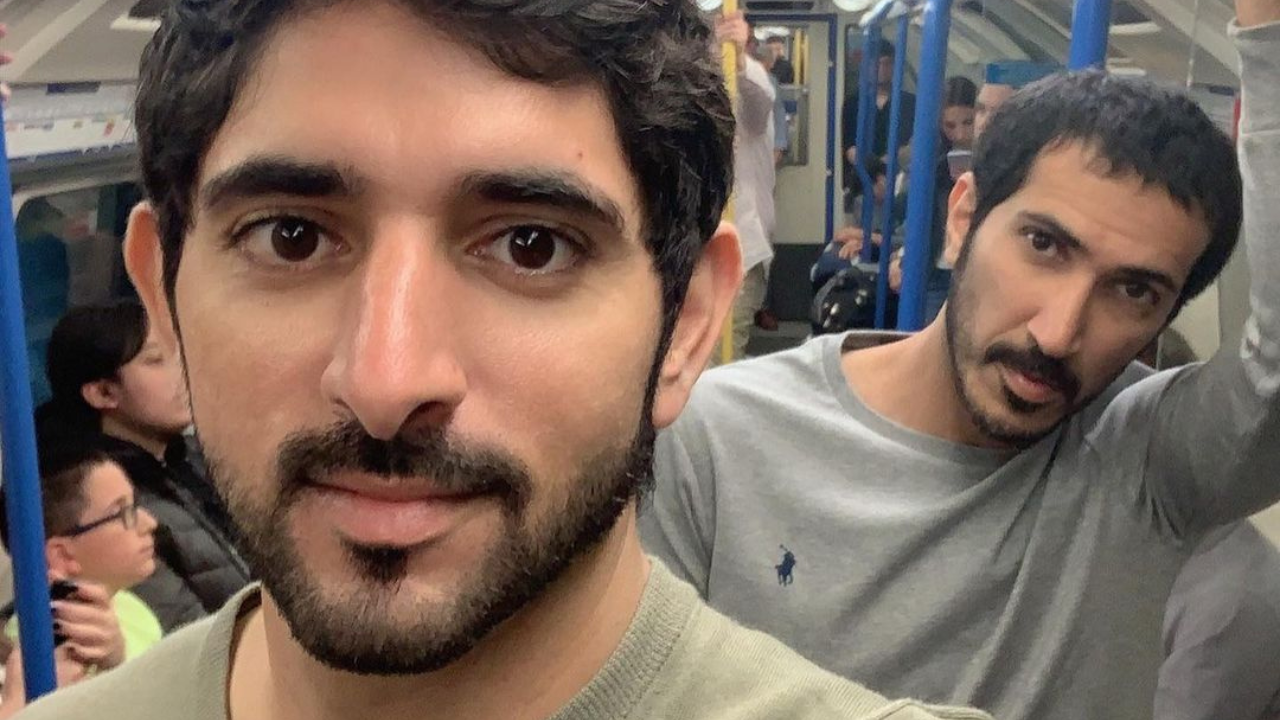 He may have 14.5 million followers on Instagram and be one of the most high-profile royals in the UAE, but HH Sheikh Hamdan bin Mohammed bin Rashid Al Maktoum has proven even he can go incognito from time to time.

Currently on holiday in the UK, the Crown Prince of Dubai has been spending ample amounts of time in London.

Over the weekend, Sheikh Hamdan, affectionately known as Fazza, was spending time in the UK’s capital and was seemingly able to go about his day being unrecognised.

His Highness shared a selfie on Instagram with his friend Badr Ateej riding the crowded London Underground.

“We’ve got a long way to go and Badr is already bored,” he said in the caption of the post.

However, just a couple of weeks ago, the Crown Prince of Dubai was recognised around central London as he was driving.

In a video captured by Sheikh Hamdan’s friend Ahmad Jaber Al Harbi, the royal is seen interacting with two fans.

Sheikh Hamdan was in his car driving in the city when he was stopped for some photos by the two individuals, who also happened to be Dubai residents.

Sheikh Hamdan’s father, His Highness Sheikh Mohammed bin Rashid Al Maktoum, the Vice President and Prime Minister of the UAE and Ruler of Dubai, is also currently in the UK and was seen walking around London with an entourage over the weekend.

The Dubai royals have also been enjoying some quality time together.

Last week, Sheikh Hamdan, shared a snap on Instagram with his father and his two children, Rashid and Shaikha, spending time together in the UK.

In the forefront of the photo, the twins are seen sitting in a pushchair, with doting dad Sheikh Hamdan and grandfather Sheikh Mohammed behind.

Sheikh Hamdan captioned the post with three heart emojis: one red, one blue and one pink, representing the Dubai Ruler and his two grandchildren.