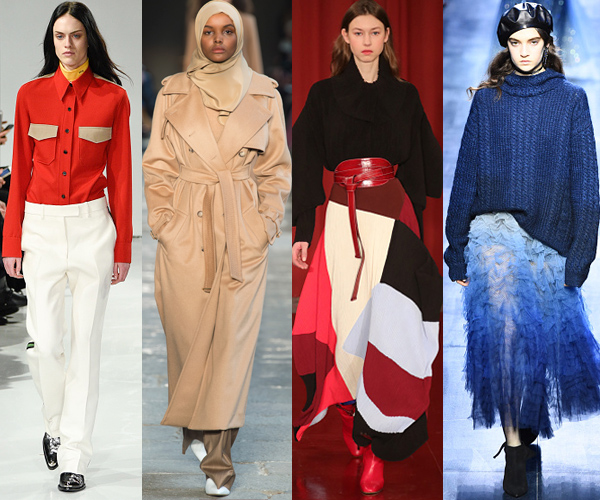 As the fashion month comes to a close, we cherry-pick some of our favourite looks…

From Raf Simons’ debut at Calvin Klein to Clare Waight Keller’s send off at Chloé, it’s fair to say that this fashion month hasn’t been short of emotion.

With many designers taking political stands and showcasing the strong women of tomorrow, there is something to be truly excited about for Autumn/Winter.

With this season there came a twist: modest fashion reigned supreme – think longer lengths and more demure styles as well as the debut of fashion week’s first ever hijab-wearing model, Halima Aden.

Here we digest some of the standout looks from the capitals…

Read:
Everything You Need To Know From Elie Saab’s Paris Fashion Week Show
The 10 Looks You’ve Got To See From Zuhair Murad’s Paris Show 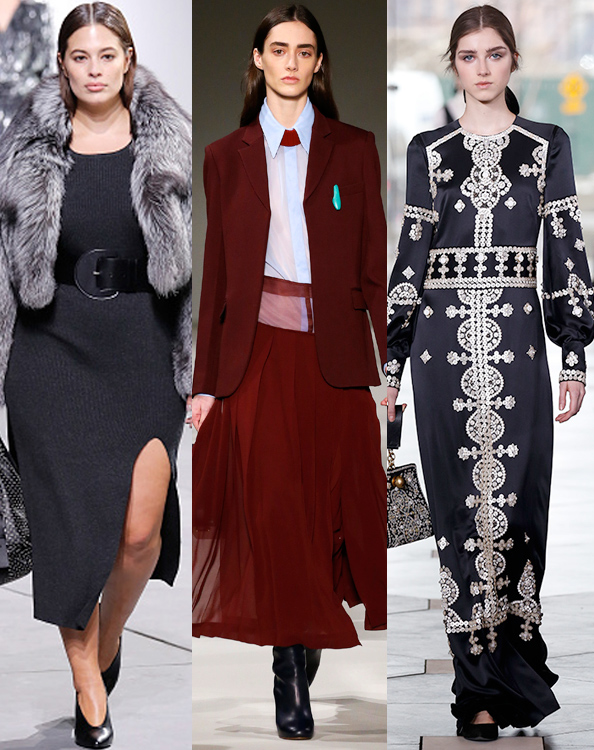 With all the political noise in the US, it was the clothes that were doing the talking at New York Fashion Week. Tory Burch introduced their new logo that adorned pockets and whimsical embroidered silk dresses, while Victoria Beckham showed us no-fuss luxury. Clothes aside, it was great to finally see diversity on the runway with plus-size model Ashley Graham walking for Michael Kors and Halima Aden’s debut at the Yeezy presentation. 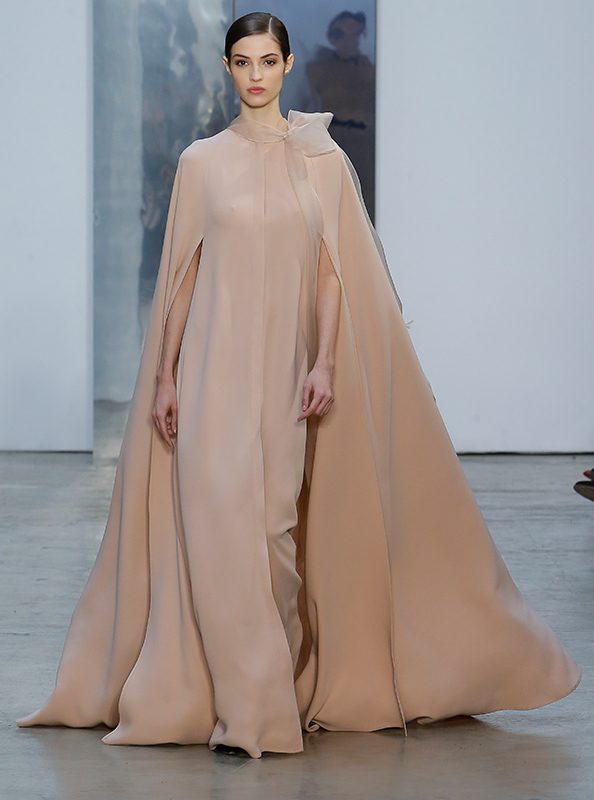 Elegant cape dresses marched down the runway at Carolina Herrera. 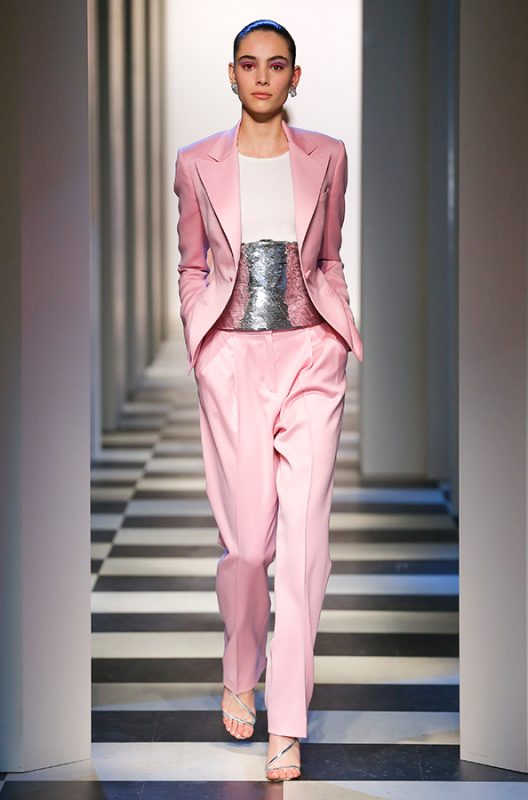 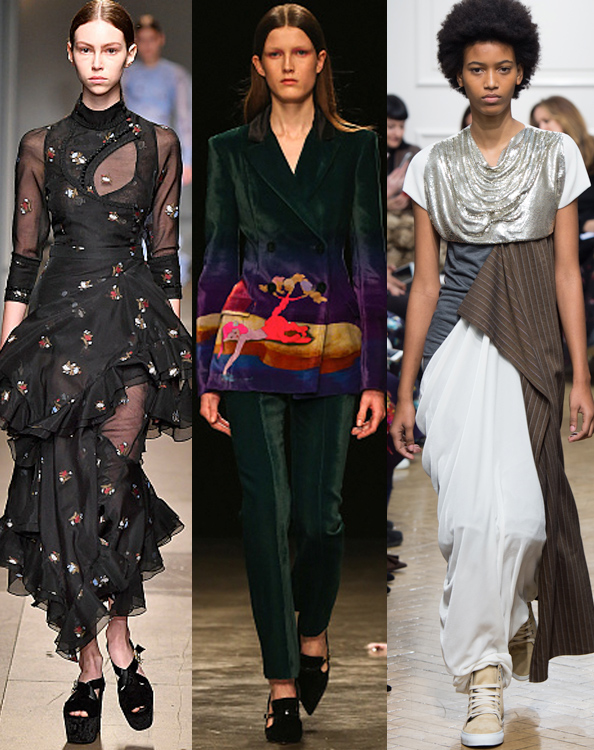 As usual London Fashion Week didn’t disappoint in the fun and quirky department. There was an interesting fusion of contemporary fabrics at J.W Anderson, superbly cut floral dresses at Erdem and playful Disney Fantasia prints at Mary Katrantzou. 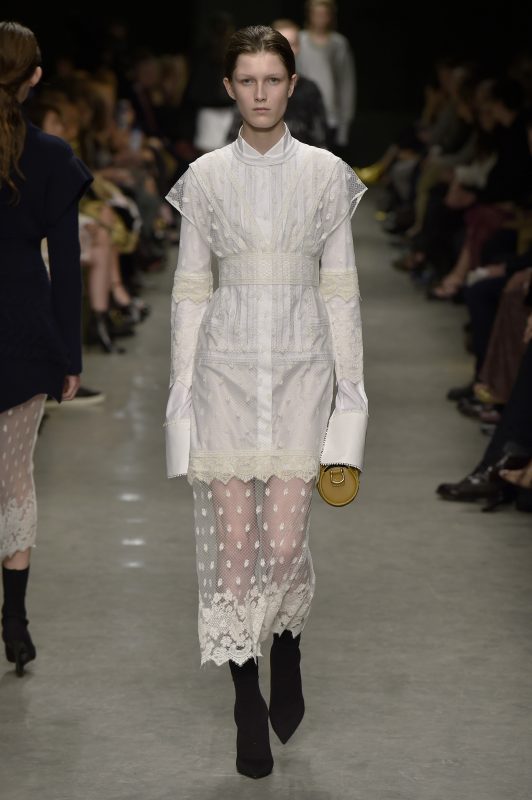 Christopher Bailey’s wearable art was a tribute to famed sculptor Henry Moore over at Burberry. The work shirts juxtaposed against delicate lace and the most-desired sculptured heeled sock boots were all available to shop straight off the runway. 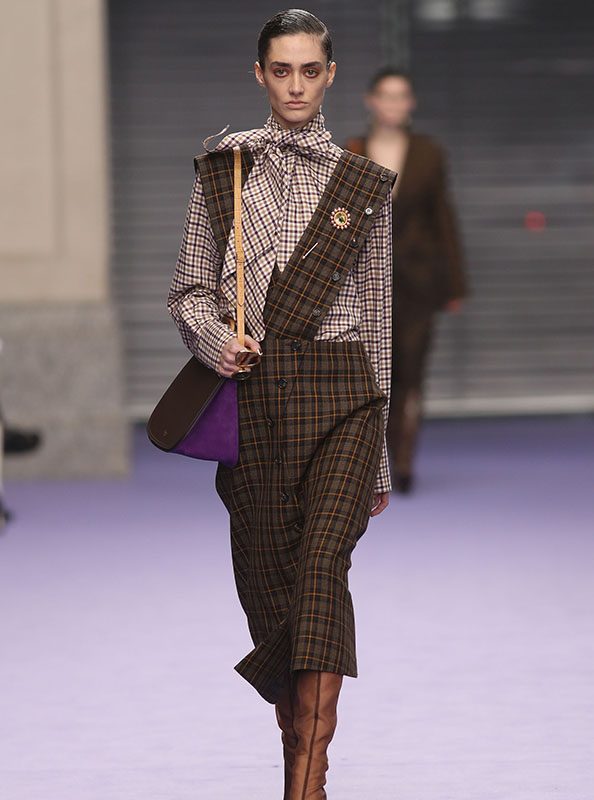 Tweed has been seen across many brands but no one captured the heritage feel better than Mulberry. 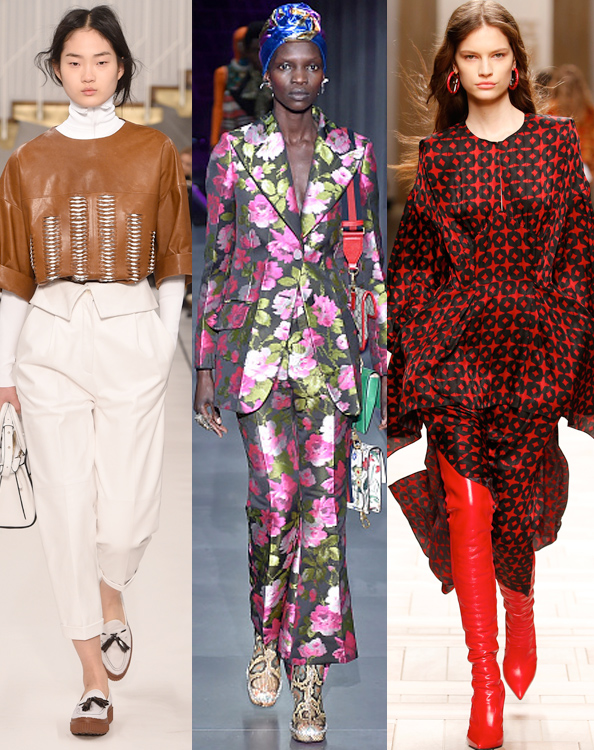 Once again, all eyes were on Gucci’s eclectic vintage prints, while at Fendi the focus was on the fire-engine red thigh-high boots that were worn under dresses and lean pencil skirts. Over at Tod’s the softest leather loafers trotted down the catwalk – the white pair wouldn’t look out of place in Dubai. 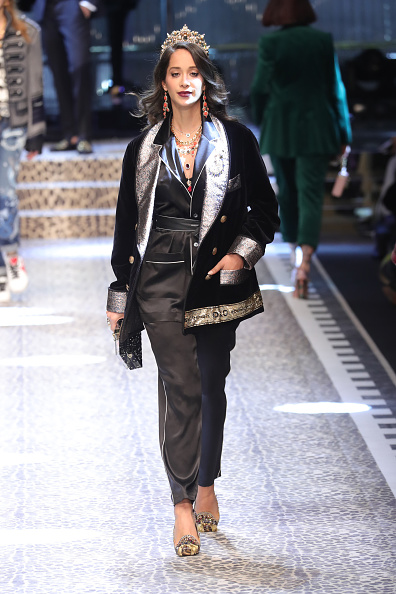 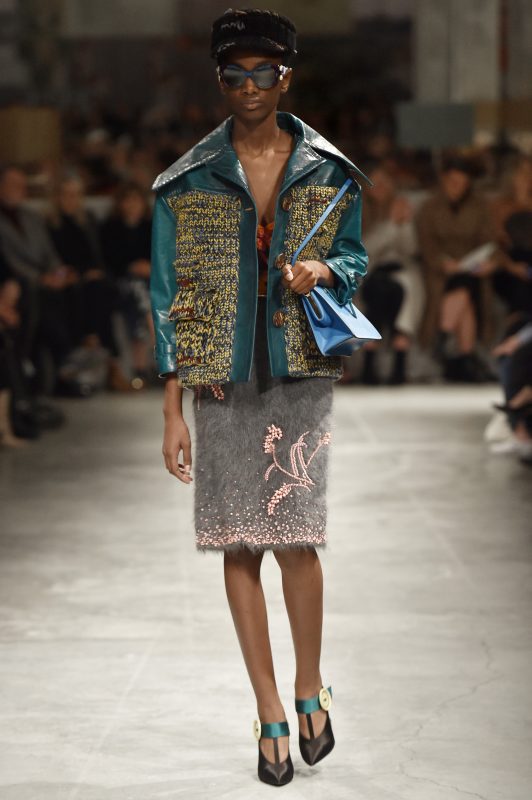 No one does a style mix better than Prada; the beautiful combination of elegant skirts worn with boxy leather jackets and flat caps had us dreaming about the autumn months already. 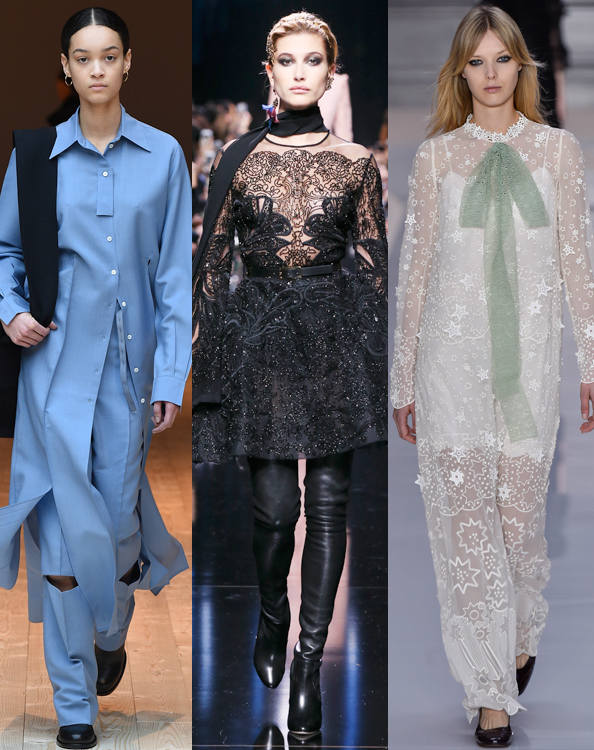 A gentle wave of navy breezed through Paris and carried some of the most beautiful collections that will be making up the bulk of our wardrobes next season. We’ll be taking a cue from Dior and Céline, where we found shades of blue as the new black, while Clare Waight Keller gave us one last glimpse of her whimsical prettiness at Chloé where she referenced the brands past with her boho brilliance.

As for Lebanese designer Elie Saab, eveningwear has never looked better with ornate dresses gliding down the runway – again worn with thigh-high boots, as seen at Fendi and Mulberry. 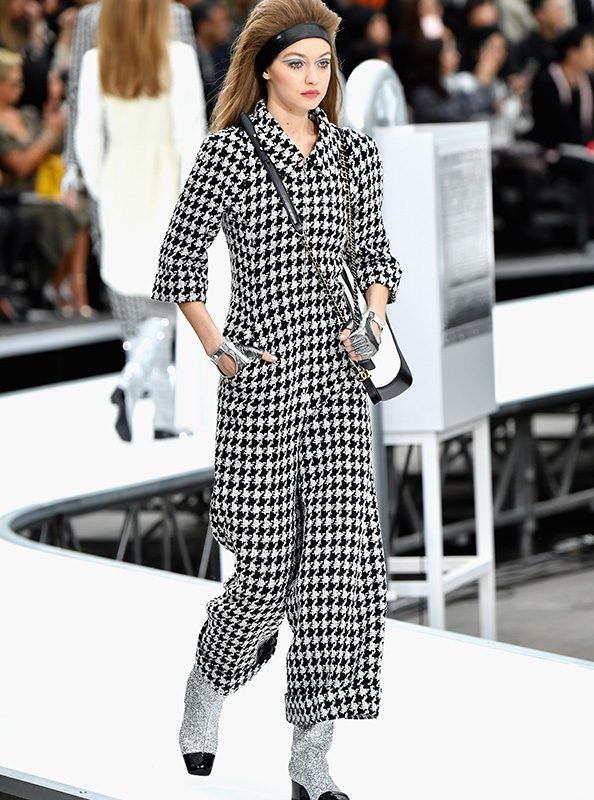 The houndstooth tweed at Chanel’s intergalactic show – there was an actual space rocket taking off at the end – was definitely our top pick along with the black-tipped silver shimmering boots and the rocket-shaped mini bag. 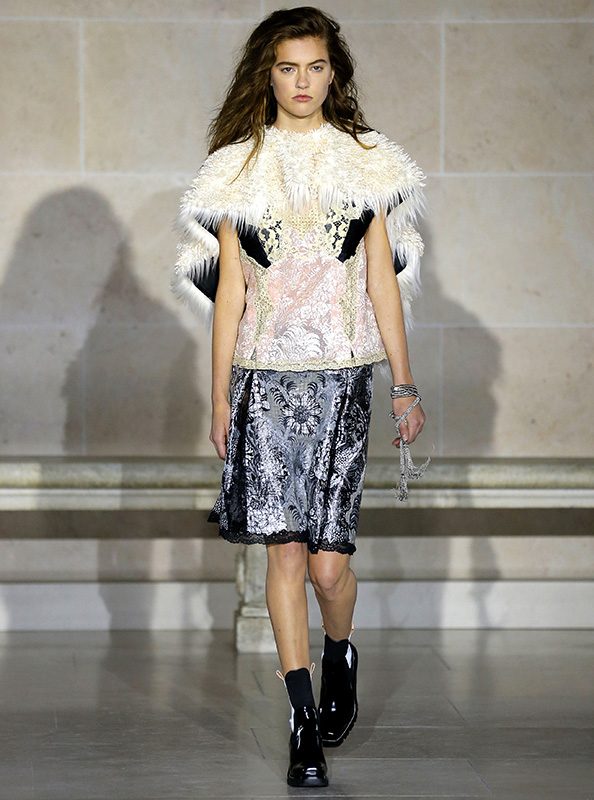 There was a lot of prettiness to love at the Louis Vuitton show, housed at the iconic Louvre museum. Creative director Nicholas Ghesquière toughened up slip dresses with combat boots and elevated the newly-loved tracksuit, confirming once again why the cool girls want to wear his creations.