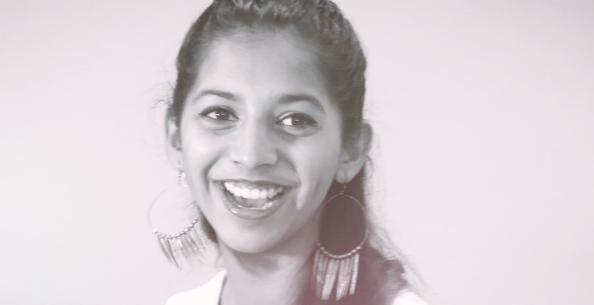 If you haven’t yet heard Esther Eden‘s story, it’s a good one.

It was like something out of a movie. Aspiring singer performs in front of famous pop-star. Pop-star has aspiring singer open for her at music festival. Recording contract in the bag shortly after, and with Universal Music, no less. Well, that’s the short version. We’ve elaborated a bit more below.

In 2014, when Esther was 16, pop-star Jessie J paid a visit to her school. The school-kids put on a show for the hit artist, paying tribute to her music by performing covers of her songs on-stage.

Last to perform was Esther, who after being told to simply cover one of Jessie J’s numbers, decided to defy her teachers and play an original of her own.

A bold decision that sparked off a whirlwind of opportunities.

Esther began to sing, only for her to be interrupted by Jessie J mid-song. It wasn’t because Jessie J was annoyed, no. It was because she wanted Esther to start over again so she could film the performance. The video of which, can be seen here:

Jessie J was so impressed by Esther’s performance, she asked her to join her on-stage at RedFestDXB later that night to perform to over 10,000 people.

We managed to score ourselves an interview with the young, rising star – who aside from her charm managed to prove her musical worth by performing a Christmas cover and an original song that got us misty-eyed. Check out the exclusive interview below.