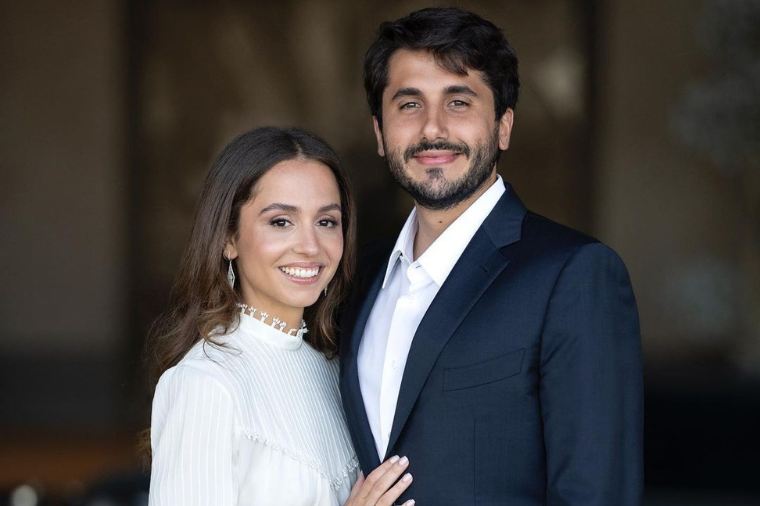 The exciting news was announced last week that the eldest daughter of King Abdullah II and Queen Rania of Jordan, Princess Iman, is engaged.

Sharing a photo of the young royal with her fiancé, the Royal Hashemite Court revealed the 25-year-old is to wed Jameel Alexander Thermiotis.

The announcement came as somewhat of a surprise to royal fans as Princess Iman’s relationship with Thermiotis has been kept very private and little is known about the royal’s fiancé. However, here’s what we do know about the soon-to-be-husband so far.

According to reports, Thermiotis’ is of Greek descent, but was born in Caracas, Venezuela in 1994 and is currently 28-years-old. Thermiotis’ family also reportedly has a significant fortune, ranging between $10 million to $20 million.

Every year, he and his family visit the Greek island of Andros.

As for his career, Hello Magazine reports that Thermiotis works as a financier in New York City. He is currently a managing partner at a venture capital fund Financorp Holdings Corporation after graduating with a degree in Business Administration.

The Royal Hashemite Court is pleased to announce the engagement of Her Royal Highness Princess Iman bint Abdullah II to Mr. Jameel Alexander Thermiotis, and extends its sincere congratulations on this occasion

While it’s still unknown how the couple met, Princess Iman attended Georgetown University in Washington DC, so she has spent a significant amount of time in the USA, where Thermiotis resides.

Another portrait of the couple was also released with Crown Prince Hussein. The elder brother of Princess Iman congratulated her saying, “Warmest congratulations to my dear sister Iman and to her fiancé Jameel on their engagement. I wish you a lifetime of happiness together.”

More details about the impending nuptials are yet to be announced.