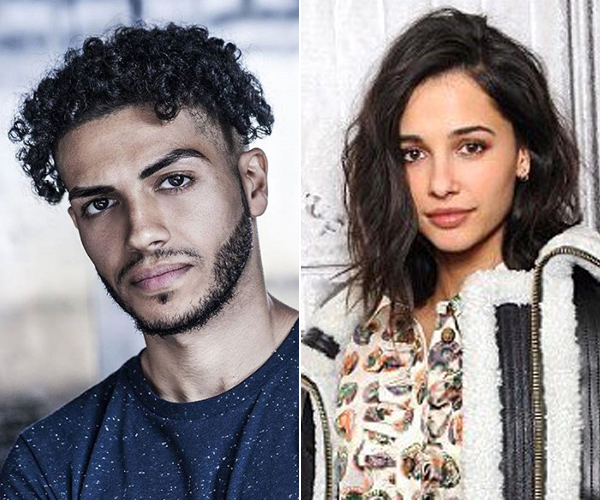 It’s been 25 years since he showed us a Whole New World, but Aladdin’s all set to make a return to the big screen.

In a live-action epic directed by Snatch‘s Guy Ritchie, the tale of a plucky street urchin turned faux prince is expected to begin filming next month after a lengthy search for its lead stars.

The three top-billed cast members were announced this week, with Men In Black star Will Smith taking on the role of the Genie (as voiced by the late Robin Williams in the animated 1992 film).

Read:
An Egyptian Actor Has Been Cast As Aladdin In Disney’s Live Action Film
There’s A Reality Show Coming To The Palm… And You Could Be Part Of It

The parts of Aladdin and Princess Jasmine were revealed to have gone to actors Mena Massoud and Naomi Scott, relative newcomers to the Hollywood scene.

So, we’ve delved a little deeper to find out more about the two leads who’ll take us on a magic carpet ride in the near future.

The Egyptian-Canadian actor won the top spot after a months-long search to find an actor of MENA descent.

A global casting call was launched in March to find stars who not only looked the part but could also act and sing, with a reported 2,000 actors and actresses auditioning for the roles of Aladdin and Jasmine.

Little is known about the actor who eventually beat the others out (there’s not even official confirmation of his age yet), but we do know that Massoud was born in Egypt before moving to Ontario with his family at the age of three.

The actor is relatively unknown in the film industry (something Disney were keen to find) but he does have some credits to his name.

Massoud appeared in TV show Open Heart in 2015, taking the role of Jared Malik, but his first TV appearance was in Nikita.

This year is set to be a big one for the actor – aside from filming Aladdin, he’ll also play a CIA analyst in Amazon’s Jack Ryan series, starring The Office US star John Krasinski.

Here are some more fast facts about the actor:

– Before he broke into Hollywood, Massoud studied at the University of Toronto and Ryerson University.

– He’s a big fitness fan, and it looks like he won’t have any trouble getting to grips with Aladdin’s acrobatic feats around the souks:

First time training vertical jump w/ @vegansthenics. Cleared 19 stacks + the base board. This is 18 + base. #jump #training #vegan #gym

– Looking like a prince won’t be too hard for him:

– He’s experienced in working with animals:

– And he’s previously opened up about struggling with race in Hollywood.

“At this point in my career, being a visible minority in this industry still affects me,” Massoud told Defective Geeks in 2015.

“I can’t compete for roles that require me to be Caucasian or African American, even if those characters really connect with me and intrigue me. The competition may be less, some people would say, but the amount of work to be had is less as well.”

Jasmine, the strong-willed princess determined to marry for love rather than riches, will be played by this 24-year-old British actress.

And her casting has been causing rather a stir ever since it was revealed.

The choice of Scott, whose father is British and mother is of Gujarati Indian descent, has been slammed by critics who’ve called out Disney for not casting an Arab actress.

Though the tale of Aladdin is set in the fictional country of Agrabah, many believe this would be based in the Middle East – and therefore an actress of Middle Eastern descent should play the kingdom’s princess.

Read:
This Zuhair Murad Wedding Dress Is What Bridal Dreams Are Made Of
This Model’s Outfit Has Sparked An Investigation In Saudi Arabia

However Disney had previously stated they were looking for stars from the Middle East and India – so Scott’s appointment shouldn’t come as too much of a shock.

And while some fans have blasted the studio for treating Arab and Indian heritage as “interchangeable”, others have commended the casting of the accomplished singer/actress.

Here are some more fast facts about Scott:

– She was born in London, and both her parents are pastors.

– She’s definitely got the pipes to take on the film’s iconic soundtrack:

– She plays the piano and co-writes her own music.

– She’s been married to English footballer Jordan Spence since 2014:

– Her beauty game is strong:

– And we can’t wait to see her take on Jasmine: