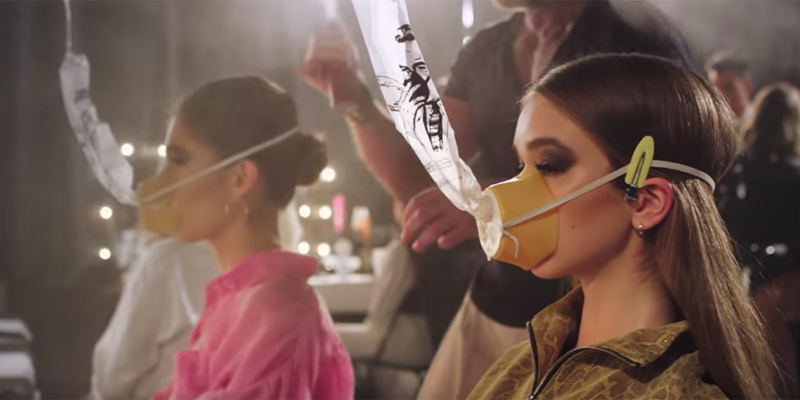 From one runway to another…

If you’ve ever flown with Air New Zealand, you’ll know that airline safety videos don’t have to be complete snooze-fests. From Lord of the Rings-inspired epics to celebrity cameos, the airline has a knack for grabbing passengers’ attention.

Now, Abu Dhabi-based airline Etihad Airways has just launched its own creative offering – and we think it might be the most stylish safety video we’ve ever seen.

The airline has partnered with British designer Julien Macdonald to create the video titled ‘Runway to Runway’, which shows the parallels between the backstage of a high-end fashion show and the preparation that goes into ensuring a safe and comfortable flight.

Read:
14 Of The Best Travel Hacks That Will Make Your Holiday A Breeze
The Beauty Essentials To Pack In Your Carry-On This Summer

The video features more than 17 eye-catching couture outfits from the designer, modelled by WME and IMG models.

But don’t worry – it’s not all style and no substance. The airline still manages to get its safety messages across: One model clicks a seatbelt over her designer dress as if it’s the season’s hottest accessory, while models getting their hair styled wear oxygen masks to avoid the cloud of hairspray.

The new safety video will be available to watch onboard from late autumn.

FYI, Etihad is a major supporter of the fashion industry, sponsoring 17 fashion week events around the world – including in New York, London and Milan. Something to think about next time you board a flight in your sweatpants and flip flops…