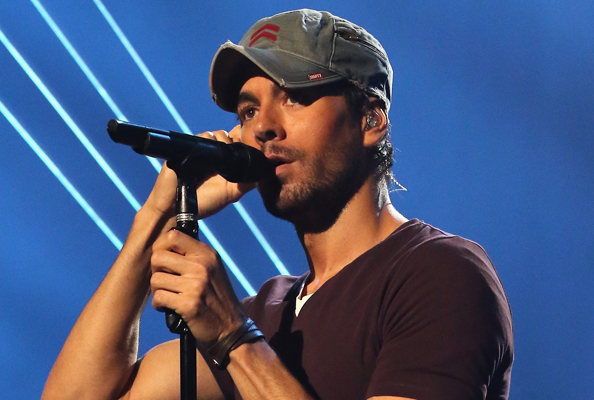 The king of Spanish pop is expected to take our breath away next year.

Yes, the Spanish-singing superstar will be jetting into the UAE in February 2017 for the annual three-day music event, where he’ll take to the stage on the night of Friday 24.

Widely known as the King of Latin Pop, Iglesias has a string of hits under his belt from a two-decade-long career.

One of the most famous is this, which has sold a whopping 8 million copies alone:

Also notable is Bailando, which spent a record-breaking 42 weeks at the top of Billboard’s Hot Latin Songs chart:

Iglesias – who’s the son of fellow singer Julio and a Filipina journalist – has also dueted with Whitney Houston, Christina Aguilera and Kelis.

Read:
Sheikh Mohammed’s Daughter, Sheikha Latifa, Just Announced Her Engagement
There Were So Many Celebrities In Town For The F1 This Weekend
Hijabi And Burkini-Wearing Teen Hopes To Break Down Muslim Stereotypes At Pageant
In Pictures: The Coolest New Display At Dubai Miracle Garden

All in all, he’s sold more than 130 million albums worldwide, with more than 150 No1 hits across all of the Billboard charts.

This won’t be Iglesias’ first time performing in the UAE – he headlined a post-Formula 1 concert in Abu Dhabi last year, and held a show at the Dubai World Trade Centre back in 2012.

When is the show?

The Dubai Jazz Festival is scheduled for February 22 to 24, and while other headliners have not yet been announced, we’ll keep you updated.

The event will be held at the Media City Ampitheatre, and tickets are on sale from today (they range from Dhs335 to Dhs1,595 for VIP access).

See you there… we’ll be the ones at the front, hoping for a rendition of this early-years tune…