“Empower A Woman And You Empower A Society” – Queen Rania 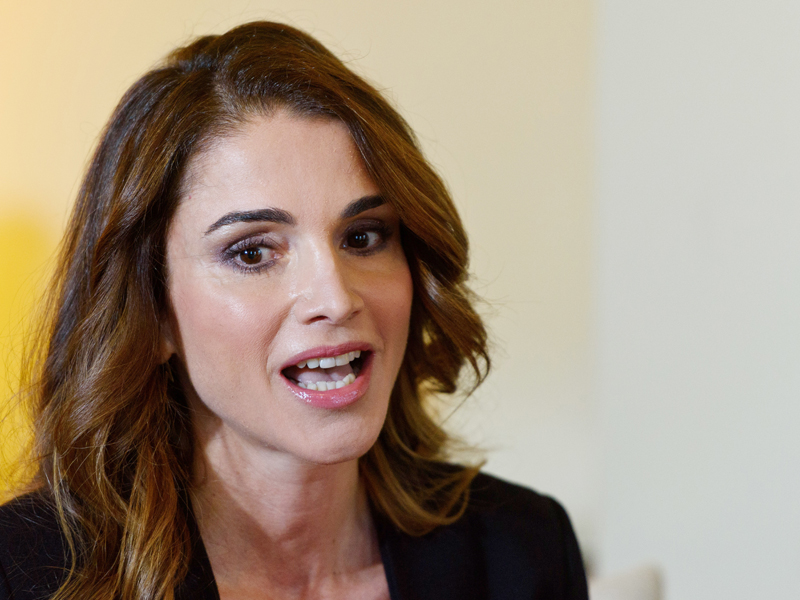 Twenty-three per cent of women in the UAE ministry are women. Women are breaking boundaries – within the first five minutes of the first ever Global Women’s Forum, held in Dubai, it was clear that women’s rights are a powerful topic within Middle East. A topic that inspiring feminist Queen Rania Al-Abdullah of Jordan was all to happy to debate as a keynote speaker for the event…

“There is no better place than the UAE for inspiring women,” was Queen Rania’s opening line at the Global Women’s Forum Dubai, and one that was met with rapturous applause – remember nine women were recently appointed as ministers in the UAE government, something the queen was all too proud of. “Two young women have been appointed as ministers. Congratulations!” 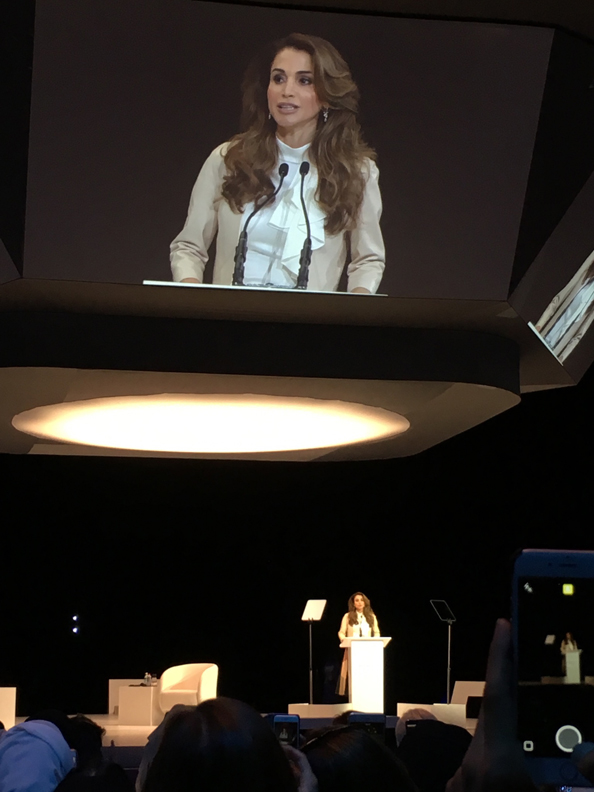 “The UAE inspires and it is innovative… the UAE has achieved tremendous gains for women… [it has] encouraged women to break beyond boundaries,” continued Queen Rania, who addressed a crowd that included His Highness Sheikh Abdullah Bin Zayed Al Nahyan and Sheikh Hamdan bin Mohammed bin Rashid Al Maktoum, the Crown Prince of Dubai. “[Thanks to innovative thinking] there are women who have become leaders in politics, literature and arts. Women who are not limited to what society expects.”

Related Story: New Minister Of Happiness Is A Woman!

The royal was passionate in her appeal to encourage women to push forward and break the shackles of a prejudiced society. She said: “We have to break moulds that shape women and girls when they are born… These moulds restrict capabilities of women’s talent and future… We need to allow women to spread their wings and show their colours.”

Queen Rania was keen to highlight the stereotypes that are not only just imposed on women but on their religions. “[It’s important to understand] that it is culture not religion that restricts women. Islam does not restrict women,” she said before explaining how Islam gave women their rights – during the war “women were warriors and nurses”.

Over time, she believes the way people perceive, or rather misperceive, Islam has limited women and the activities they play in society.

“We need to change perceptions for the next generations,” she said, addressing the crowd, which was majority women hanging on her every word. “Situations are getting more difficult. We need to fight the currents that are throwing us centuries behind.” 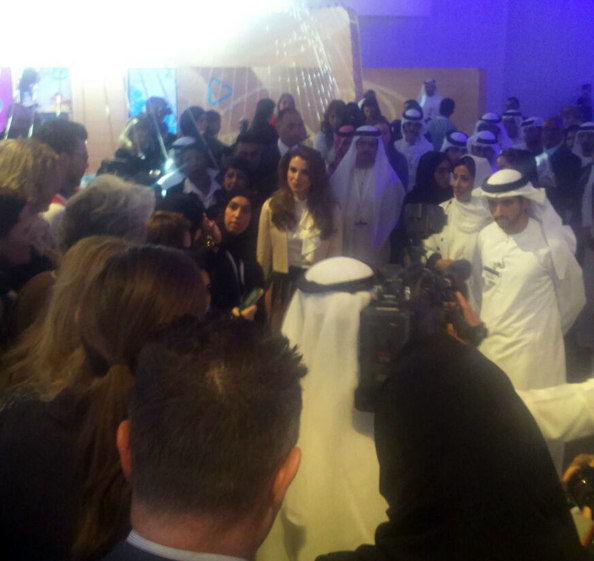 She continued: “Many Arab women have faced tragedies, turning their lives into worse scenarios… We are stuck hovering on same grounds that are inherent by backward ideologies… Today we must give women a louder voice to participate.”

Drawing on her own experience with Middle Eastern feminists she added: “I work a lot with hard working women and when I ask about their hopes they all say the same thing: ‘I want to help women in my community.’ That is the instinct of all women. It is an instinct that God gave us.”

“The success of one woman is always followed by the success of other women. A successful woman reaches out to those around her and pulls them up,” added the Jordanian royal.

Queen Rania is hopeful for the future, particularly after seeing the huge advancements for women in the UAE. She believes the new digital space, combined with modern innovation, gives us the power to overcome many barriers facing women.

“Innovation means possibilities are infinite. Innovation breaks moulds not limited by opinions or agendas,” she said before pausing to deliver her most inspiring line. “If you empower  a woman, you empower a whole society.”

It was a line that made every woman in the room pause. For Queen Rania this was her ‘I had a dream’ speech. For us women it was the line that finally made all our dreams attainable.

#GirlPower in the Middle East is about to go way beyond its potential.