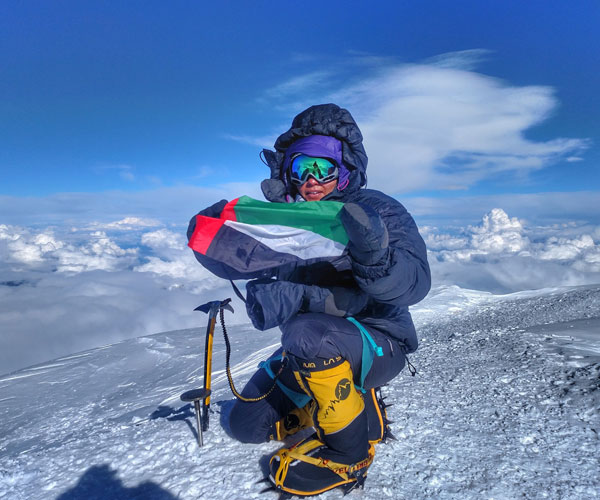 Hanady Alhashmi is the first Emirati woman to knock off Denali in Alaska, USA.

But Abu Dhabi-based adventurer Hanady Alhashmi is setting her sights on the “seven summits of the world” – the highest mountains on each continent – and last month became the first Emirati woman to conquer Denali, North America’s tallest peak.

The 30-year-old said it took about five months of training to prepare for the ambitious climb to the summit of the 6,190-metre mountain.

She would head out to the desert before and after work, lugging a 20kg backpack and dragging tyres through the sand to recreate the sensation of pulling a sled along the snow.

Read more:
This Saudi Adventurer Is On A Mission To Get More Women Into Sport
Emirati Athlete Defends This New Sports Hijab Against Critics

However, the UAE summer heat couldn’t have prepared her for the mountain’s notoriously challenging weather conditions. This season was a particularly bad one, with just a 30 per cent success rate for climbers attempting to make it to the summit.

“It’s such a difficult mountain, not just physically – the issue is the weather. There’s a big risk of frostbite,” Alhashmi said.

“We had to shake and swing our hands to warm them up.” 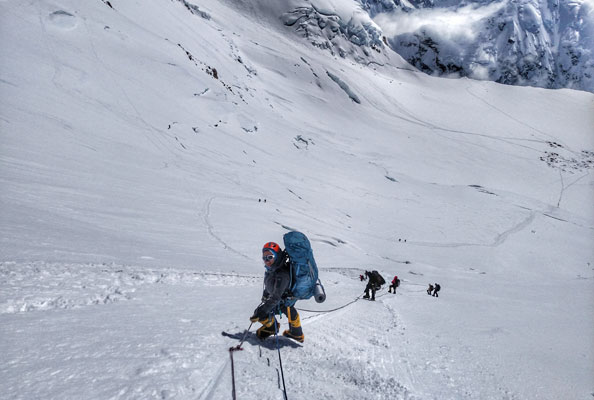 The expedition took 18 days in total – 15 to reach the summit, and three to descend. About a week into the climb, Alhashmi developed a chest infection, which made it difficult to breathe – but even then, she managed to keep going.

“I was fortunate and strong enough physically to continue with the expedition,” she said.

Read more:
Nike’s New Campaign Has A Powerful Message For Women In The Middle East
This Giant Sportswear Label Is Launching An Activewear Hijab

Alhashmi, who started hiking three years ago in the UAE and Oman, adds Denali to an impressive list of peaks. She has also climbed Mount Kilimanjaro in Tanzania, Mount Elbrus in Russia, and Aconcagua in Argentina.

She is already planning her next challenge – Vinson Massif in Antarctica, which she aims to complete next year, after a much-needed rest.

“It’s been a week or two since I’ve been back and I’m still recovering,” she said with a laugh.

Alhashmi hopes to inspire other women to get involved in the sport, and is behind a women-only adventure tourism initiative called Elevation.

“A lot of people think it’s a very male-dominated hobby, but it really isn’t,” she said.