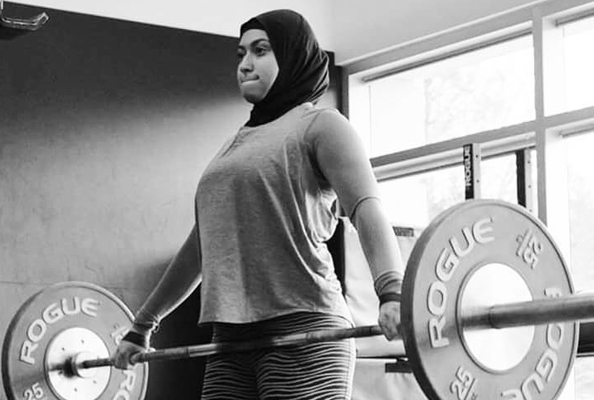 “I support Muslim women with or without hijab, and how they dress is their choice,” says Amna Al Haddad.

She was one of the women behind its conception, and now Amna Al Haddad has spoken up in support of Nike’s new sports hijab after its announcement attracted some critics.

The activewear brand revealed its Pro Hijab last week, and credited a conversation with the Emirati weightlifter as sowing the seed for the idea. 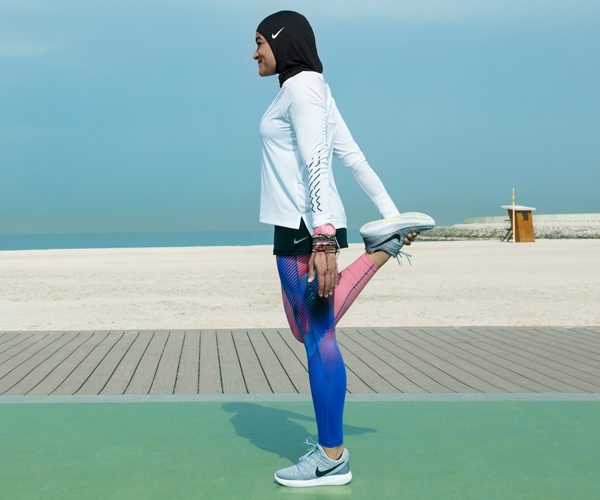 “[Al Haddad] recounted how the garment’s weight, the potential for it to shift during action and its lack of breathability disrupted her focus,” said Nike.

“She also detailed her extreme difficulty finding performance hijabs; Amna had only one competition-worthy covering, so she had to hand wash it every night during competitions.”

Read:
Nike’s New Campaign Has A Powerful Message For Women In The Middle East
This Giant Sportswear Label Is Launching An Activewear Hijab

While the breathable mesh hijab was lauded for its inclusivity and diversity by many around the world, some commentators used social media to call the item a symbol of oppression.

Al Haddad addressed the controversy in an open letter posted on her Facebook page on Friday, saying the hijab’s creation was based on unprecedented demand.

“From my perspective as a former athlete who competed in hijab, in the past, the big brands didn’t see the need or market for it as it was not ‘popular’ and it was unheard of to see women train, exercise and compete in hijab,” the weightlifter wrote.

“It is a recent phenomenon where more women have expressed a need for it and more professional athletes have fought for rights to compete with a headscarf, and have an equal playing field. We made it big in the news, we couldn’t be ignored.”

Describing Muslim women as “underdogs”, Al Haddad says companies had little choice but to stand up and notice the need for faith-appropriate sportswear.

“They know that we are here to stay and decided to join the party and create another ‘competitive’ sport hijab in the market, which by the way, did exist in the market for few years now.” 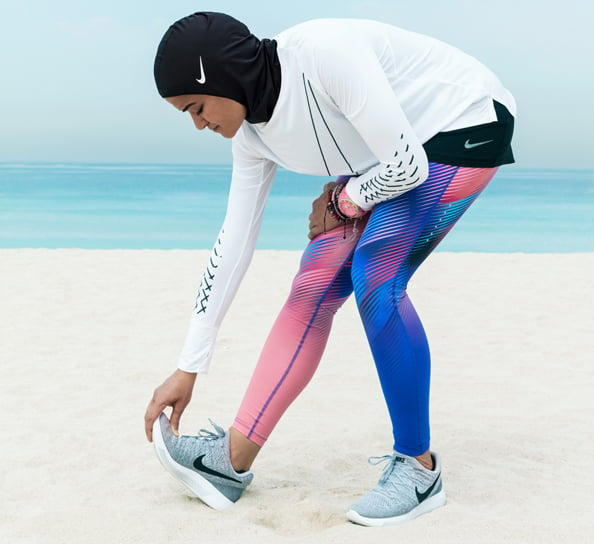 The Pro Hijab was tested intensively by athletes from the region, including Al Haddad and Emirati figure skater Zahra Lari. Weighing in at about 155 grams, the hijab will be sent to athletes around the globe before it’s released for general sale in spring 2018.

“The Nike Pro Hijab may have been more than a year in the making, but its impetus can be traced much further back, to an ongoing cultural shift that has seen more women than ever embracing sport,” Nike said in a press release.

Al Haddad revealed she believes the launch will “encourage a new generation of athletes to pursue sports professionally”.

“I support Muslim women with or without hijab, and how they dress is their choice,” said the weightlifter. “Without us athletes who fought for this right and made it happen, Nike wouldn’t ‘just do it’.”