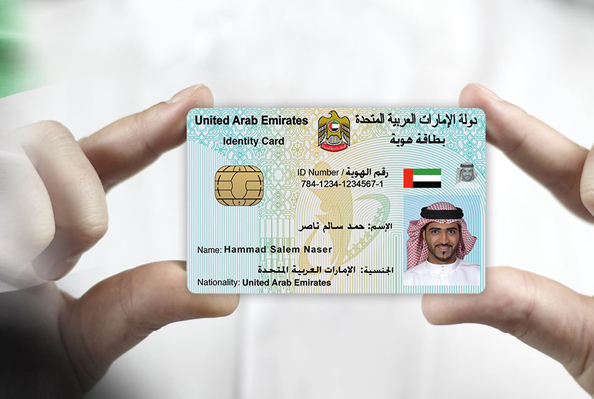 Do you know what the benefits are for having an Emirates ID? Turns out neither did we, and there are quite a few.

While there are many benefits to living in the UAE – eternal summers, vast beaches and award-winning restaurants – it turns out we have even more than we realised.

According to an opinion poll by the Emirates Identity Authority 45 per cent of Emirates ID cardholders are unaware of the privileges of the card. While the government website, including the live chat with Hamad, who we contacted for researching this article, only highlight the obvious security protection benefits – the card helps against fraud, and identity theft – there are other advantages.

It turns out the Emirates ID card that all residents in the UAE, including expats, are required to have offers more than just basic security.

It has now been revealed, as of next year (between January and March), your Emirates ID card will replace your Dubai health insurance cards.

“We are moving all insurance cards to Emirates ID in the next few months, say by the first quarter of 2017,” Dr Haidar Al Yousuf, director of Health Funding at the Dubai Health Authority, told Gulf News.

Here we reveal five of the best Emirates ID benefits:

Banks Can Identify You

That little chip on you card retains all your personal data, including your bank history. The chip can store up to 32,000 letters, which are only readable by the authorised authorities.

Travelling In Airports Is Easier

Getting in and out of the airport is simple. UAE citizens and residents can add E-gate service to their cards and use it for travelling.

Today Emirates ID card holders have been told by the General Directorate of Residency and Foreigners Affairs (GDRFA) that they can use this service at the arrival wing of Terminal Three at Dubai International Airport without the need for prior registration.

Major General Obaid Muhair Bin Suroor, Deputy Director General of the GDRFA is confident that the service will be soon activated in all other terminals.

***Though please note, when Emirates Woman called, and emailed, three official E-gate offices they were unaware of this service.

To use your Emirates ID card for other terminals the service fee is Dhs300 and is valid for two years.

How To Be A Millionaire In Dubai

You Can Pay For Petrol With It

ADNOC SMART is a fuelling self-service at ADNOC petrol stations. The oil company revealed it will allow customers to pay for fuel using three methods of payment including the ID card.

Hospitals Will Get Better Access To Your Medical History

Before only a few hospitals, including Khalifa General Hospital, were able to link medical files to a patient’s ID card, saving time and making procedures more accurate and comprehensive. Now insurance companies have been issued with a deadline to ensure all their customers’ card details are on the database and can be accessed by hospitals and clinics when handing over the Emirates ID.