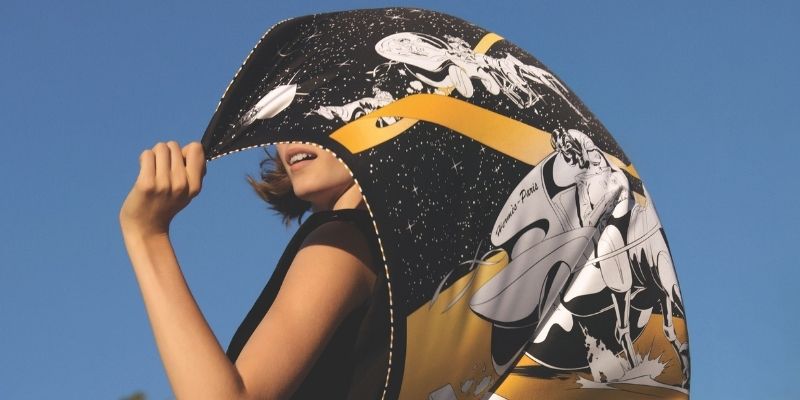 One hundred years after Hermès’ inception, the iconic Maison launched the silk carré. It’s since become an icon for the brand resonating the positive power of the fashion house’s signature DNA.

“You must perfectly master the rules, the better to break them,” says Pierre-Alexis Dumas, the artistic director of Hermès and the grandchild of Robert Dumas, who created the first-ever Hermès carré made from pure silk.

Embodying this trait, the world’s most longstanding fashion brand has continued to harness its iconic traits, intrinsically knowing the power and positive value of having its own signature DNA which has been cultivated through 183 years of hard work – 83 of which the Hermès carré has been a part of. As Pierre-Alexis explains, from its inception, the carré – measuring 90cm by 90cm – was imagined and composed as its own autonomous piece – not as an accessory. Carving itself as its own icon, the Hermès scarf represents the importance of art, expressing individuality and detailed design.

“My grandfather was fascinated by the rigour imposed by printing on silk, and he immediately addressed the creation of his motifs through composition,” Dumas says. “He, therefore, accorded great importance to the design, refusing to accept approximation in the representation of animals, objects and details, and he ended up with a very expressive printed style, even when he was not the originator of the design.”

By 1978, the new Hermès director, Robert Dumas’ son, Jean-Louis Dumas, injected a further storytelling element into the house’s carré. Coming to life in a new way, the designs were more abstract, but still holding the intrinsic Hermès DNA the scarves are so well known for. When Pierre-Alexis stepped into the role of artistic director in 2003, new talent was championed and continues to be, with creatives around the globe continually contributing to the carré design process. 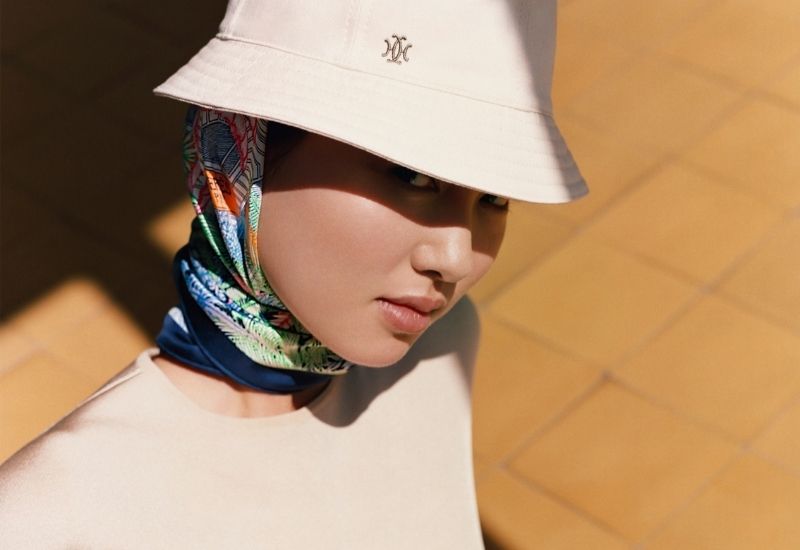 The Power of Colour & Silk

As part of its signature, the Hermès carré is famed for its use of colour in more ways than you can imagine – it’s the secret to the success of each collection released. The late Leila Menchari – who was with the Maison for 52 years, 35 years of which she was responsible for the artistic direction of the window displays for 24 faubourg Saint-Honoré – previously said that colour is incredibly “subjective”. “The work of colouring the carré requires time, because each design must be produced in around ten different colour schemes, or ‘ambiences’,” she said. Menchari previously recalled how when she first came to the Maison in 1961 that the “backgrounds of the scarves were much more neutral, often white”. Throughout her time with Hermès, the power of colour and silk together evolved immensely and “today it brings different reliefs to the design, and silk lends itself perfectly to this.” This is the signature essence of Hermès – to give the carré its magic touch.

To date, over 1,500 versions of the silk carré have been created, across three generations of the Dumas family throughout the last eight decades. For each season, there are an array of designs produced which then need to be printed onto silk. As for the numbers in the creation process of the carré, it’s an 18-month time span from the official start to finish. In this year-and-a-half time span, there’s a seven-step process.

Firstly, the weaving process which comes from a Brazilian mill from raw silk, which is eventually made into rolls approximately 150 metres long. Then comes the engraving – the art and patience of the creation process. For carrés that have 30 colours means an estimated 400 to 600 hours of engraving, but the most complex of designs such as the ‘Les Jardins d’Analouise’ calls for 1,500 to 2,000 hours of work. In the silk-screen printing process, the engraved pieces are coated with a layer of photosensitive gelatine which then hardens and prevents colour from leaking. 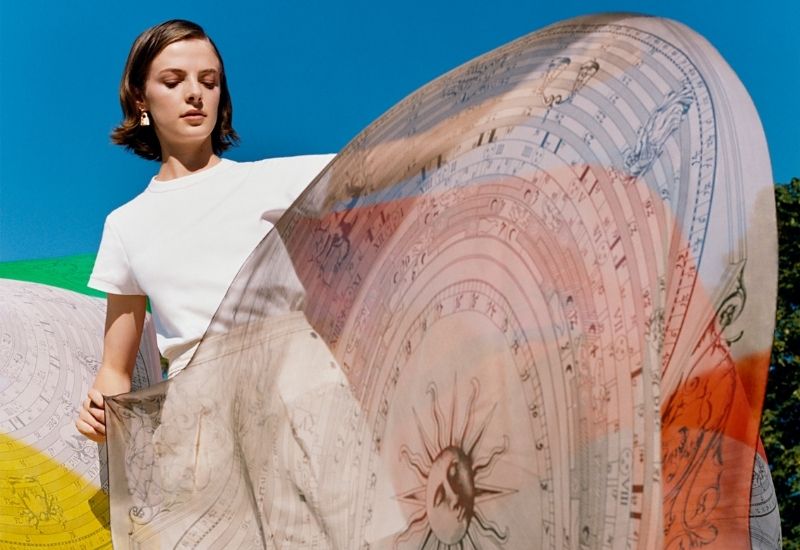 It’s then time for the proposed colour schemes, which truly brings a carré to life. Colourists propose said schemes, with each scarf produced in 10 different harmonies to see what the winning hue combination is. Following this, the colour is “cooked” by craftsmen who produce the formula conjured by the colourists. Then comes the printing process whereby the 150 metre-long rolls are stretched onto the silk-printing tables, where the frames are applied one after the other. And finally, once the length of silk dries, a process of fixing colours, washing and drying occurs. The unique rolled hemme on an Hermès carré is handsewn.

Celebrating the signature DNA of the Hermès scarf is the Carré Club, which aims to bring the know-how of the carré to people. It’s an interactive and immersive experience into the world of silk, bringing the positive spirit of art, culture and design of Hermès to life.

Having been on a world tour to Paris, New York City, Milan, Toronto, Singapore and Los Angeles, Hermès Carré Club is finally coming to Dubai. Not only can you meet some of the artists behind the iconic motifs – including Cyrille Diatkine, Gianpaolo Pagni, Octave Marsal, Theo de Gu and Daiske Nomura – but you’ll see the designers showcase their creative process live.

From January 15 to January 20, 2021, Hermès invites you to immerse yourself in the world of the silk carré at Alserkal Avenue in Dubai. Experience the world of design at the forefront to see exactly what it takes to create such a signature and iconic piece season after season.