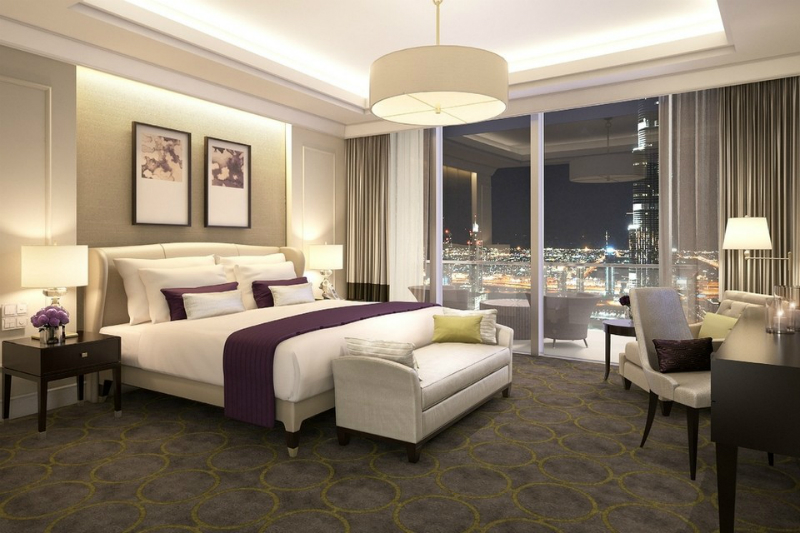 Five months since the New Year’s Eve blaze that destroyed the Address Downtown Hotel, Emaar Hospitality Group has announced it is set to open its first new Address ­hotel in six years.

The extravagant new five-star hotel is set to open in the final quarter of 2016, with work on the property said to be in near completion.

Called, Address Boulevard it will be housed on the lower floors of a new, 72-storey Downtown Dubai tower linked to The Dubai Mall.

Renderings of the soon to open Address Boulevard Hotel

Standing at 368-metres tall, the Address Boulevard Hotel, will be the 33rd tallest building in the world and the second tallest, after Burj Khalifa in the Downtown neighbourhood.

The curvilinear tower has been designed by the Dubai-based architects Norr Group and built by contractor Brookfield Multiplex. It houses 196 rooms on the lower floors, including 36 suites and a club lounge.

The Spa at The Address Boulevard Dubai, will be located on the fourth floor and spread over 700sqm, providing guests the brand’s already popular luxurious therapies and skin care treatments.

The tower will also home Address’s branded serviced residences – Address Residences Boulevard Dubai – and its Sky Collection apartments, which include a seven-bedroom penthouse. 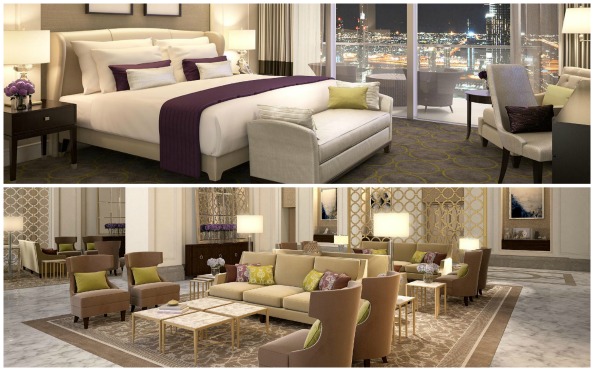 The residences will be available for short and long term stays, and are perfect for business or leisure travellers seeking a homely retreat. All are fitted with a kitchen and guests have access to the amenities including the state-of-the-art gym. Other benefits include its location – a mere five minute walk from the mall – and its free parking. 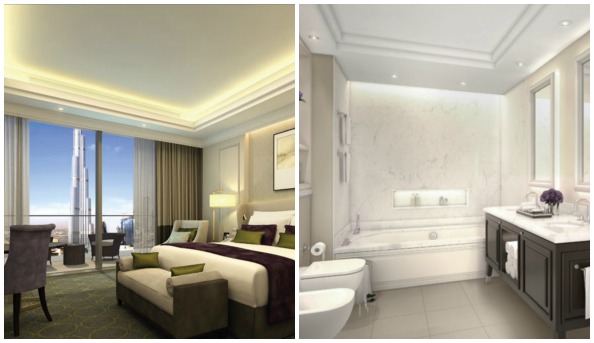 An example of one of the Address Boulevard Hotel bedrooms

The top two floors of the hotel will home the “lifestyle dinning” destinations with The Roof Top, you’ve guessed it, located on the 70th and 71st floors offering 360-degree views of the magnificent emirate. Rumour has it that on a clear day you will be able to see as far as the Dubai Marina.

General Manager, Pascal Dupuis, said of the soon-to-be-launched hotel: “[It’s] an urban retreat set in the prestigious Downtown Dubai area, just a pleasant amble away from the cultural Opera District and The Dubai Mall, The Address Boulevard Dubai offers world-class views of the magnificent and astounding Burj Khalifa – the world’s tallest building and an iconic symbol of Dubai.” Sounds like it could be the new Dubai hot spot.