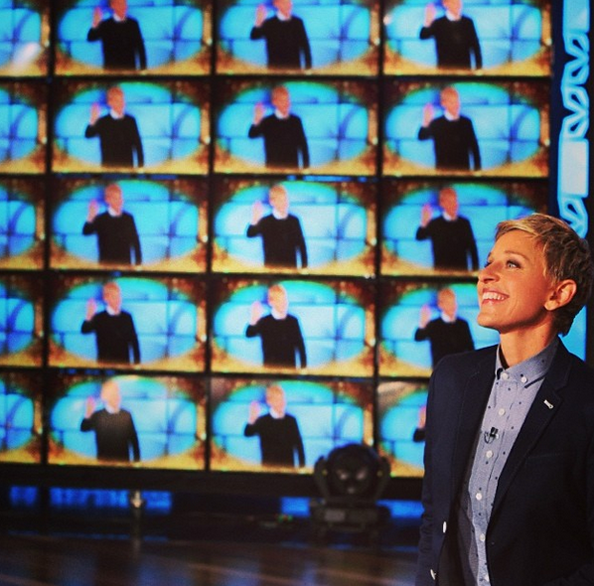 Not content on conquering the world of comedy, Ellen DeGeneres turned to acting. Not happy with being just an actress, she turned to show hosting – becoming one of America’s most popular female talk show hosts after Oprah. But not even that is enough for the multitalented star who is now turning her hand to design with a little help from Chris Burch.

Ellen is set to launch her lifestyle brand called E.D – perhaps not the most original name – later this year, with plans for her collection to cover everything from fashion to homeware and specialised goods for pets. It’s no surprise that she is catering to the animal kingdom with Ellen regularly profiling pet heroes on her show, working with various animal charities, and doting on her on her five four-legged pals that live in her home.

“I wouldn’t be doing this if I didn’t want it to be the biggest brand name that you can imagine,” said Ellen of E.D to WWD, half joking.

So serious is she about this new venture that while she is happy to admit there will be mugs, candles, decorative pillows, ornaments, pyjamas and slippers she is reluctant to reveal anymore – “I don’t want to be specific because I don’t want people stealing my ideas.”

The 56-year-old star has turned to Chris Burch of Burch Creative capital to be a launch partner. Chris is better known for co-founding Tory Burch LLC with his ex-wife Tory. Following their bitter divorce Chris went on to launch C. Wonder, which has even launched in the UAE with a store at Mall Of The Emirates.

This is not a one-off vanity project for Ellen, she has been passionate about design for years. She is renowned for buying, remodelling and selling luxury homes. In fact, it is reported one of her most recent sales was The Brody House, which she sold to Napster founder Sean Parker for purported US$15 million profit.

The collection is set to launch in October/November with the full range being released in 2015. As big fans of Ellen we are expecting big things…