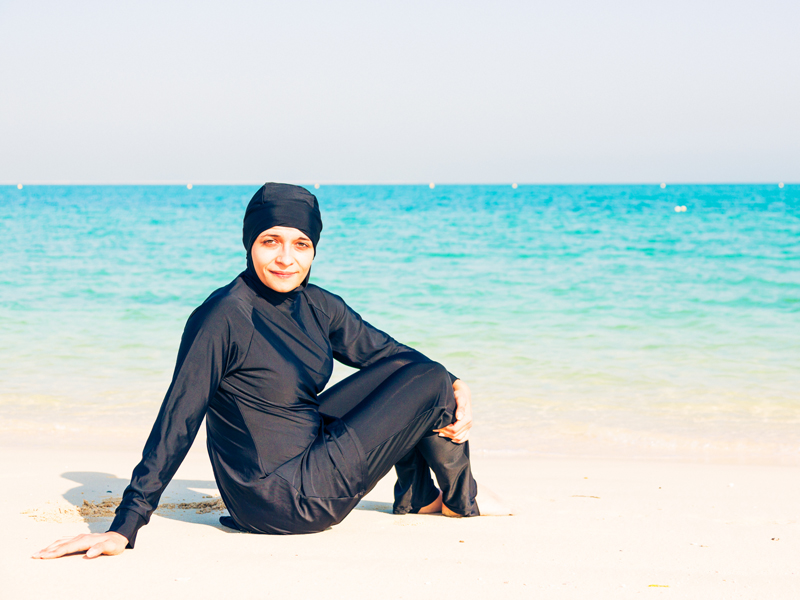 Egypt’s Ministry of Tourism has made a U-turn on its decision to allow burkinis at hotel and resort pools.

Hotels in Egypt are now legally able to refuse women in burkinis from entering their pools.

On Friday, the country’s Ministry of Tourism issued an order which would force hotels to welcome women wearing the body-covering swimsuits, to prevent religious discrimination.

The order reportedly came in response to complaints from Egyptian guests, who had been banned from hotel pools because of their burkinis.

But on Sunday the ministry cancelled its decision, which means it is once again up to individual hotels to decide whether to ban or allow the burkini, the Egypt Independent reports.

Read more:
Burkini-Wearing Teen Smashes Muslim Stereotypes At Pageant
This Muslim Beauty Queen Made History After Refusing To Wear A Bikini On Stage

Though Egypt is a Muslim-majority country, in recent years the burkini has been banned from several resorts and hotels, which commonly cite “hygiene reasons”.

Last month, a hijabi woman was allegedly forced out of Egypt’s Hacienda Bay for wearing a burkini at the popular beach resort.

In 2016, the mayor of Cannes, France famously prohibited the burkini, a decision that was followed by a number of other Riviera towns.

The ban was later overturned by a top French court, however, the controversy surrounding the modest swimwear continues to linger.

Last month, a Muslim woman who wore a burkini in a swimming pool in Marseille was reportedly charged a €490 (Dhs2,115) cleaning fee, sparking international outrage.

Read more:
The Latest Country To Apparently Ban The Burqa Might Surprise You
MuslimGirl’s Founder Was Forced To Remove Her Hijab In France

“I was stunned because no one stopped me or said anything at all,” the woman told the United Against Islamophobia in France charity.

“I was disappointed, shocked, wounded by the fact that someone could be so hypocritical and wicked because of a burkini.”

The burkini originated in Australia, created by Muslim fashion designer Aheda Zanetti. Surf Life Saving Australia reached out to Zanetti in 2007, asking her to create a swimsuit that would be appropriate for Muslim lifeguards to wear on Sydney’s beaches.

There is little evidence the burkini is unhygienic, in fact, some have argued the swimsuit is more hygienic than regular swimwear as the hair is covered.