Dubai Roads Getting A Makeover As Part Of Huge RTA Plan 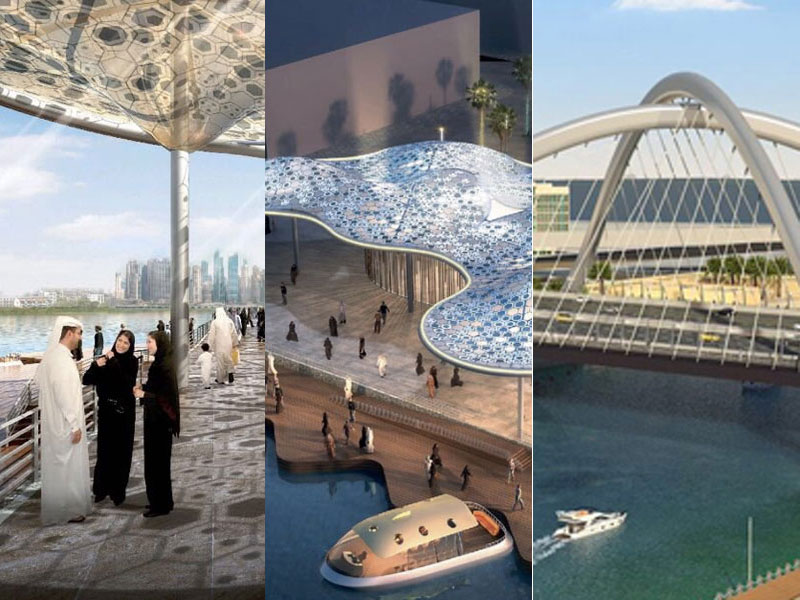 The emirate is set to get a vast amount of new or improved roads, bridges and marine stations as part of the Traffic and Transportation Plan 2030, the Roads and Transport Authority (RTA) has just announced.

His Highness Sheikh Mohammed bin Rashid Al Maktoum, Vice President of the UAE and Ruler of Dubai, gave the go-ahead to the series of ambitious upgrades and new construction following a presentation on Saturday.

Let us break down the upcoming changes for you…

Read: This Dhs3.6 Billion Mall Is Coming To Abu Dhabi
Read: This Might Be The Best Pop-Up Dubai’s Ever Seen
Read: This Famous Restaurant Is Opening In Dubai (Very Soon) 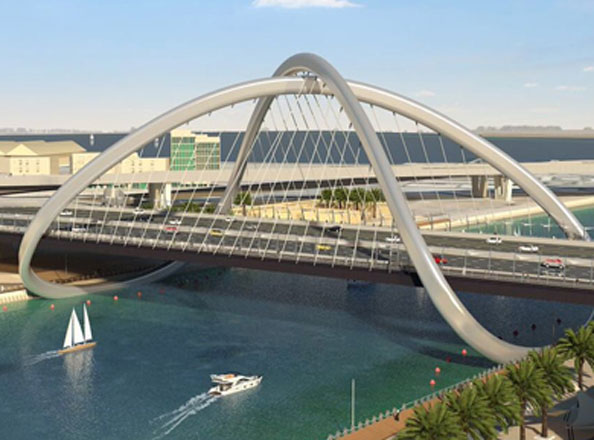 Say goodbye to the Shindagha Tunnel, because it’s soon going to be replaced with a creek crossing between Deira and Bur Dubai. The architecturally adventurous design is based on the infinity symbol. The first phase has already been completed, with the second phase – developing the crossing from Sheikh Khalifa Bin Zayed Road after the intersection with Abu Hail Road – expected to be implemented by March 2017.

In other bridge news, there’s also going to be a 120-metre-long pedestrian pathway created in JBR that connects Al Sufouh Road with Western Street.

In a bid to give residents an improved pedestrian experience (and to encourage people to get moving, outside of the summer months of course), 16 residential suburbs across Dubai will have their internal streets paved. More green spaces will also be added alongside roads and residential spaces to add beauty while also strengthening the city’s environmentally green strategy. Planting will start early next year, with all new green spaces set to be finished by 2021. 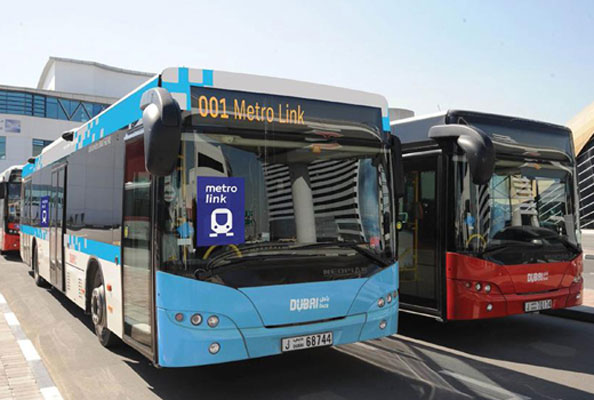 With more and more passengers using the Metro, the RTA plans to boost the network’s capacity. The Burj Khalifa station in particular will get an upgrade, expanding to a size so it can comfortably accommodate around 180,000 passengers per day. The dedicated buses haven’t been forgotten either – they’re going to get a new look that makes it clear they serve the Metro.

4. The Jewel of the Creek

A pedestrian bridge will be built on Baniyas Road, and at the intersection between Jebel Ali Lehbab (E77) and Qudra Streets. That’s right by Al Qudra cycle track, so the latter bridge will also include a flyover for bikes. 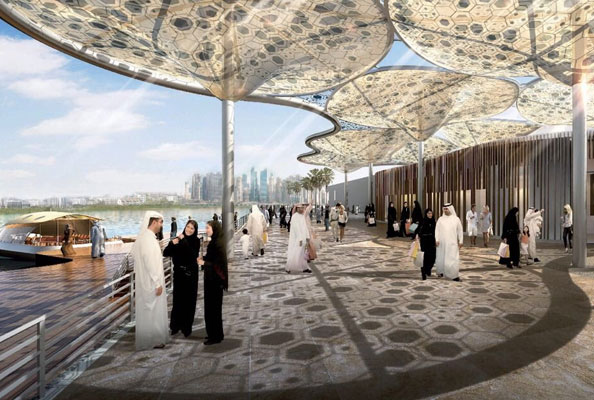 Thanks to all the recent work on Sheikh Zayed Road creating new flyovers, most people are aware of the Dubai Canal Project, a huge development to create a manmade waterway stretching from Business Bay to Jumeirah. This canal will be used as a traffic route for boats, yachts and the like, and images of what the marine stations will look like have just been released.

Sheikh Mohammed chose a design that “matches local architecture in the region and envisages provision of tinted shades to serve tourists, visitors and users of public transportation,” the RTA report said.

This is how the docks around the Dubai Water Canal and Business Bay will look from above: 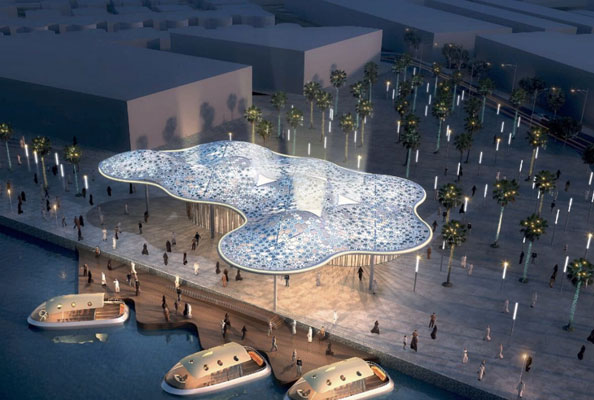 The Dubai Airport Road is set to get five bridges and tunnels that will increase the capacity of the road by about 5,000 vehicles per hour, plus service roads with three lanes in each direction. The changes will also mean it’ll take about five minutes to get from Sheikh Mohammed Bin Zayed Road to Casablanca Street  – whereas it currently takes about 30 minutes.