Sheikha Mozah Al Maktoum celebrates as she ferries travellers on an Emirates plane for the very first time.

She made headlines after completing her first assisted flight just last month, and now Dubai’s royal pilot has passed another milestone.

Sheikha Mozah Al Maktoum has made her first commercial flight with passengers on board, according to a recent Instagram post.

The aviator, described as the first female pilot from the emirate’s royal family, helped transport a plane from Dubai to Ammam on February 25.

Sheikha Mozah, who works for Emirates based on her commercial flight number, shared an image of herself getting prepared in the cockpit.

The royal earned her wings in April last year, after completing the APP First Officer programme at the CAE Oxford Aviation Academy in Phoenix, Arizona.

Her trail-blazing career choice became public knowledge after members of her family congratulated her on completing her first assisted flight as a commercial pilot last month.

Read:
10 Times Arab Women Made Headlines In The Last Year
Sheikha Latifa: The Daredevil Royal Who’s Inspiring Us To Be More Adventurous

She’s not the only Al Maktoum female with her sights set high, however – HH Sheikha Latifa Bint Mohammed Bin Rashid Al Maktoum is quite the sky-diving expert.

The daughter of HH Sheikh Mohammed bin Rashid Al Maktoum, Vice President of the UAE and Ruler of Dubai, regularly jumps out of planes over the UAE. 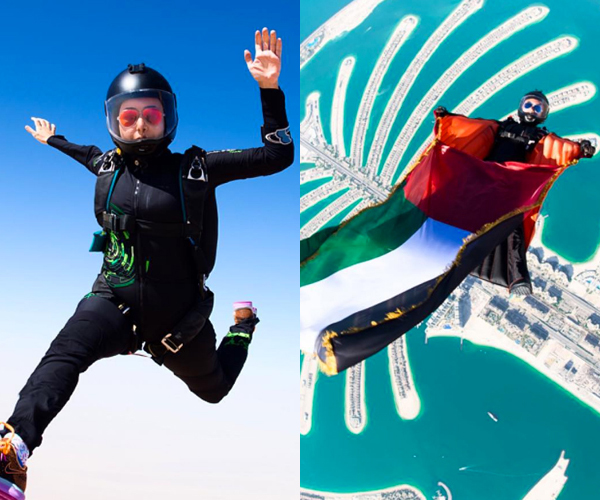