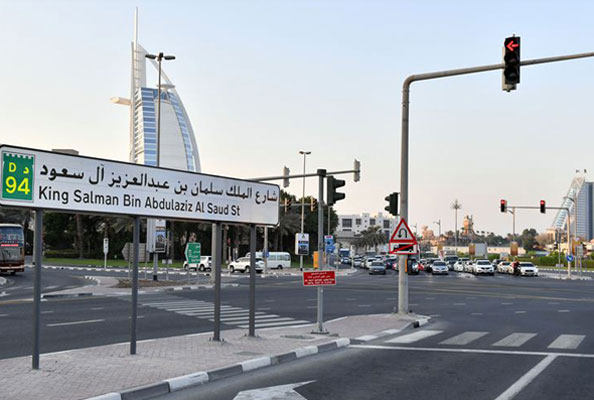 You know that road that takes you from the end of Dubai Marina, past Media City and the Palm Jumeirah, and all the way to the Burj Al Arab? The one where you’ll find The Westin, the summer palaces of the royal family, and The One and Only Royal Mirage?

Well, not any more – because the waterfront-running thoroughfare now has an entirely new moniker. 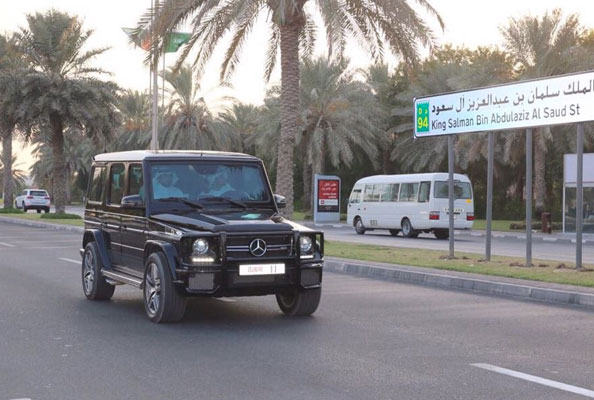 Sheikh Mohammed chose to change the road’s name to that of Saudi Arabia’s King “in recognition and appreciation of his role in supporting the causes of the Arab and Muslim world”.

Remarkably long street signs have now been erected along the newly renamed road, just ahead of Saudi Arabia’s National Day on September 23. 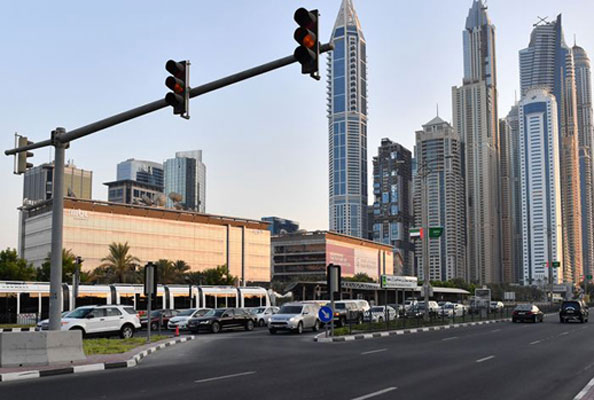 Read:
No, This Isn’t A Rustic French Village… It’s Right Here In Dubai
The UAE Is Ranked As A Surprisingly Good Country For Driving
First Peek: The Ultra-Plush Penthouses Coming To The Palm

“King Salman bin Abdulaziz Al Saud is leading a movement to establish a comprehensive regional security and stability and build a better tomorrow for their people,” Sheikh Hamdan tweeted on the day.

The six-lane road, which reaches from Umm Suqeim Street to Garn Al Sabkha Street in the south, has a capacity of 4,500 vehicles per hour in each direction. It’s also the road that features the Dubai Tram.