As an aspiring model and actress, Nivetha Pethuraj is now one step closer to realising her dream. Originally from Chennai, the south Indian beauty was crowned Miss India UAE at a glamorous pageant held at the Al Raha Beach Hotel in Abu Dhabi.

The 23-year-old competed against 14 other beauty queen hopefuls, but managed to clinch the top spot, securing her a place in the Miss India Worldwide contest to be held in September this year. Jyotsna Arora, 23, claimed the second runner-up title while Stephanie Lahole, 18, was crowned first runner-up.

The Indian expatriate population in the UAE, totalling over 2 million people, is reportedly the largest ethnic group in the country making up roughly 30 per cent of the population. This group also makes up about 20 per cent of the total overseas Indian workers, so Nivetha will have the exciting task of representing an economically and culturally important bastion of the Indian diaspora.

Ms Pethuraj, who currently works as a VIP fashion brand attendant, is a long-time resident of the Emirate of Dubai having completed her schooling at the GEMS Our Own Indian School. She also holds a management degree from Heriot-Watt University in Edinburgh, Scotland. 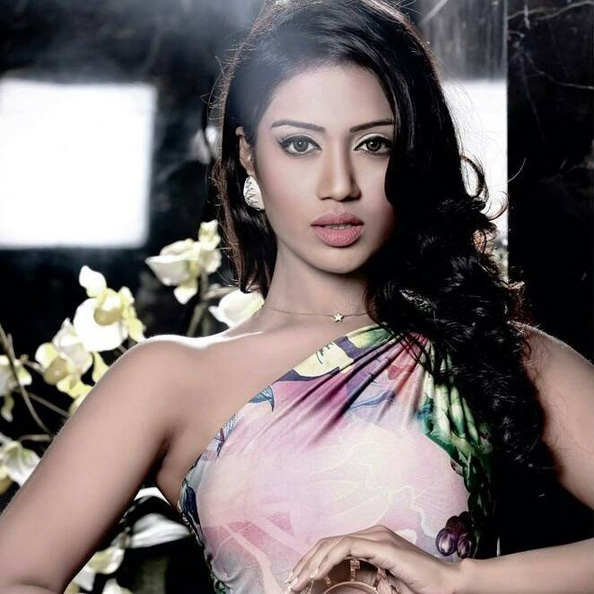 In preparation for the pageant, Nivetha spent hours researching all the possible ins-and-outs she would face on the day. As she told a local newspaper: “The moment I qualified the top 15 round, I watched many videos on YouTube on how to walk the ramp and read up around 500 beauty pageant questions.”

It seems that her determination and preparation paid off in spades with judge Shonal Rawat, a former Miss Asia Pacific saying of Nivetha: “She was a complete package. She had poise and presence.”

In addition to the standard pageant activities, Miss India UAE also had several special Indian cultural aspects such as local dress and adornments and even a Bollywood dancing component.

Nivetha now has the next few months to polish her stride, plan her wardrobe and think deeply on the significance that the position of Miss India Worldwide would hold for her. The pageant to be held in Mumbai this year is a means of providing an entertaining ‘common platform’ for the worldwide Indian population but also functions as a vehicle for several charitable causes. There are up to 40 affiliate countries who participate in the worldwide pageant from as far afield as Guadeloupe, Finland and New Zealand, but we at Emirates Woman will be standing behind our local beauty all the way.