Are These Dubai’s Most Instagrammable New Cafes? We Think So… 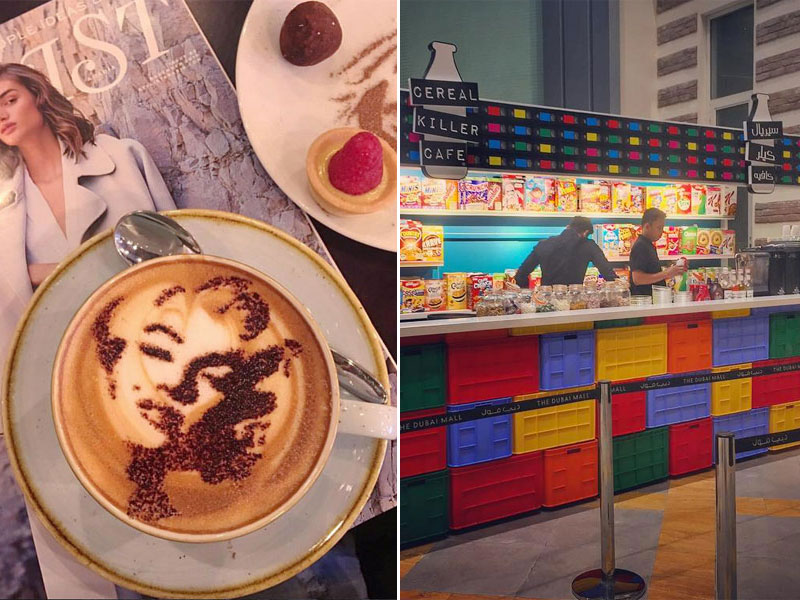 90s nostalgia in a bowl and a celebrity in your coffee… #cafegoals.

There are so many amazing places in Dubai where you can go to get your caffeine fix, but two new kids on the block have caught our eye.

You might have seen Tub of Butter on Sheikh Zayed Road popping up on your Instagram feed recently.

Since opening in December, the cafe has gone viral thanks to its celebrity coffees, which feature stencils of famous faces like Barack Obama, Justin Bieber, Marilyn Monroe and Shah Rukh Khan.

The creative beverages cost Dhs20 – or for Dhs30, you can even submit your own photo so the latte artists can create a personalised stencil. Cheers to your face!

Read more:
Is This The Most Luxe Coffee On The Globe?
Review: What’s It Like To Eat At The World’s Highest Restaurant?

The eatery also serves up Mediterranean-inspired dishes and freshly baked goods which are equally pleasing to the eye (and the ‘Gram). A wooden platter makes everything better…

At the other end of the foodie spectrum, a Cereal Killer Cafe has just opened in Dubai Mall.

The London export is described as a “colourful, nostalgic eatery with more than 120 cereals, plus a selection of milk and toppings”.

A bowl of cereal costs between Dhs26 and Dhs31, and you can find the diner on the mall’s ground floor near the Waterfall.

Expect lots of 90s kitsch – the cafe decor is meant to recreate the feeling of a kid’s bedroom from that era (think Pokémon, The Simpsons and the Spice Girls).

Perfect for a #throwbackthursday? We think so.