Dubai is soon to be transformed into an open-air museum, set to showcase works from local artists throughout various locations in the city starting in March.

No longer will artwork be confined to galleries, as the new Dubai Open Museum initiative plans to change the way people perceive the city by unveiling the emirate’s hidden artsy scene.

While the open air museum campaign launched at the end of 2014 – as part of Dubai Media Office’s initiative Brand Dubai, which was tasked with making public spaces an open air gallery – it’s only now starting to get into motion, moving beyond street art and pop up installations which we have already started to experience and enjoy.

The idea is to change the way people view the city beyond the skyscrapers and mega-malls. 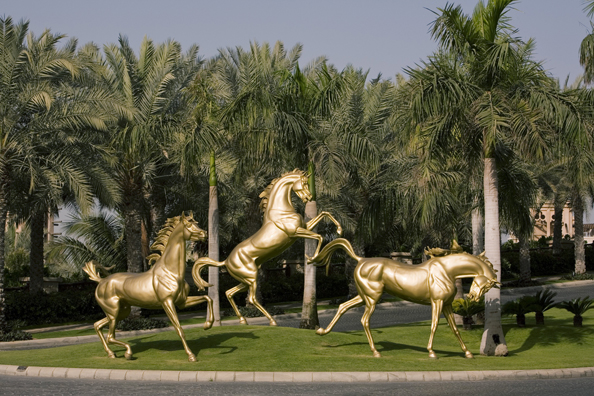 Dubai’s landscape is about to get more interesting

Dubai Media Office have now confirmed that one of the first pieces to be made available to the public will be Dubai Canvas, a yearly festival with differing themes, with an expected launch date this coming March.

In an interview with Gulf News, Saeed Mohammad Al Nabouda, Acting Director General at Dubai Culture and Arts Authority mentioned how the outdoor museum would expand as different elements of the emirate do too.

He said: “Each real estate developer will have different installations that will help in raising awareness about the emirate’s history, and will contribute to residents learning about the artists behind the art.”

This new initiative will not only appeal to the locals, but will play a part in attracting tourists, of which Dubai saw 14.2 million in 2015, almost eight per cent more than in 2014.

Nabouda ended on an exciting note, stating: “We want to raise the quality of life through the medium of art, and to do that, we have already started working with different entities to help them infuse art in spaces.”

“It shows Dubai is not just about business and trade, but also art and culture.”