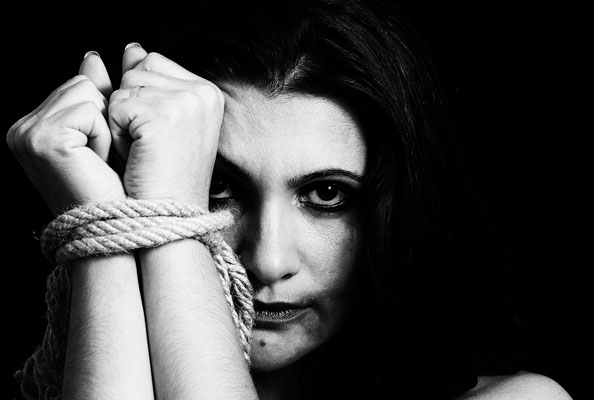 Dubai Police have introduced a new initiative in a bid to help the victims of human trafficking.

A just-launched smart app will allow victims to report crimes with just the click of a button.

Dr Mohammed Al Murr, Director-General of the General Directorate of Human Rights at Dubai Police, said the app will give police a forum for reaching out to potential victims and provide them with support and legal advice.

The app is the first of its kind in the region, state news agency WAM reported. So how does it work?

Read:
The UAE Pledges To Open Its Doors To 15,000 Syrian Refugees
Sheikh Mohammed Helps Provide Education For Over 2,000 Refugee Kids
‘We Need A New Renaissance’: Queen Rania Is Honoured With Humanitarian Award

Victims are asked to supply their personal data, Emirates ID number, and email address through the app, after which they will receive a text message confirming that their complaint has been lodged with local police.

They will also be supplied with a reference number for their complaint.

Al Murr also urged victims, or residents aware of trafficking, to report the crime by emailing htccc@dubaipolice.gov.ae or calling 800 5005.

This app is just the latest in a string of campaigns by Dubai Police that aim to crack down on human trafficking. Yesterday we also reported how a local charity is encouraging women to learn self defence in order to protect themselves.

And according to a report in The National last year, it’s working, with recorded levels of the crime in the UAE dropping to a fifth of what they were in 2009.

The numbers further dropped, with 17 registered cases of human trafficking in 2015 – involving 24 victims and resulting in the arrest of 54 traffickers – according to Gulf News.