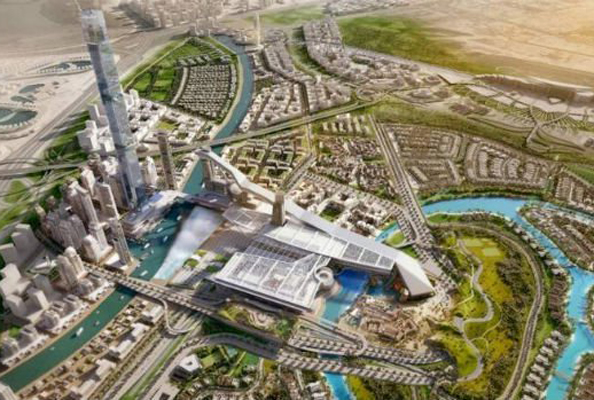 Prepare to pull on your finest Breton stripes and straw hats, ladies…

Soon you might not need to board a seven-hour flight to feel like you’re in the south of France.

Why, you ask? Because Dubai is getting a French Riviera-inspired neighbourhood that’ll run right along the Dubai Canal waterfront.

The Azizi Riviera project – which rings in at Dhs12 billion – will be located in Mohammed Bin Rashid Al Maktoum City, amongst the Meydan One project. 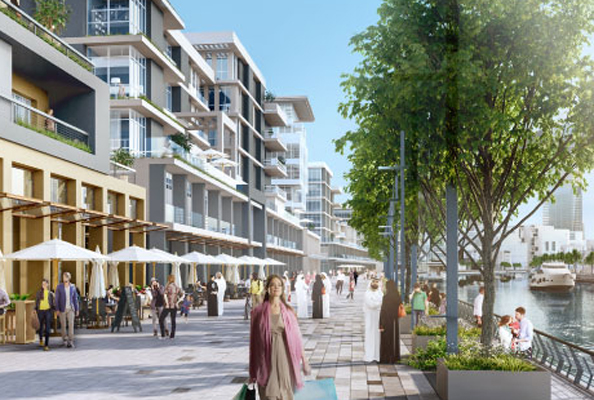 (Yes, the development that’ll feature the record-breaking mall with the retractable roof, dancing water fountains, and a 711-metre-high residential tower).

The waterfront “urban community”, from development company Azizi Developments, will bring plenty of new offerings to the city’s real estate market, with its 69 mid-rise residential buildings.

Altogether, Azizi Riviera will be home to 13,000 apartments, from studios up to two bedrooms.

The suburb will also feature its own retail district (so there’ll be plenty of shopping options on your doorstep) and two hotels – one five-star and one four-star.

Read:
This Dhs100,000 Cake Was Cooked Up Right Here In Dubai…
10 Reasons You Should Follow HH Sheikh Mansoor On Social Media

Residents will get views of the canal, the Meydan Hotel and racecourse, and up to Dubai Creek, as well as the aforementioned 620-shop Meydan One Mall (which is due to open in 2020).

That’s not all either – the French-inspired community will include long pedestrian paths perfect for lazy strolls, water transport, yachting facilities, and a marina has also been proposed.

Phases one and two are due to be completed by the end of 2018, so we won’t have to wait much longer to channel our inner Brigitte Bardot.