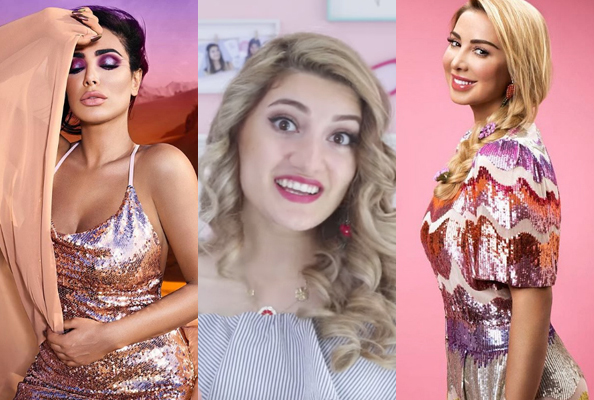 The top four places were won by women right here in the UAE.

First the UAE dominated a Power List of Arab Businesswomen, and now our country’s social media stars are ruling rankings too.

In Forbes Middle East‘s just-released list of top female social media influencers in the Arab world, Dubai comes out as a hub of creative talent.

The four top spots go to stars based in the city… so any guesses as to who took the No 1 crown?

Read:
The UAE’s Theme For 2018 Is All About HH Sheikh Zayed
You’ll Feel Like You’re At The World’s End At Dubai’s Newest Foodie Spot

No, it’s no surprise that that honour goes to Huda Kattan, the makeup artist and beauty entrepreneur who boasts a staggering 20.9 million Instagram followers.

The super-savvy businesswoman has grown her Dubai-born brand Huda Beauty to epic proportions over the last few years, and has also been named been named one of Time magazine’s most influential faces on the web.

Highlight 💥 #hudabeautysummersolstice what does this dress make you think of? Use an emoji 😉 📸@tiagochediakphoto

Just behind Kattan is another beauty entrepreneur, Dubai-based Joelle Mardinian who claimed second place with her 9.3 million followers.

The TV host launched her Maison de Joelle brand of beauty salons in 2008, and has since started her own cosmetics brand and line of clinics.

Read:
You Can Now Enjoy A Late-Night Dip At The Burj Khalifa…
The Actor Cast As Aladdin’s Jafar Is Not What We Were Expecting…

Third place went to Syrian YouTube star Hayla Al Ghazal, who lives in Dubai and has a grand total of 7 million followers.

However the founder of the HalyaTV channel, who is also behind bridal and eveningwear boutique Hayla Couture in Umm Suqeim, announced this week that she’s discontinuing her YouTube videos to focus on a “new beginning”.

Emirati chef Manal Alalem claimed the fourth spot (see, we weren’t lying when we said the UAE were all over the list) with her 5.5 million social media followers.

Finally, Emirati vlogger Taim Al Falasi came in at No 7, meaning UAE stars accounted for 50 per cent of the entire Forbes list.

With even more social media stars sprouting up around the UAE as the months go on, could our influencers claim even more of next year’s list? We wouldn’t be surprised…