Dubai Authorities Did The Sweetest Thing For A Grieving Resident 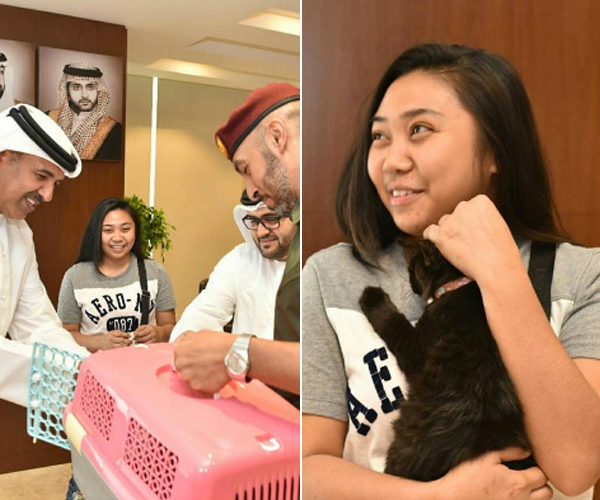 First it came to the rescue of one trapped kitty this week, and now Dubai Civil Defence has made the day of another cat-loving resident.

The government organisation surprised fire victim Angelie Agoncillo Mangalindan with a new feline friend after the Etisalat worker tragically lost her beloved pet in a blaze.

While thankfully no families were injured, 26-year-old Mangalindan lost cat Chico in a residential fire in Al Muraqqabat last week.

Read:
There’s A Reality Show Coming To The Palm… And You Could Be Part Of It
Sheikh Mohammed Just Gave His Children The Best Gift 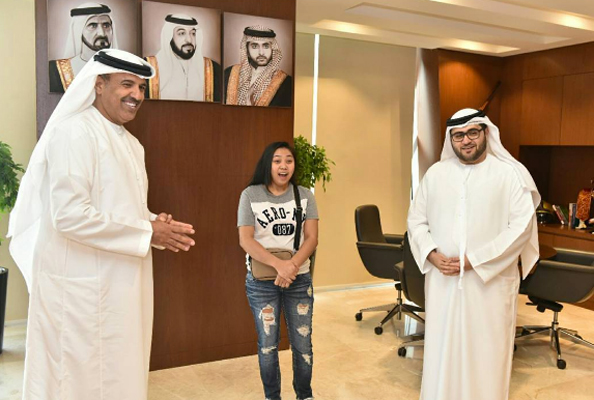 But, as part of the UAE’s Year of Giving initiative, the Civil Defence decided to surprise her with a new companion.

Mangalindan was called to the organisation’s offices on Tuesday, where she was presented with a cat closely resembling the one she lost.

And the whole thing was touchingly caught on camera:

“It is part of the Year of Giving to make residents happy. This gesture is the first of its kind [in Dubai].”

The organisation also arranged all of the cat’s documentation for Mangalindan, who’s originally from the Philippines.

“I feel so happy. I was attached to my former cat and the new cat has brought me so much joy,” the sales executive told Gulf News, adding that she’s called her new feline friend Cheeno.

Dubai Civil Defence also made headlines earlier this week after rescuing a kitten that had become stuck behind a three-metre wall in Dubai Marina.

After receiving the call for help, DCD were greeted on the scene by the kitten’s worried mother, before figuring out how to free the stuck kitten without damaging the building.

Read:
Everything You Need To Know About The Real-Life Aladdin And Princess Jasmine
This Zuhair Murad Wedding Dress Is What Bridal Dreams Are Made Of

See, not all heroes wear capes… sometimes they wear high-vis.