Driverless Cars To Be A Reality In Dubai By 2030 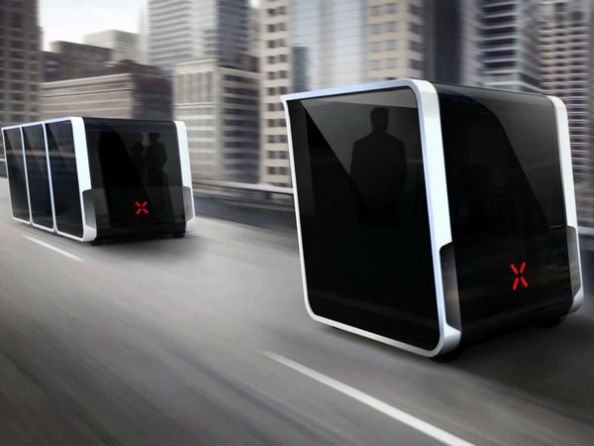 Traffic jams may soon be a thing of the past, as His Highness Sheikh Mohammed Bin Rashid Al Maktoum, Vice President and Prime Minister of the UAE and Ruler of Dubai, announced via Twitter that driverless cars will soon be seen on Dubai’s roads.

Sheikh Mohammed has confirmed the ambitious plan that will involve making 25 per cent of the vehicles in Dubai driverless by 2030. The idea is also part of the emirate’s vision to be a more sustainable city – the driverless cars will be used for carpooling, fitting up to 10 people per pod.

According to Sheikh Mohammed, the driverless cars will not only “reduce congestion and reduce pollution”, but will also give back “millions of hours wasted” and “increase productivity of individuals”.

Here’s how you may be heading to the mall in a few years:

Aside from the driverless cars teased in Dubai Media Office’s above video, a 10-seater prototype commuter pod was displayed at the MENA Congress of International Union of Public Transport (IUPT) – kitted out with all the necessary safety features and sensors to avoid collision.  Created by companies Easy Mile and Omnix International, the driverless pods will travel short distances on pre-assigned routes that can be adjusted if need be. Their speed limit is 20km per hour (so you may get there a little slowly), but at least you’ll get there safely. Sheikh Hamdan bin Mohammed, Crown Prince of Dubai, who is working with his father to transform Dubai into the smartest city in the world, was part of the team that took part in the test run: 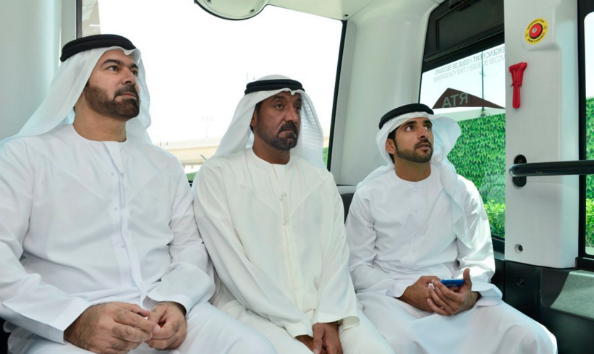 Aside from announcing the proposed driverless car strategy, Sheikh Mohammed also teased us about the potential future designs for the driverless pods. These ones look like they’re going a little fast than 20km per hour though.

Today we launched Dubai Autonomous Transportation Strategy, by 2030, 25% of all trips in Dubai will be driverless pic.twitter.com/Ux72qhz8Ge — HH Sheikh Mohammed (@HHShkMohd) April 25, 2016

Further highlighting the advancements of the emirate, Sheikh Mohammed added that Dubai will become the “world’s largest research and development lab for driverless transportation.” He added: “Dubai is surpassing cities of the world and achieving unique transport by using artificial intelligence to serve humankind”.

Read: 15 Apps And Services To Make Your Life Easier

With Dubai’s smart city vision coming ever closer to fruition, Sheikh Mohammed added: “We have moved from the stage of looking to the future to making it.”