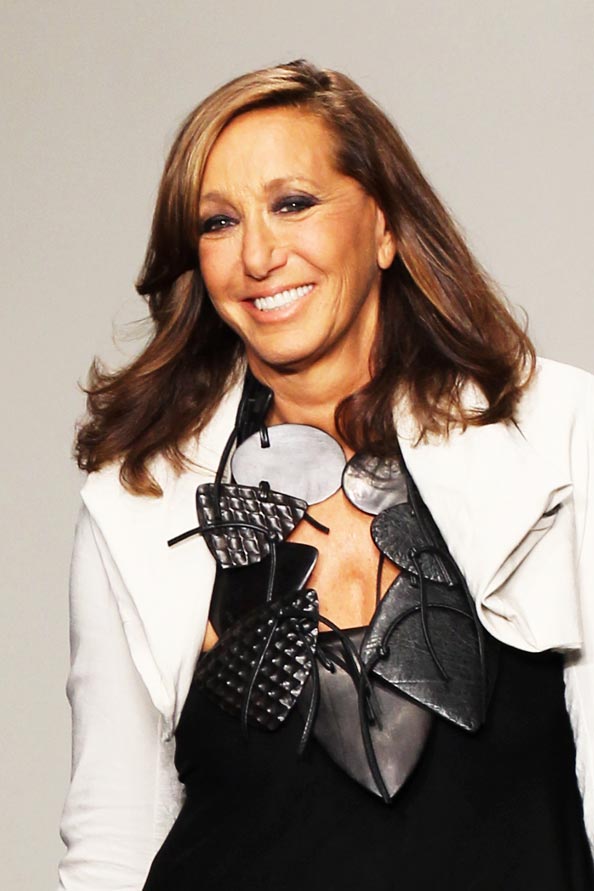 As she celebrates the 25th anniversary of her urban chic baby DKNY, Donna Karan talks of her worldly journey that began from, and then returned to, her beloved streets of New York.

Donna Karan’s arrival on to the world style stage 30 years ago is the stuff of fashion industry folklore. As the story goes, having worked as a right hand assistant to the late, legendary New York designer Anne Klein for years (even having been fired and later rehired by her), Donna was anointed to run the company from her hospital bed, the same day she gave birth to her daughter Gabby.

Anne’s deteriorating health meant someone had to step up quickly so the entire company, consisting of 25 people at the time, arrived at Donna’s bedside with bagels and lox and they designed that season’s entire collection from her hospital maternity room. She was just 26 years old.

Donna joked at the time that her first response to the company’s proprietors was: “Would you like to know if I had a boy or a girl?” 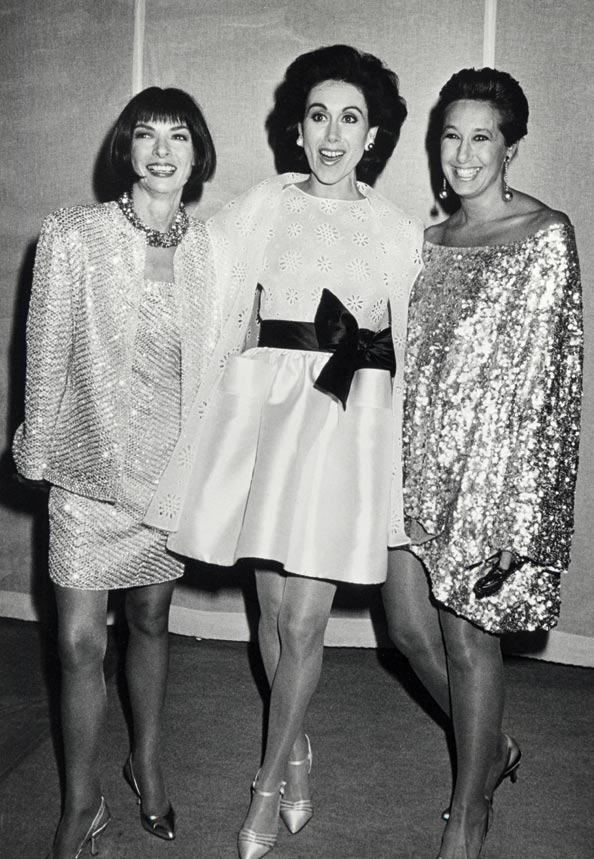 Donna’s ambition and powers of persuasion were palpable and after a decade at the helm of Anne Klein, the brash girl from Queens convinced the owners of Anne Klein to give her her own line. And with the launch of Donna Karan New York 30 years ago, a label built on the unusual principals of combining androgyny and sensuality, the cult of Karan was born.

Five years later Donna, who had always designed clothes “for myself and my friends”, was growing weary of her daughter borrowing her clothes. So she envisaged a hipper, younger brand in the form of DKNY by blending the chic hallmarks of the original brand with a street sensibility that would appeal to a more urban customer. The line was a runaway success and now DNKY is celebrating its 25th anniversary and, like Donna, is returning to its inspirational roots with a mash up of styles from the streets of New York. 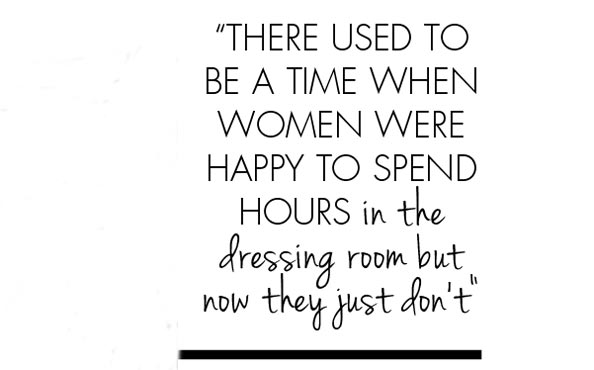 Today, with snowdrift in the clear winter air, Donna Karan is breaking bread. Or cookies to be precise. As she curls up on a swing chair in a studio above the Cedar Lake dance studio in downtown Manhattan, the chaos of a hotly anticipated DKNY fashion-show-in-progress is unfolding on the ground floor below.

Her hands and her mind race in tandem as she breaks off, alternatively, little pieces of brownie, then pink macaroon, nibbling each one before moving on to the next. With an otherwise meta-focus and disarming confidence, it’s the only sign of pre-show jitters she exhibits.

“It’s all done,” she says as much to herself as she does in answer to the observation that she seems so at ease.

“But if I seem relaxed, I’m not,” she adds. “I’m just very good at hiding it. My head is constantly in motion. As much as I try to meditate and do my spiritual yoga and practices, it’s very hard for me to stop thinking.” Donna admits that reaching such a milestone and celebrating the 25th anniversary of DKNY has been one of the highlights of her career so far. 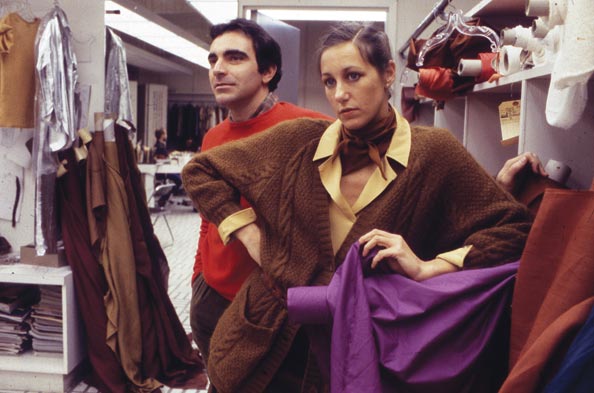 “The thing about fashion, which is great, is that it’s always about past, present and future. I really respect a very defined cultural metaphor for New York. To me New York means ‘the world’ so putting the name Donna Karan to New York was a moment in time I’ll never forget. And realising Donna Karan wasn’t a name, that it was bigger than the name. That was a defining moment,” she says.

“And then the evolution of men’s wear to jeans to DKNY. It was a constant state of motion and today as we look in to the future we’re looking at a world in motion. The reason I chose the name New York was because I felt that New York represented the world. And today, not that Dubai or China don’t mean that as well, but when I was starting out, New York was the centre of international life.”

Taking cues from her travels, and a fascination with both eastern philosophy and western pragmatism, Donna has drawn inspiration from all corners of the world but the brand, like the woman, always seems to find its way home.

“I was a woman of the world back then,” she says of her earlier collections. “I was constantly travelling. I love the east, I love the west – whether it’s Bali or India or Africa. I am a woman who travels and I love all aspects of it. In the beginning, for me, New York was the grounding place of where I did my work,” she pauses and lets out a roar of laughter. “And then I left.”

Donna admits the world of fashion can be fickle and she believes the current phase of mass consumerism, combined with time-poor lifestyles, poses real challenges for the industry. Given the trademark of her collections are always based around ‘seven essential pieces’, her vision to deliver simplicity to women – in style, texture, sensuality and choice – was ahead of the curve.

“There used to be a time when women were happy to spend hours in the dressing room but now they just don’t have the time. I know that because I don’t have the time,” adds Donna. “It’s the little nuance that’s understanding that shift.”

“She still loves fashion but she’s got so much to do. So the challenge is working out how to embrace those worlds of working woman, mother, wife, friend,” she continues. “Most women now don’t have to go out and be a lady who lunches and spend all day shopping. And there is such an over-saturation of fashion today, so many choices, that for many women, clothes really need to say ‘buy me’ or ‘I need another one’.”

These days, for Donna, there is more to her business than simply its aesthetic or economic value. For her, the link between fashion and social responsibility has become the hallmark of her success.

“Social authenticity has always been a passion of mine but now even more so because I look at the world and one of the things I find difficult is the androgyny of the world,” she points out. “I don’t want to travel 12 hours and feel like I’m in New York.

“I really travel hard to find the culture of every city and to use and celebrate that in my work and life. I’ll never forget the first time I went to Australia and I arrived in Sydney and I said: ‘You know what? This is LA!’” 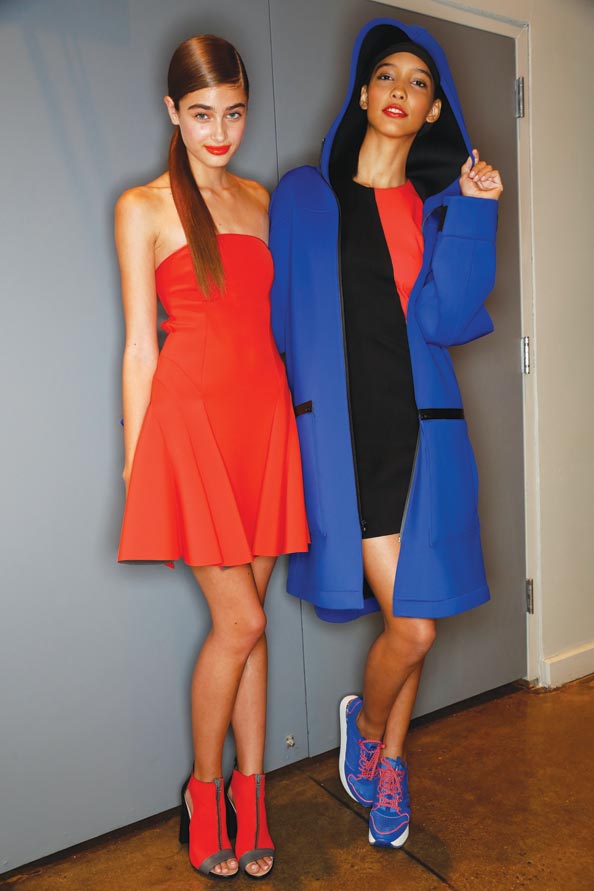 At 65 and with multiple hats to wear across a flourishing business portfolio, including Donna Karan, DKNY and her philanthropic foundation Urban Zen, the powerhouse of a personality is finding one thing a new challenge.

“My age!” she cackles wildly, throwing back her head in way that highlights the warm copper tones of her sensationally blow-dried hair, defying the very point she is making.

“There was a time when I really didn’t need much sleep, and I still don’t sleep that much but my body has started to tell me I need a little bit more.”

Donna’s phone rings and it is one of her grandchildren. She is promising to take them backstage before the show to see “all the weird people”, aka the non-model civilians (among them a nightclub hostess, a biologist and a skateboarder) who will be doing the catwalk at today’s DKNY show.

“There are very few things that take absolute priority, and in my case it’s my grandchildren,” Donna says. “If you really want to know the truth, if you want to know me, it’s all about my grandkids. They don’t see me as a designer. I’m grandma – and that’s the place I like to be.”

With that, in a waft of signature black-draped leather and the determination of a woman who crashes through life permanently in fifth gear, she careers out of the room into the throng of what makes Donna Karan the person and Donna Karan the brand one and the same – the urban streets of New York.