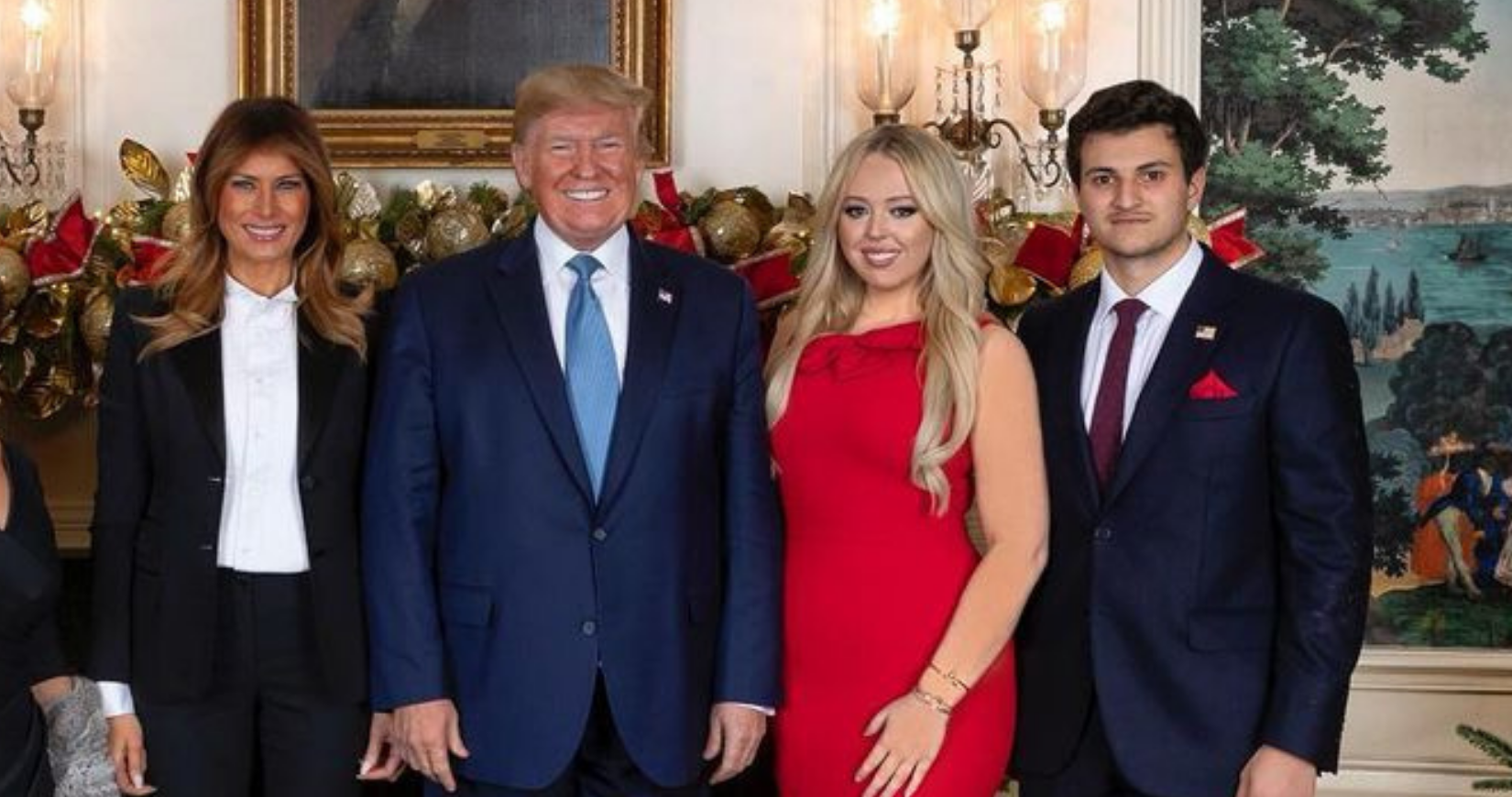 As Donald Trump prepares to bid his final farewell to the White House, he does have some things to celebrate.

The US president’s youngest daughter Tiffany Trump has just announced her engagement to Michael Boulos, whom she has been dating since 2018.

The timing is very interesting given the announcement was made on her father’s last day in office, but nonetheless the 27-year-old was elated to share the couple’s happy news on Instagram.

Trump posted a photo of herself and Boulos in the White House, also showcasing her diamond ring which, according to the Daily Mail, was designed by jeweller Samer Halimeh and is worth $1.2 million (Dhs4.4 million).

Boulos is of Lebanese and French descent but grew up in Lagos, Nigeria, where his father, Massad runs Boulos Enterprises and is the CEO of SCOA Nigeria. The 23-year-old has been described as a “billionaire heir” by  Vanity Fair.

As for how this newly-engaged couple met, they were introduced. to one another in Greece in the summer of 2018 at Dubai-based Lindsay Lohan’s club in Mykonos. The couple were then first seen publicly together at New York Fashion Week that same year.

The happy news comes just as Donald Trump prepares to hang up his hat as President of the United States to make way for President-Elect Joe Biden and Vice President-Elect Kamala Harris.