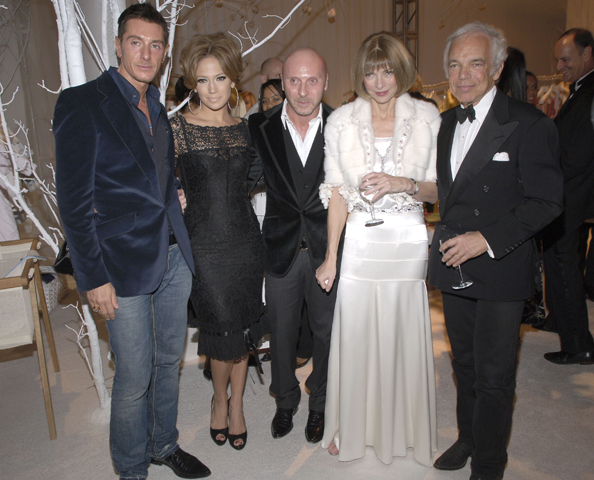 Not many designers would dare threaten Condé Nast Artistic Director and Vogue Editor-in Chief Anna Wintour but Sicilian duo Domenico Dolce and Stefano Gabbana did just that when they caught wind of a story upscale magazine Vanity Fair were working on about their recent conviction for tax evasion.

The title, Vanity Fair, which falls under the leadership of Anna Wintour, has reportedly been working on the story of Domenico Dolce and Stefano Gabbana’s tax evasion, since the news broke earlier this year. The design duo received a suspended sentence of 18 months each, along with their accountant, Luciano Patellito, for failing to pay a substantial amount of their government taxes since 2008.

The design duo were said to be furious when they heard about the proposed Vanity Fair story and called Anna Wintour to pull the story otherwise they will pull their advertising revenue from Condé Nast, which is believed to be around US$10-20 million.

In light of this, Wintour, herself (rather than sending one of her fashion editors) flew to Capri last month to sit front row at Dolce and Gabbana’s Alta Moda couture show in an effort to ‘appease’ their anger, agreeing to give them substantial coverage in upcoming Vogue issues. She has not, however, agreed to drop the story from Vanity Fair. While both fashion designers were given suspended sentences, and are appealing the verdict, they were found guilty by a judge of using Luxembourg holding company Gado to avoid paying taxes on royalties of about €1 billion (US$1.3bn) in May of this year. They were also ordered to pay a fine of €10 million (US$13.4m) to the Italian government, a minor amount when you consider that Giorgio Armani was forced to pay €270 million (US$362m) and Prada handed over €400 million (US$537m) to appease their tax disputes earlier this year.