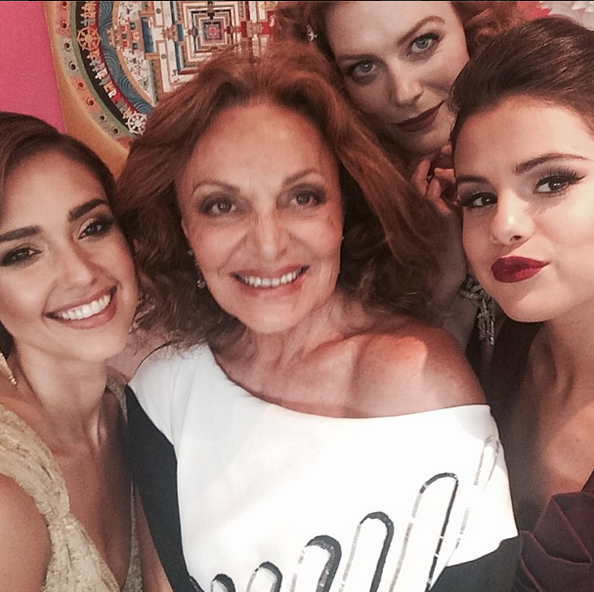 Iconic designer and philanthropist Diane Von Furstenberg is to be presented the Superstar Award at The Fashion Group International’s Night of Stars ceremony later this year.

Following in the footsteps of Marc Jacobs and Robert Duffy, who scooped the coveted award last year, and Carolina Herrera, who won in 2012, the Belgian-American fashion designer has been instrumental in elevating the importance of the American fashion industry around the world.

“Diane is truly a legend in her own time,” enthused Margaret Hayes, president and chief executive officer of the FGI, adding: “But beyond Diane’s exceptional talent is a sense of compassion and a generosity of spirit that drive the work of her family’s foundation, which brings quality, hope, beauty and grace to the lives of so many.”

Best known for her eponymous label, which is often shortened to DVF, and her iconic wrap dresses, the designer will be honoured at the annual event which this year takes place on October 23 at Cipriani 55 on Wall Street and is themed The Protagonists.

With enough cleavage and thigh to be provocative, the dress remained sensible enough for day-to-day wear. “I was almost just the conduit for the dress. But it did have an effect, because it was a dress that was both proper and sexy. It was a dress that both the guy liked and his mother didn’t mind.” 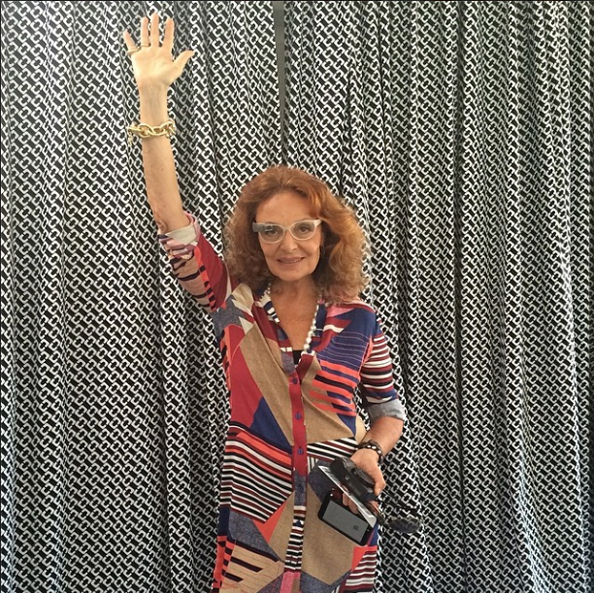 Diane also had the style stratosphere agog earlier this month when her collaboration with Google Glass was announced. Luxury fashion retailer net-a-porter.com will sell a selection of a new limited edition Diane von Furstenberg Google Glass collection in the US, making net-a-porter.com and mrporter.com the first third-party retailer of the wearable tech item.

“I have always been fascinated by technology and as a brand, DVF embraces technology,” says Diane, commenting on the collaboration. “It is a very natural fit for us and we are delighted to be on the forefront with Glass.”