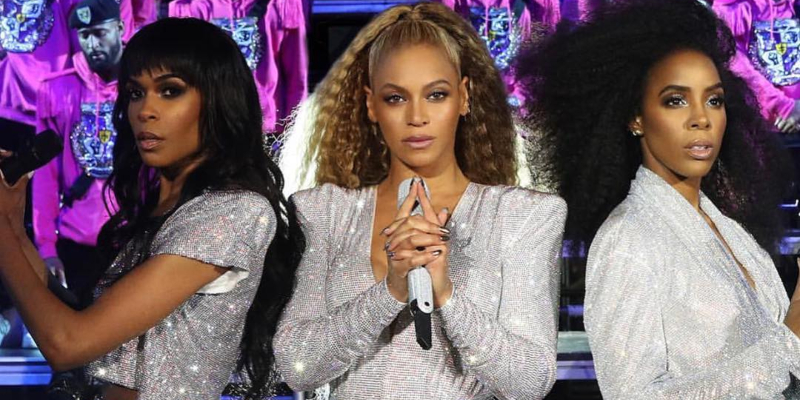 We don’t think you can handle this!!

One of the world’s biggest and most iconic girls band’s might be planning a reunion, and we are loosing our minds. This year gave us the Spice Girls reunion (save for Posh Spice) but it seems like 2020 will be the year of Destiny’s Child.

The Say My Name hitmakers are rumoured to be planning a reunion world tour, just in time for their 20th anniversary. The band was previously a quartet, but almost 20 years ago, Michelle Williams joined Beyoncé and Kelly Rowland, making the girls one of the 90s most iconic trio. Destiny’s Child disbanded in 2006, when they played a farewell show at the NBA All-Star Game; however, back then Queen B announced that: “It’s the last album, but it’s not the last show.”

This was true as the band came together for several performances, the latest being when they joined Beyoncé on stage in 2018 when she was headlining Coachella. But, it seems like they are ready to take things to the next level and treat their fans to a full-fledged tour. According to the Sun: “Beyoncé has been desperate to get the girls back together with her in the studio and she can’t think of a better time than 2020, when they will be marking two decades as one of the world’s biggest all-female groups.”

But, that’s not all. The rumoured tour includes shows both in the United States and Europe and may also include new music! The Sun’s source added, “She saw the success of the Spice Girls tour and wants to replicate that — but far bigger and better. It’s early days but they want to record new music and put it out alongside some of their biggest hits.”

Of course, we know not to believe anything before it is confirmed by the girls themselves. But, we can’t help but get our hopes up. Regardless, until it is a sealed deal, we will be going back to Netflix to watch Destiny’s Child do their thing at Coachella in Beyoncé’s documentary Homecoming.