Crown Prince Of Jordan: ‘Arab Youth Want A Chance To Make A Difference’ 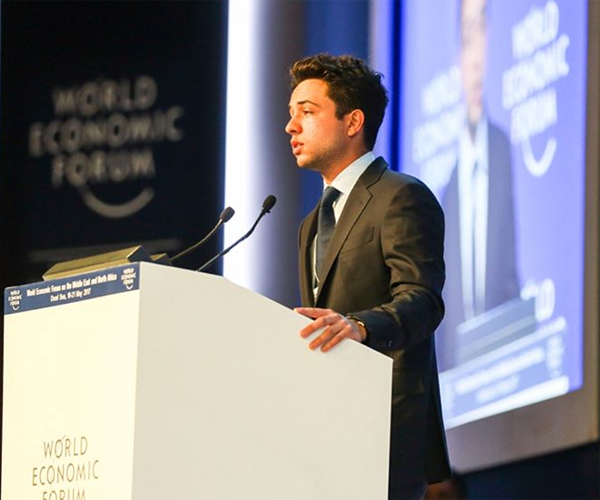 Once again, this royal proves he’s a real-life Prince Charming.

Crown Prince Hussein bin Abdullah has delivered an impassioned speech about the issues faced by young people in the Middle East.

The 22-year-old Jordanian royal was speaking at the opening session of the World Economic Forum on the Middle East and North Africa, held at the Dead Sea resort of Shuneh over the weekend.

Prince Hussein used his address to highlight the plight of Arab youth, for whom he said constant change had become the “status quo”.

“Like young people everywhere, the youth of the Middle East are living in this vast sea of change, but our particular waters are characterised by two opposing currents. Both are forceful and potent, but each is pulling us towards drastically different shores,” he said.

“On one side is a treacherous tide, luring our youth toward a dark reality – one that sinks us deeper into violence, intolerance, and regression, through the corrosive power of an extremist ideology.

“The other, transporting us to sunnier shores, where moderation sees our Muslim and Arab identities at peace with modernity and progress, a reality where we can be productive and positive contributors to the world around us.”

The royal said Arab youth were “not drifters”, and the choice of which tide to take was theirs to make.

“What Arab youth want is what youth everywhere want: A fair chance, a chance to be heard, a chance to make a difference. What is unique to Arab youth, though, is a yearning and thirst that I have not seen anywhere else.

“Perhaps, that’s because our dire circumstances make us cling more tightly to hope.”

Supporting their son in the audience were proud parents King Abdullah II and Queen Rania. 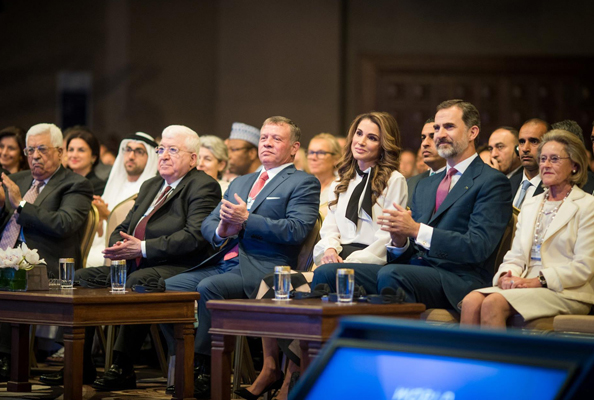 Crown Prince Hussein is currently studying at the UK’s Royal Military Academy Sandhurst, the training facility for the British Army from which King Abdullah himself graduated.

You can watch his full speech below: