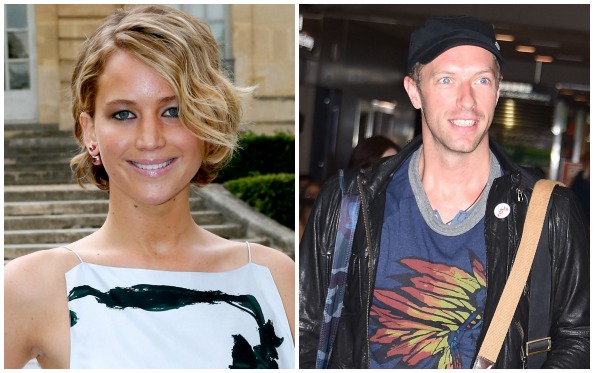 He may have only announced his conscious uncoupling to Gwyneth Paltrow in March, but Chris Martin is already reported to have a new love in his life – Hollywood’s golden girl, Jennifer Lawrence.

Sources claim that the new couple have been quietly dating since Jennifer Lawrence broke up with her on-off boyfriend and X-Men co-star, Nicholas Hoult. New York’s Page Six claimed that Chris, 37, and Jennifer, 24, spent time together in the Mandarin Oriental Hotel last week. “Jennifer was in New York last week, staying at the Mandarin Oriental, and that’s when things really heated up with Chris. They spent a lot of time together,” said the source.

And this isn’t the first time that the pair have been spotted together. Back in July they were snapped chatting at an after party at Kensington Roof Garden following a Coldplay gig in London’s Royal Albert Hall.

The Hunger Games actress split from her partner of two years Nicholas, who shot to fame as a child star in About A Boy, in January 2013. However, it’s alleged that they rekindled their romance while filming X-Men together. It’s not yet known why they split for a second time, but a source has claimed that Jennifer’s new friendship with Chris may be the reason.

News of Chris Martin’s new romance comes amid rumours that Gwyneth Paltrow has started dating Glee co-creator Brad Falchuk. Gwyneth, 41, fist appeared in the high school comedy in 2010, and has starred in five episodes since then. Although their relationship started professionally, it’s reported that they went for dinner together in LA and even jetted off for a romantic weekend in Utah last July. Brad also recently came out of a long-term relationship, with his wife of 10 years filing for divorce in March 2013.

It seems that, despite these claims, Chris and Gwyneth are continuing to “consciously uncouple” amicably. The parents of Apple, 10, and Moses, eight, have been photographed together since the news, and claim that they continue to be good friends.