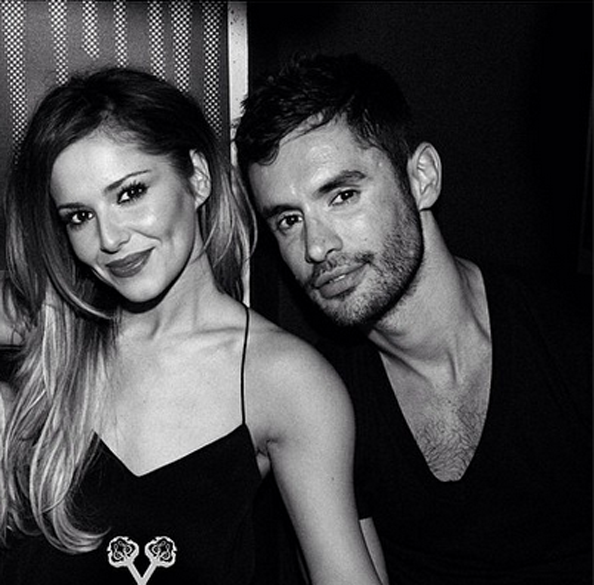 She famously sang, “You’ve got to fight for this love” and now it looks as though Geordie entertainer, Cheryl Cole, has won the first round after revealing she’s married her boyfriend of three months Jean-Bernard Fernandez-Versini.

With rumours circulating, The X Factor judge was forced to make an announcement revealing that she wed restaurant and club owner Jean-Bernard Fernandez-Versini on a beach in Mustique last Monday. Cheryl, 31, and Jean-Bernard, 33, ensured the nuptials were incredibly private, inviting just four guests.

Sharing a picture of her wedding ring on Instagram, she wrote: “I usually do not discuss my personal life but to stop the speculation I want to share my happy news… Jean-Bernard and I married on 7/7/14. We are very happy and excited to move forward with our lives together.” 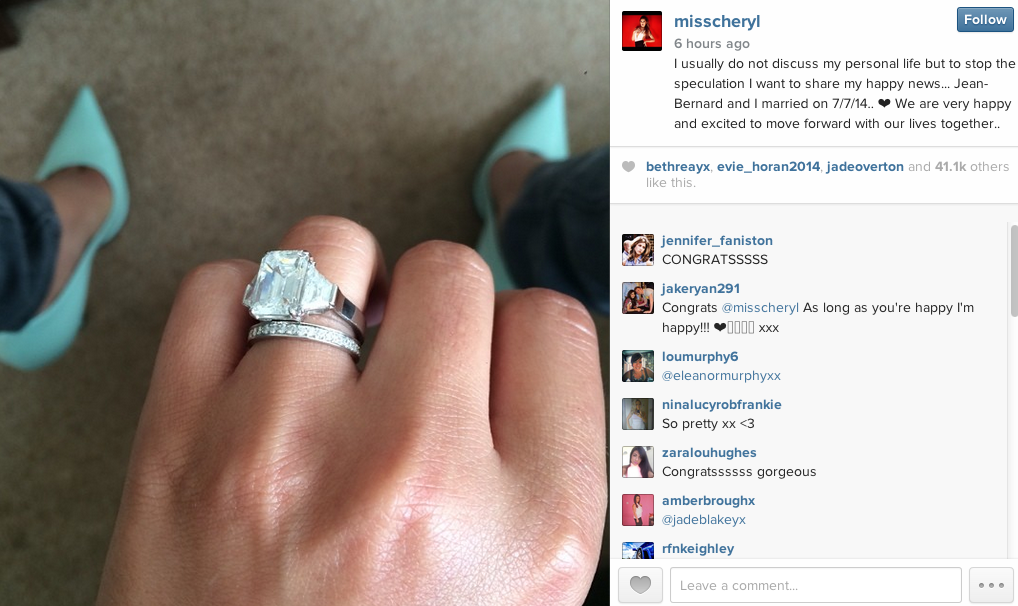 Cheryl Cole made the shock announcement on her Instagram

Perhaps Cheryl wanted to keep things simple given that it is her second marriage. She separated from British footballer Ashley Cole – her husband of four years – in 2010. While Cheryl may be enjoying a good run in both her personal and professional life, the former Chelsea left-back has not has it as good, having been famously snubbed by Roy Hodgson’s England squad for the 2014 FIFA World Cup.

Cheryl was left heart-broken after the collapse of her marriage to Ashley amidst rumours of the footballer’s numerous infidelities, revealing in her autobiography, entitled Cheryl: My Story, that that she believes she suffered a “nervous breakdown” following the split.

She has since dated Tre Holloway, an American dancer, but the pair split in 2013.

Jean-Bernard and Cheryl made their romance official at the Cannes Film Festival in May this year. While Cheryl has up until now remained tight-lipped about the relationship, the handsome Frenchman divulged he’s been teaching the pint-sized pop princess a few phrases in his native tongue – and Cheryl has returned the favour by schooling him in her native Newcastle dialect.

“My English is better than her French, but I teach her the words. Mainly the bad words! She teaches me the Geordie,” he revealed.

Cole will return to The X Factor UK this autumn to judge alongside Simon Cowell, Louis Walsh and former Spice Girl Mel B.