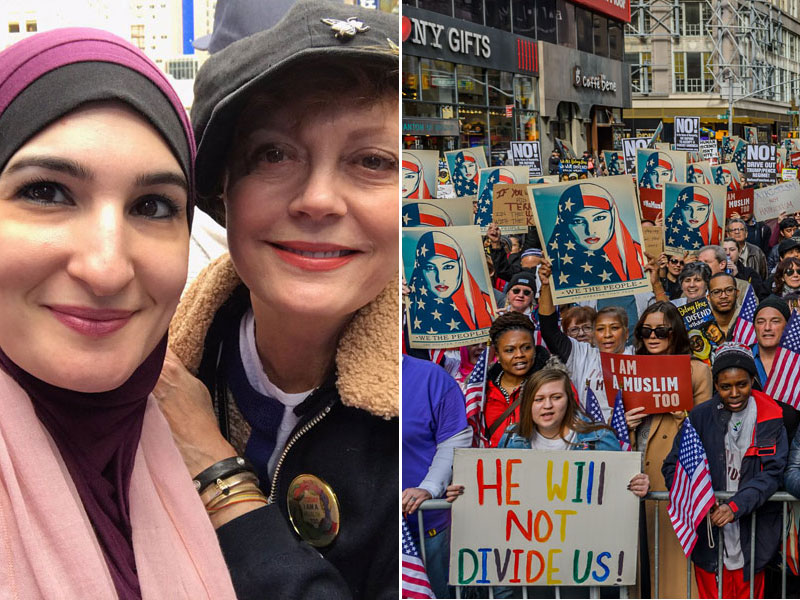 Chelsea Clinton and Susan Sarandon were among those who marched to show their support for Muslims.

More than 1,000 New Yorkers have joined a protest in Times Square in a show of solidarity with Muslims in America.

The #IAmAMuslimToo protest was held in response to US President Donald Trump’s executive order banning travellers from seven Muslim-majority countries.

While a federal judge halted the travel ban earlier this month, Trump is said to be working on a revised version, targeting the same seven nations as in the original ban, AP reported.

Sunday’s rally was described as a “day of solidarity in support of equality and tolerance”, according to the protest organisers. 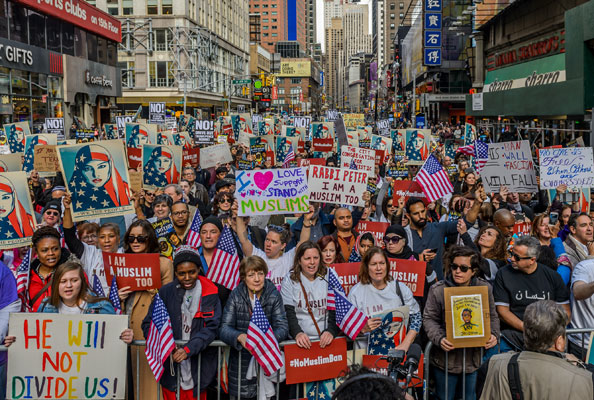 “There is no greater time than now to stand up for our Muslim brothers and sisters who are under increasing threat and pressure.”

Activist and former first daughter Chelsea Clinton was among those at the protest, bringing along her two-year-old daughter, Charlotte Clinton Mezvinsky.

Clinton tweeted that it was the toddler’s “first protest rally”.

“I am unapologetically Muslim, all day, every day,” Sarsour told the crowd.

“I am not afraid because fear is a choice; it is not a fact. So today I ask you, in the true grit and spirit of a New Yorker, that you choose courage in the face of fear.”