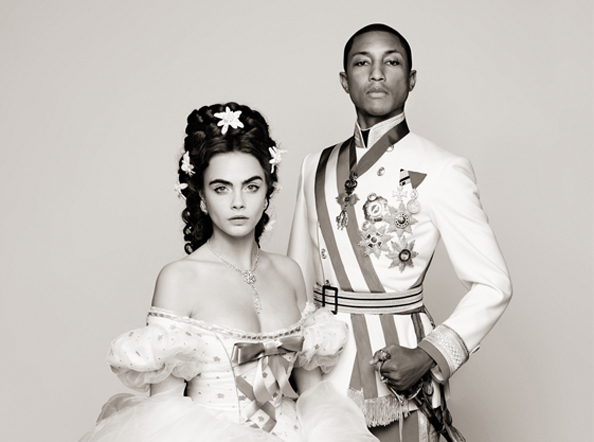 Cara Delevingne and Pharrell Williams are given a Hapsburg makeover in Karl Lagerfeld’s latest film for Chanel, which is due to premiere at the Métiers d’art collection in Salzburg next week. The video will feature a new song CC the World, written and composed by Pharrell, who sings the song with model Cara. 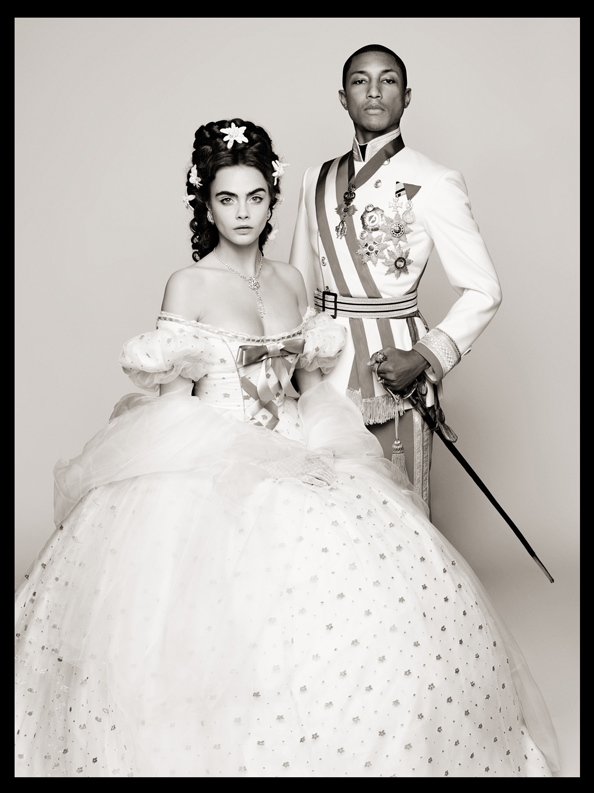 The film retraces the history of the iconic Chanel jacket. Legend has it that while holidaying in the suburbs of Salzburg in 1954, Gabrielle Chanel, played once again by American-born, British actress Geraldine Chaplin meets a young lift boy, played by Pharell who wears a jacket which later inspired the iconic Chanel jacket. In an extended dream sequence, the Happy singer is ‘reincarnated’ as Franz Joseph I, the Emperor of Austria, while Cara plays his wife, Empress Elisabeth “Sisi” of Austria. 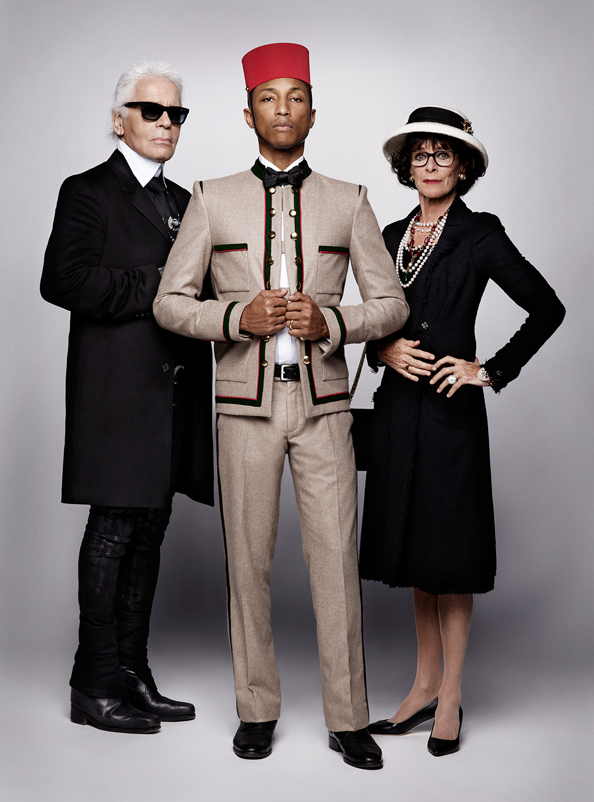 “It was time to show the origins of the Chanel jacket, inspired by the one worn by the lift attendant in a hotel near Salzburg in the 1950s. Reincarnation is the story of a lift attendant’s jacket being reincarnated as a timeless piece of women’s wear,” declares Karl Lagerfeld.

Karl Lagerfeld adds: “None of this would have been possible without Pharrell Williams, Cara Delevingne and Geraldine Chaplin. It’s the perfect cast. Pharrell is a genius and Geraldine at her best in the role of Gabrielle Chanel in the year of her comeback.” Other members of the cast include Lady Amanda Harlech, who appeared in Lagerfeld’s last pre-collection film Private View, models Baptiste Giabiconi and Heidi Mount and six-year-old Hudson Kroenig, who will return to the Chanel catwalk at the Métiers d’art show.

Reincarnation screened in Salzburg on December 1, 2014, the night before the Paris-Salzburg 2014/15 Métiers d’art show.

Not convinced Cara can sing? Here are some videos of the multi-talented beauty proving her skills: