Hurrah, You Can Now Rent A Car By The Minute In Dubai 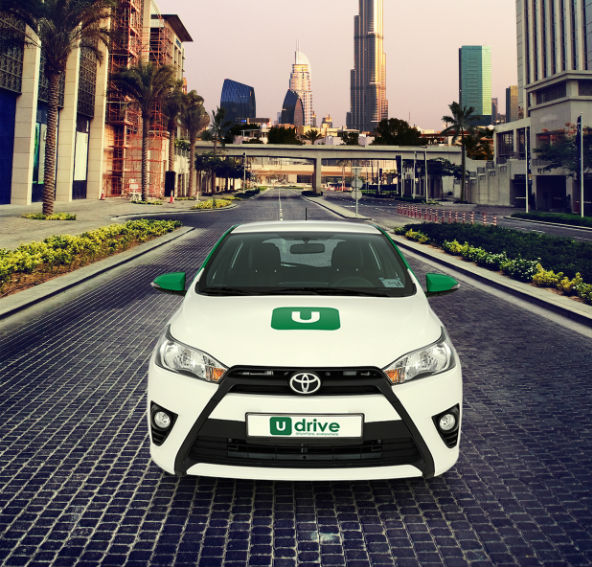 Don’t want to commit to buying a car when you only need it for a few hours every so often? Well, there’s a new solution at hand.

Dubai’s Roads and Transport Authority has just launched the Smart Rental Services, a programme which lets motorists rent a vehicle for no more than six hours at a time.

Starting up with a 200-car-strong fleet, the initiative kicks off in the city on Monday – and prices start from as little as 40 fils a minute.

The RTA has teamed up with private companies U Drive and ekar – both of whom have 100 cars apiece – to create the service, which is the first of its kind in the Middle East.

Read:
There’s A Very Good Reason Why You Should Ditch Your Car Next Month
Getting Around Dubai Mall Just Got A Lot Easier On Your Feet

Now the cost varies depending how long you rent the car for, and where you drop it off.

Currently, companies across the city don’t rent out cars for fewer than 24 hours (irrespective of whether you need the vehicle for less).

So where can you find one of the short-term cars? Well, they’ll be at 45 locations across Dubai, including five metro stations (Rashidiya, Burjuman, Ibn Battuta, Union, and Business Bay). However we do have some bad news – there are parts of the city which aren’t covered, namely Dubai Media City, Internet City, Knowledge Village and Deira Fish Market.

The move hopes to give residents an alternative and cheap method of getting around the city (especially during the unbearably hot summer months), and you’ll be able to fuel up the cars for free at any Enoc and Eppco petrol station.

The RTA has vowed to keep an eye on which locations are the most popular, and beef up the number of cars in any particularly busy spots.

So how do you book one of the rentals? Well it’s all done through U Drive and ekar’s apps, both of which charge a Dhs20 a month subscription fee.

Read:
These Famous World Travellers Are Putting Everyone’s Dubai Snaps To Shame
Want To Travel Like A Business Class Passenger Without The Ticket? Well…

You have to register with your Emirates ID or passport, driving licence and credit card details, plus a photograph, and you’ll then be given a PIN which you can use to start the car.

The car itself will be unlocked by the app (pretty neat, huh?).

“The smart rental service supports RTA’s efforts to bring happiness to people and increase the ridership of public transport means,” said HE Mattar Al Tayer, Director General and Chairman of the RTA’s Board of Executive Directors, revealing that hybrid cars may be used in the future.

“The hourly car rental system provides bespoke alternative transit means for public transport riders in Dubai that goes with their needs and requirements, and offers them access to the best global practices of car-sharing of rented vehicles, besides providing highly efficient and cost-effective transit means.”