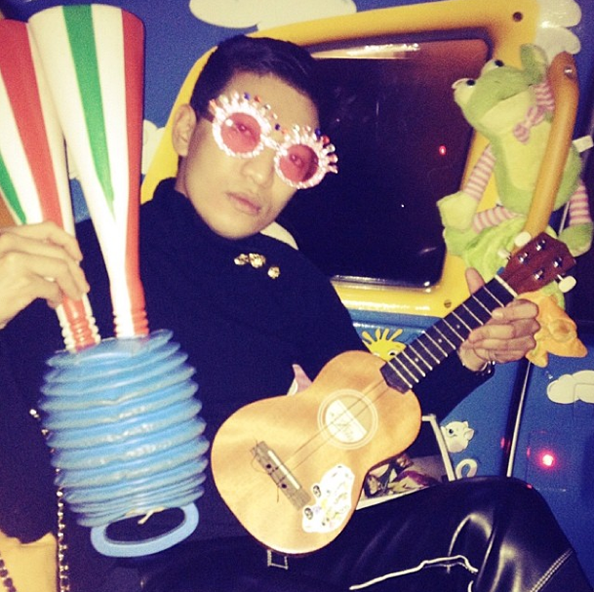 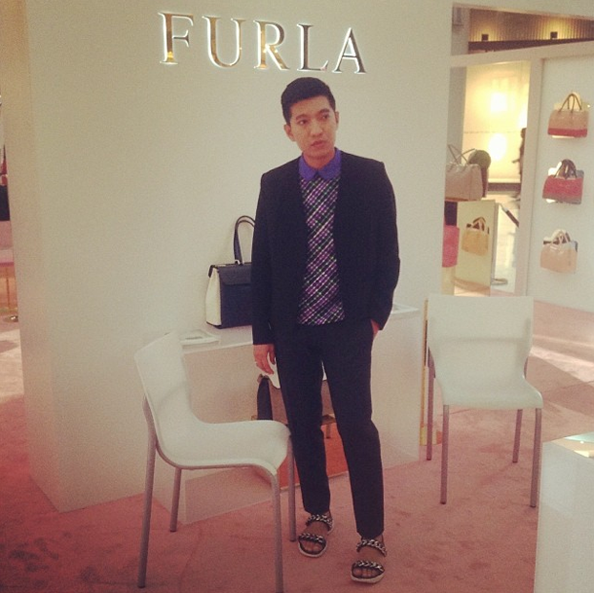 Dubbed ‘the pioneer of fashion blogging’, Bryanboy was in Dubai this week promoting Furla’s Candy Pop Up Store at The Dubai Mall and the new Up In The Sky S/S14 collection. We caught up with the fashion darling who shared his juicy gossip on blogging, New York Fashion Week and Anna Wintour.

Having worked with Furla as a brand ambassador for the last two and a half years, Bryanboy was the perfect choice to accompany their Candy Pop Up Stores across the world. After taking residence at Corso Vittorio Emanuele in Milan, Bloomingdale’s in New York, Printemps in Paris and Gum in Moscow, the pop up store is now in the UAE’s The Dubai Mall, and Byranboy was here to celebrate the opening. But who is this blogger extraordinaire?

Born Bryan Grey Yambao on March 21, 1981 in the Philippines, Bryanboy seemed to shoot from relative obscurity to international fashion personality overnight. He’d starting blogging in 2004 long before the likes of The Sartorialist, Tommy Ton or Garance Doré, and by 2009 his hard work had paid off after being personally invited to the Marc Jacobs A/W show – an invite that elevated him to the same level of importance as industry tastemakers such as magazine editors and buyers. Never before had a fan and blogger had the attention turned so swiftly from documenting shows on his blog to being documented. Even Marc Jacobs thought fit to name a bag after him – the BB. Thanks to his eccentric personal style, biting commentary, over the top sense of humour, shopping obsession and his willingness to turn the camera on even the most personal aspects of his life he has won over both the average fashion enthusiast and top fashion glitterati – even Anna Wintour adores him. 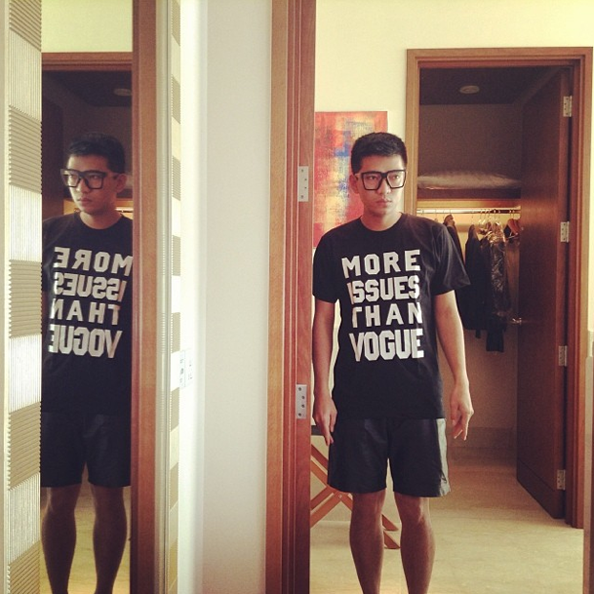 We sat down with the blogger extraordinaire to discuss his work with Furla , The Dubai Mall pop up store and his fabulous fashion life.

How does it feel to be in Dubai?

It‘s my first time here. I’m very excited. I’ve always wanted to go to Dubai and when Furla opened their pop up store for the Candy bag I was like, “Yes! I get to go to Dubai!”

Thanks to fashion weeks, you’re obviously no stranger to big cities, is there something you have seen in Dubai that’s surprised you?

To be honest what really shocked me when I landed here was the fact that it was a desert 10 years ago. The city is incredibly modern and the architecture is mind-blowing. To build this massive global city out of nothing pretty much is astounding.

You were recently lucky enough to visit Furla’s headquarters in Bologna, how was it?

I learnt so much about the fashion industry. I obviously go to the fashion shows, but seeing how things were run over there really educated me. Everything is so advanced. The creative team really impressed me. It takes a lot of work to produce a collection like this.

You are here to be a ‘personal shopper’ in the Furla pop up store. Tell us about this role.

The idea is to show not what they want, but what they might want. Or what they didn’t know they wanted. It is the same thing running a blog. I blog to promote the options people have. People go shopping to discover new things and when I recommended something they’re like: “It’s usually not my style, but now that you’ve showed me…” 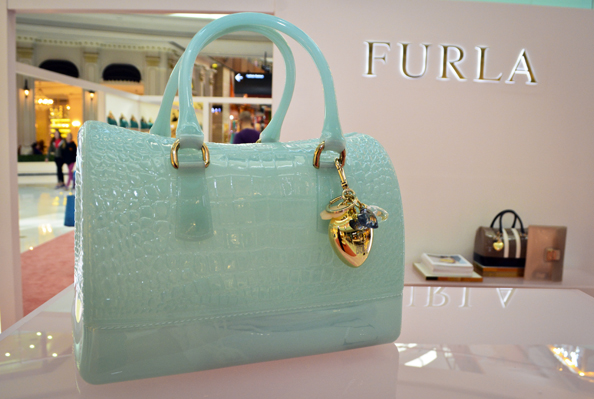 There has been a lot of talk in the media lately about New York Fashion Week becoming a ‘zoo’, what are your feelings on that?

It is a zoo, it is a circus. I am not affected. At the end of the day it is right. There are so many people who go to fashion weeks for no reason, especially in New York. In Milan and Paris it is much more exclusive. In New York they show everything in one central venue and people go there for free water. They have booths for water sponsors and booths for nutrition bars and many go for that and not for the shows. I like to think I have a great relationship with the designers. If they invite me, fine. If not, anyone can review a show by looking at images. Look at Cathy Horyn, she got banned from YSL but she still reviewed the show by seeing the images online. At the end of the day she is doing her job. You don’t need to be at a fashion show, you can go to a press show. If you’re out there to review clothes and see fashion there are ways to see it. It’s the designers to invite people to the show.

You’re not just friends with designers, tell us about your pal Anna Wintour. Is she as scary as people make out?

Not at all. That woman is incredible. She is really gracious, very powerful and very influential. My screen has her image. I admire her a lot.

You’re prolific on social media but which portal gives you the most interaction?

I would probably say Twitter. You say something really fast and people reply fast too. With Instagram you have to constantly monitor every picture you make for comments and I don’t have the time for it. With Twitter you tweet something and then there is separate page for replies. So Twitter is the best platform for engagement.

When you started out you were on the outside looking in, do you feel like you are an insider now?

Tell us about your role on America’s Next Top Model.

I’ve been doing it for two years. TV is a different platform to blogging. They are recording you non-stop and whatever you say you are the mercy of the editing room and you don’t really have control of that. Whereas if you are blogging or on social media you are in control, you can edit your images and copy. Once you are on camera there is no way to edit yourself.  You really have to be careful. In the beginning it was challenging, you have to learn quickly.

Where do you see yourself in 10 years?

Definitely not taking pictures of myself. I will be 41! I will definitely still have a blog. It is an incredible platform for me. I really love sharing my experiences and making people laugh. I have been dabbling in design lately. I have my fur collaboration with Adrian L and hopefully a collaboration with Furla. I love the idea of challenging myself through merchandising and that’s an option I am willing to explore. But it’s too early to design my own line.