Brooklyn Beckham Lands A Cover In His Modelling Debut 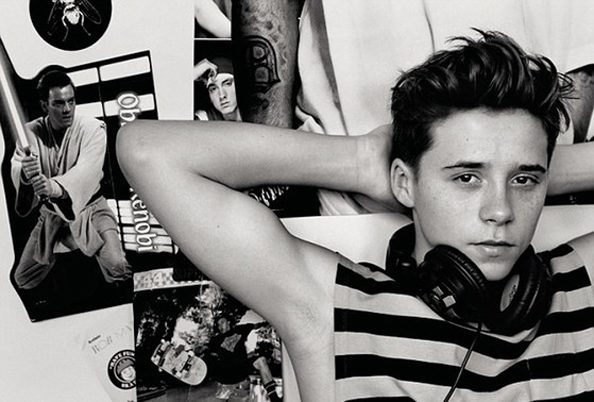 His parents are usually the ones making headlines but Brooklyn Beckham, the eldest son of David and Victoria Beckham, is now enjoying his time in the spotlight after landing the front cover of bi-annual men’s lifestyle publication, Man About Town. The 15-year-old features in a 20-page fashion spread in the high-end magazine, which was shot by famed photographer Alistair McLellan, a family friend of the Beckhams who also worked with Victoria for her debut UK Vogue cover.

Modelling top designer brands including Saint Laurent and Ralph Lauren while posing in the backdrop of an adolescent boy’s bedroom, Brooklyn is the spitting image of his famous father, who, coincidentally, fronted the last Man About Town cover before his son. According to Ben Reaardon, the editor of Man About Town, the feature aims to show an “honest insight” into men’s clothing choices that celebrate current teenage fashions and they are thrilled to have the Beckham’s eldest son take a starring role. He said: “We could not have wished for a stronger subject than Brooklyn tobring this story to life. He was a diligent, relaxed cover star for his first ever fashion shoot.” 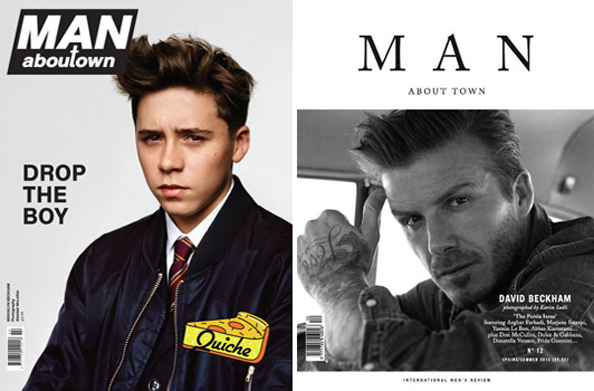 Brooklyn’s modelling career follows in the footsteps of his younger brother Romeo Beckham, who starred in Burberry’s spring/summer campaign last year when he was just 10 years old. The youngster modelled alongside famous industry talents including Edie Campbell and Cara Delevingne. Speaking about his children’s recent forays into the fashion world, veteran model and former football star David, who was recently called “underwear model of the century” by Tommy Hilfiger, commented that his children “are very grounded, they do normal things – as normal as they can, obviously, given our situation.” While the next generation of Beckhams are often seen at football practice and partaking in normal childhood activities, they have most definitely caught the showbiz bug. 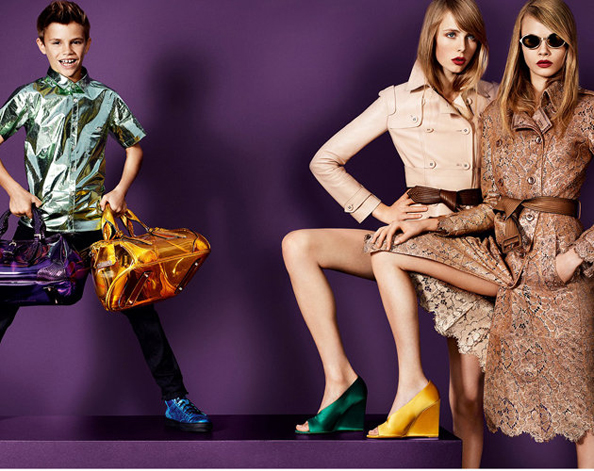 Romeo stars in the Burberry campaign