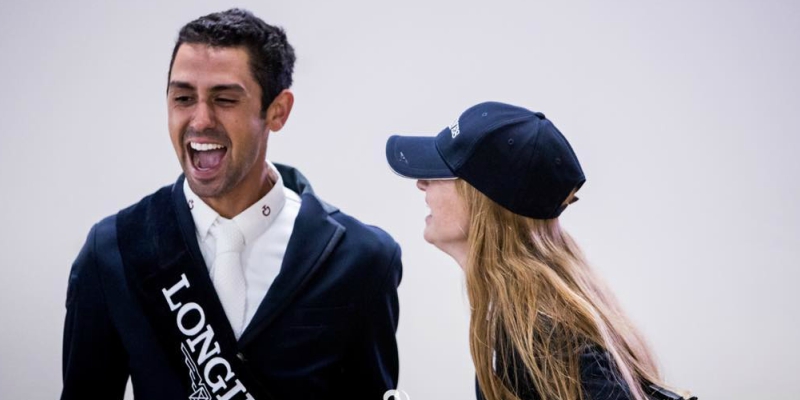 Love is in the air

Jennifer Gates, daughter of American billionaire and founder of Microsoft, Bill Gates, traveled to Cairo, Egypt with her Egyptian boyfriend Nayel Nassar. The couple of nearly two years have taken to Instagram to share pictures of their trip.

Jennifer is an equestrian athlete who has fallen in love with the young Egyptian who plays the same sport. The two Stanford grads were brought together by their love for horse riding, and have reportedly been together since 2016.

Nayel was born in Chicago to Egyptian parents and grew up in Kuwait, before moving back to California in 2009. He is a professional equestrian, and has been riding ever since he was five.

In in February, he won the cup at the Longines FEI World Cup Jumping Wellingston after he finished the race in 38.15 seconds. Back in 2012, he won the Artisan farms Young Rider Grand Prix Series at the Winter Equestrian Festival. Moreover, he represented Egypt at the 2012 London Summer Olympics, as he was among Egypt’s reserved riders.

The Egyptian is fluent in four languages: Arabic, English, French and German. He graduated from Stanford University in California in 2013, with a degree in economics and management. He attended Jennifer’s graduation from Stanford this summer, and took to Instagram to share a sweet photo of them.

Nayel took Bill Gate’s eldest child to Kuwait last year to meet his family. He posted several pictures of Jennifer meeting his family with a sweet caption, “Memorable times in Kuwait last week with family and old friends. Got to bring Jenn home and give her a glimpse of my childhood. It meant the world to me. Needless to say, she was loved by all..including Jerry ”