Are Beyonce and Jay-Z Expecting Their Second Child? 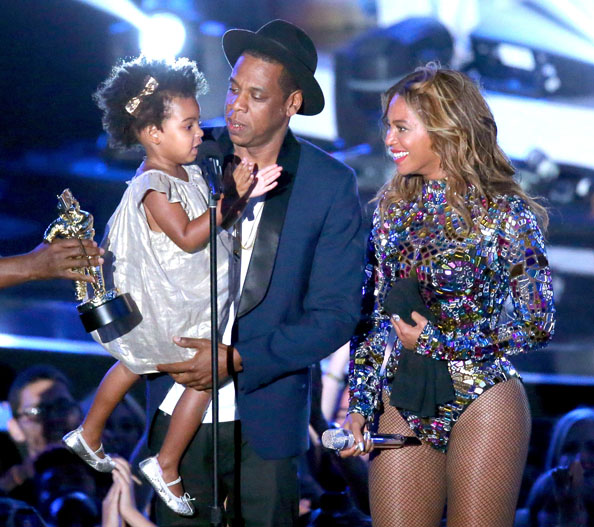 Amidst all the divorce rumours and following hot on the heels of their adorable family appearance on the MTV Video Music Awards, it seems Beyonce and her husband Jay-Z have been preparing for a very big announcement. According to sources she is pregnant with their second child!

While music entrepreneurs Jay-Z and Beyonce haven’t confirmed news of baby number two, sources claims this is not unusual, with the Destiny’s Child singer said to be very superstitious on the subject, especially after tragically suffering from a miscarriage before having Blue Ivy.

If the baby rumours are true many fans are hoping the ‘Sellotape’ baby could save what seems to be a dwindling relationship. Despite the couple planning their On The Run tour so that they could have the perfect combination of being together with their fans at night and being together with their daughter in the day time, suggestions of an imminent divorce started following that incident in the lift in which Solange Knowles was seen attacking Jay-Z.

According to USA’s OK! Magazine: “A source confirms that things got very dark between the couple in the aftermath of that incident: ‘Beyoncé is not dumb, and she knows that where there’s smoke, there’s fire. She couldn’t see any way out other than divorce.’ Now, though, the source says Beyoncé and Jay seem to have reconciled, and, furthermore, that they’re hiding a life-changing secret: Beyoncé, 33, may be pregnant with their second child.”

While the tabloids are working around the clock to determine whether Blue Ivy is expecting a little sibling, the divorce rumours have not died down, most likely thanks to Mathew Knowles, Beyonce’s dad and former manager, who has piped up and offered his view on the whole affair.

Mathew announced on a Houston Radio show that he believes the recent dramas were all a scheme to create a buzz about the couple’s On The Run tour. When pressed to talk about the leaked video of the lift fight, he said: “Everyone’s talking about it. Ticket sales went up. Solange’s album sales went up 200 per cent!”

Well, if Mathew is right and this is just all one big publicity stunt then we have to admit they have all certainly got our attention.