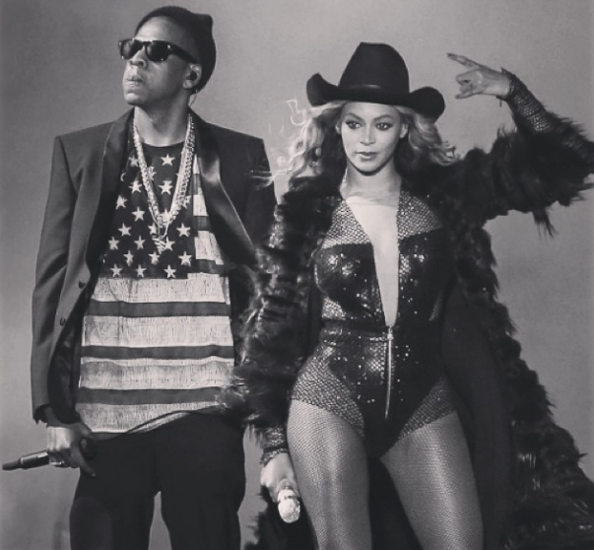 Ever wanted to walk in Beyonce’s shoes? Well, now you can with the Bootylious singer designing her first pair of heels exclusively for Giuseppe Zanotti.

If ever they was a celebrity to design fabulous shoes it’s was always going to be Beyonce. After all this is the lady who, even when pregnant, is never not seen dancing without her skycrappers. We’re just surprised a collaboration of this kind hasn’t happened sooner.

Beyonce Knowles’ debut shoe design for Giuseppe Zanoti is due to hit stores in one to two weeks with sources hinting we can expect something with an “ultra-thick platform” and  stiletto heel – basically Bey’s signature look. 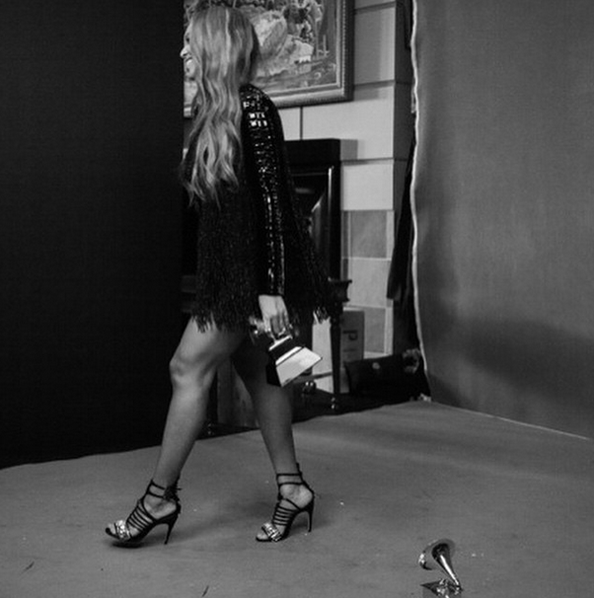 “I’m working on finalising the shoe with her stylist right now,” said Zanotti of the highly anticipated partnership. “And, Beyoncé will then say what she likes and what she doesn’t like. It will be one shoe only.”

Sycophantic about the singer’s star power and also about her impressive talents, Zanotti added: “Beyoncé has very clear ideas. She knows exactly what she wants. The thing which she then also has over other celebrities, is that she has an amazing voice. She’s incredibly talented and she’s an amazing dancer – she’s complete.”

The brand is no stranger to collaborations having previously worked with model Anja Rubik as well as Kanye West. The rapper, who is married to Kim Kardashian worked with Zanotti to create footwear for his first collection, which included a heel inspired by his Cruel Summer album. The collection consisted of four styles which were debuted in Paris during spring 2012 fashion week. The most popular shoes were a pair of white beaded sandals that Kim wore to the show. 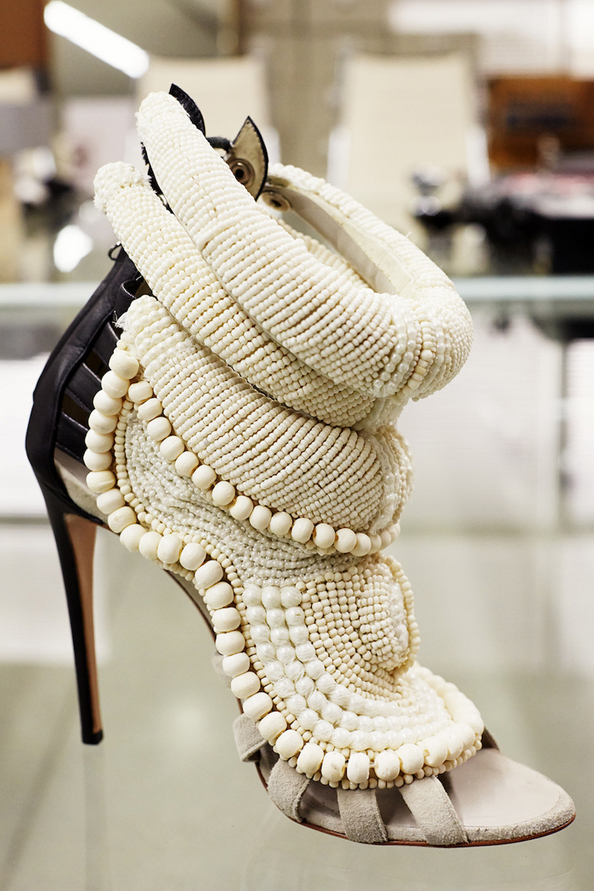 The popular beaded sandals from Kanye’s collection with Zanotti

And, of course, style icon Beyonce is popular in the fashion industry having already worked with Topshop – expect a their joint  joint label of athletic streetwear in autumn 2015.

We’re so excited for the arrival of what are so sure to be the most covetable shoes in Zanotti’s history. We’re sure we will fall crazy in love with them (sorry, we couldn’t resist).