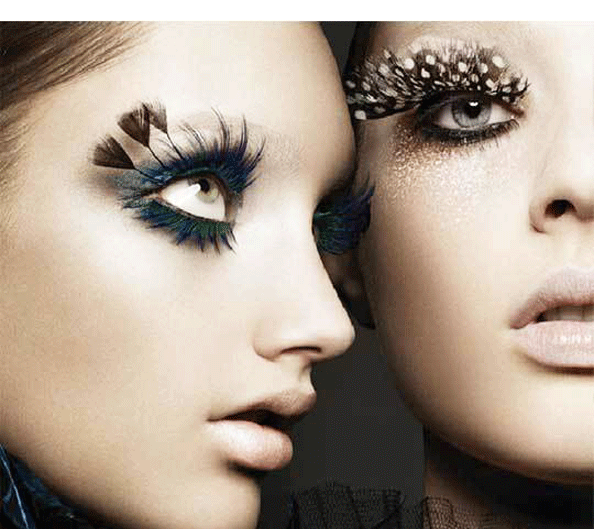 Calling all beauty darlings, this is a feature you will want, actually scrap that, need, to bookmark.

Make your eyelashes your latest fashion accessory, ditch the designer bag and make a style statement with look-at-me peepers. How? With eyelash extensions.

We’ve tried and tested the salons in the UAE and reveal the best in town below (please note: this will regularly be updated as we continue our search for the best):

The type of lashes: Russian lashes

The service: Russian lashes are slightly quicker to apply than ordinary lashes as the therapist attaches small clusters of three to five false lashes at a time to your own natural lash. This means the application is slightly faster (only takes an hour to apply).

The lashes are made from silk which gives them a glossy sheen. It’s also thinner than the usual Blink lashes. As the ‘lashes’ are similar in thickness to your own lash they blend in easily making the full effect look more natural, while still having the incredible wow-factor.

The result: The application was painless (no burning sensation) and the lashes felt incredibly light – often falsies can weigh down your natural lash and make you feel tired, but not these. You’ll forget they are there until someone compliments you on your luscious flutter.

How long did they last: Two weeks. They could’ve lasted longer but they were starting to clump together.

The type of lashes: Lashes by Laila

The service: If you are into your beauty then you will no doubt have heard of Laila as she is the woman to go to for enviable lashes.

Laila uses 100 per cent synthetic lashes which look more authentic. Also, unlike most salons she opts for shorter and thinner falsies to avoid the OTT reality TV show star wannabe look. In fact she uses the finest-sized 0.10 and 0.15 lashes – most salons go as high as 0.30 – which causes no damage to the natural lashes.

Each individual false lash is painstakingly applied to your natural lash. The single lashes allow Laila to ensure you are left with a super-natural look, that while it may not be as in-your-face-glamorous as other lashes they do look like you have a fabulous set of  big, curled natural lashes.

To ensure you get the best look for you, Laila, a self-confessed OCD therapist – “I just want it to look perfect” – throughly examines  your lashes before the treatment and in some cases will advise LVL treatment first (usually advised when lashes are too straight or fine.) LVL enhances the natural lash making it easier to attach the falsies and giving more oomph to the look.

The result: While not obvious they definitely still stand out. However, rather than being  out there glam they look more real and elegant so everyone thinks you just have amazing natural lashes. They’re still obvious enough to get away with not wearing mascara.

How long did they last: Two weeks. Due to Laila’s precise application of individual lashes they fell out naturally without leaving big gaps.

How To Avoid A Bad Beauty Salon Experience

Hair Talk: Secrets Of The Salon

The service: Much like the Tips & Toes treatment, these work by gluing multiple, ultra-fine synthetic extensions on to a single lash, but the technician was such a perfectionist that it took 30 minutes longer than the advertised 90-minute session. However that’s not a complaint, such attention to detail ensured they were perfectly curled, spaced with razor-thin precision, and the whole experience was so soothing (no tingling sensation, and no tugging or pulling), it actually induced a solid 45-minute snooze.

The result: A very full, very voluminous, flutter of lashes that look like top-quality falsies. These slightly sheeny extensions came in the blackest of black, so if you’re after a very natural, your-lashes-but-longer effect, these aren’t the ones for you. However if you’re seeking to make a dramatic statement for a special occasion (think a Kardashian at an awards show), these mostly certainly fit the bill.

While they don’t look like your god-given lashes, the handiwork is impeccable – it’s almost impossible to tell where the extension meets the real deal, and they take minimal effort to maintain. Just a simple run through with a spoolie each morning kept them separated, defined, and yet didn’t yank any out, even when brushed from the root.

How long did they last: Five weeks – and that includes seven days of a Grecian beach holiday. They had significantly thinned out by week three, but so evenly it was barely detectable, or so colleagues said. They did, however, start to clump together and point in different directions towards the fourth week, and needed to be removed professionally (those suckers were so well glued in, they weren’t falling out naturally). So if longevity is top of your must-have list when it comes to extensions, look no further.

The service: Cecilia at Belle Femme has been applying lashes for eight and-a-half years, and so knows her stuff. Thankfully, she’s also speedy: a full set of extensions, aka 155 individual lashes, took her around 90 minutes to apply.

During the appointment she painstakingly glues the extensions onto your existing eyelashes with her steady hands. The result can be natural or dramatic, depending on what you want (go for a 14 mm extension if you want a really ‘wow’ look).

The result: While our eyes did sting a little during application, the extensions felt super-natural from the moment we walked out of the salon. Just make sure to tell the therapist if any lashes feel uncomfortable so they can fix the problem before you leave.

Plus, after following Cecilia’s aftercare tips – no shower for 12 hours, and making sure to dab our eyes with a towel rather than rub them – our first extension only fell out after week two.

The salon recommends you get a refill after two weeks (Dhs250) to bulk out areas where the lashes have fallen out in clumps, but we didn’t need this as they dropped out evenly and slowly.

How long did they last: Four weeks later and we’ve still got some extra va-va-voom. Impressive.