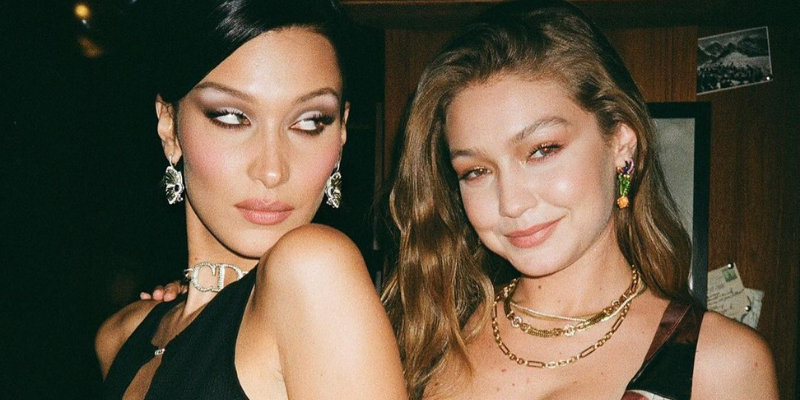 Supermodel sister duo Gigi and Bella Hadid are both forces to be reckoned with.

Having both dominated the fashion industry for the past few years, modelling for some of the most coveted luxury brands including Versace, Burberry, Givenchy, Chanel, Valentino, Chloé and more.

The pair are often seen on the catwalk and in campaigns together, but are both equally household names in their own rights.

The elder of the two sisters, Gigi, was the first to begin modelling as a baby and Bella eventually followed in her big sister’s footsteps starting her modelling career when she was a teenager.

As part of her birthday tribute to her elder sister, Bella thanked Gigi for being a teacher to her, whilst also sharing a series of unseen photos of the pair from their childhood and from backstage at various fashion shows and events.

“I wouldn’t be able to do this life without you Gigi,” Bella said on Instagram to mark her sister’s 26th birthday. “Thank you for all that you have taught me and for always supporting me the way you do.

“Happy Birthday bestie. I love you so much.”

“I have always been so very proud of the young woman you grew up to be every step of your lifetime but watching you give birth and become a mother yourself has given ‘proud’ a whole other meaning,” she said.

Yolanda also reflected on losing her own mother, Ans van den Herik, two years ago, but stated that her first grandchild, Khai, “awoke a part in my heart I never knew existed”.

Meanwhile, Mohamed Hadid decided to share some unknown facts about his daughter to mark her birthday.

Taking to Instagram, the property tycoon shared a photo side-by-side of his daughter posing for the Burberry AW21 show and of baby Khai.