Author, mum, entrepreneur: How this Dubai success juggles it all 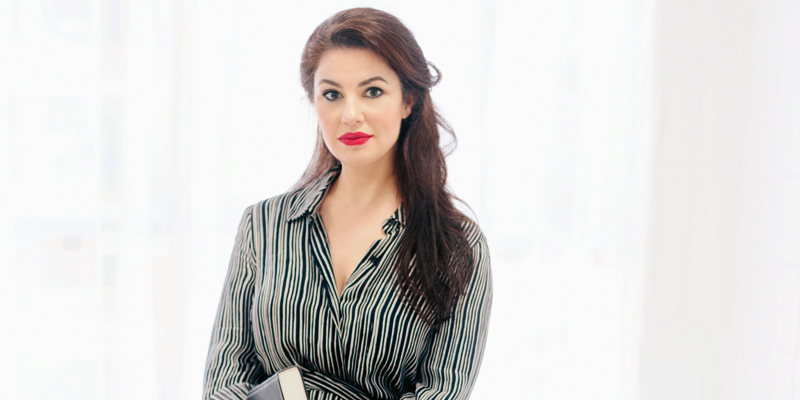 We find out how Karen Osman grew her business, had a baby and won the UAE’s most prestigious writing award – all in the same year.

Karen Osman is busy. Extremely busy. The management of her business, babies and a brand-new three-book deal sees that she is. And while the pressure of all those responsibilities would be enough to keep anybody up at night, the mum-of-two makes it look easy.

We meet at Boulevard Plaza Tower in Downtown Dubai, where she has a serviced office, and she’s looking perfectly poised for someone who woke up at 5am that morning to squeeze in a few extra hours of work.

Read:
Dubai designer behind Queen Rania’s look is ‘over the moon’
Want to dine like a royal? Then check out these Dubai restaurants

The 39-year-old walks in, rocking black suede boots and fishnet tights, carrying a chic Prada handbag, and sporting a smart Zara dress paired with an edgy leather jacket from Reiss. Her years of experience in business and the luxury industries, with a combined creative flair, are evident even from her outfit.

She’s professional, calm and confident, but also has a down-to-earth demeanour that makes her extremely easy to get along with. It’s no wonder she’s done so well for herself.

Karen arrived in Dubai in 2004 to work for a luxury hospitality company, which she stayed with for seven years before starting her own business in 2011. Travel Ink – her first baby – is a communications company that provides cross-platform content writing and strategy, public relations, training and translation services to the travel and hospitality industry.

Want to get your hands on my new book? Well, it will be available in paperback in Sainsbury’s from October 5th! #thegoodmother #authormums pic.twitter.com/5D9h8F4L3H

“I really wanted to get back to my roots [in writing],” she tells us, explaining her decision to go out on her own. “Plus, I felt there was such a need here for good quality content. I did a bit of research and I decided there was something in it.” While she originally set up as a freelancer, she has since scaled the business and now works with a multiple brands, employing 10 other professionals on a regular basis.

Four years after she set up shop, and as the company began to expand its client base, Karen started working with Murtaza R. Manji, the director of Action Coach. One of the topics they were discussing was PR in business, which led her on a search for content writing competitions in the region. That’s when she came across the Emirates Airline Festival of Literature Montegrappa Novel Writing Award.

“I’d never written a novel before, but I thought ‘you know what, I’ll go for it’.” A few months later, heavily pregnant, she had submitted her synopsis and the first 2,000 words, and volunteered as a blogger for the festival. “I thought I’d just go along to the prize giving to see who wins, never thinking it would be me, then I hear my entry read out!”

She won the top prize that year for The Good Mother, her crime-thriller, or “domestic noir” novel, which draws parallels to global big-hitters such as Gone Girl or The Girl on the Train. It was such a success at the festival that, as soon as she’d completed the manuscript (it took her a few months, as she gave birth to her second son, Ryan), Luigi Bonomi, an agent and judge at the festival, managed to sell it to Head of Zeus Publishing, which also commissioned her for two more.

She’s now eagerly awaiting the release of her second novel, The Sins of Our Mother, another thriller about a woman who grew up in a children’s home in the Sixties before being adopted in her teens. And next February, she’ll submit her third book.

In order to manage her many, many responsibilities, Karen calls on what she learned from business coach Murtaza, who puts a major focus on planning. His strategy – which Karen describes as “fantastic” – is to help clients achieve their dreams by incorporating  three things: a goal, a measurement of success and a tracker.

Karen says the first time she set up her business, she got a “bit carried away with living the dream and all of that. It’s so important to do the research and the financial planning. Run the numbers regularly, keep an eye on that bottom line and make sure that cash flow is flowing as it should be.” It’s also about hard work and lots of networking, she says. “Surround yourself with like-minded and positive people.”

Read:
Meghan Markle makes secret trip to mosque to comfort fire victims
Zahra Lari: ‘With my story, I feel I have broken ground for women’

It’s easy to get caught in a vicious cycle of fear, whether you’re afraid of failure or even success, especially when your dreams are involved.

But Murtaza has a newsflash: “You’re going to die and, chances are, you won’t be remembered past your grandkids. So, what exactly are you here for? Answer: to make the most of this very short time we have. “Your dreams are achievable only in a very tiny sliver of time, when you have all three resources: time, energy, money. Don’t waste any of them hesitating, because you may not have too many opportunities.

“When you find yourself hesitating, ask yourself: would I rather have tried and learnt, or have stayed asking ‘what if?’? No person in the latter part of their life regrets trying, but most regret hesitating.” Karen, for one, will certainly never have to worry about that.