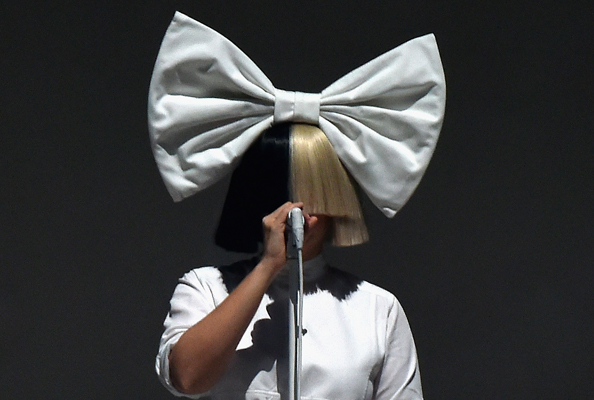 We’ve warbled Cheap Thrills at the top of our lungs while stuck in traffic on Sheikh Zayed, and now you can sing along live with its creator right here in Dubai.

Australian songstress Sia has just been confirmed as the headline act for the Dubai World Cup, which will be held at Meydan Racecourse on March 25.

Janet Jackson closed the show at the “world’s richest horse race” last year, and Jennifer Lopez and Kylie Minogue have previously performed, so we’re thrilled another female superstar will do the same again this year.

Read:
So Many Celebrities Are Jetting Into Saudi Arabia This Weekend
Leonardo DiCaprio Gets His Steak Personally Seasoned By Salt Bae

A spokesperson for the Chandelier singer said she’s “thrilled” about the forthcoming performance, which will be her first-ever in the UAE.

However you’ll have to be a ticket-holder for the races to see the Grammy-nominated singer-songwriter in the flesh (tickets start from Dhs450 and can be bought here, FYI).

So what’s Sia most famous for?

Well, she rose to global fame in 2014 with the No1 hit Chandelier, but the 41-year-old has been a star since the ’90s, particularly in her native Australia.

She provided vocals for group Zero 7, and enjoyed some fame in the US circa 2005 when her track Breathe Me was used in an episode of Six Feet Under.

Read:
Demi Lovato Headed Into The Dubai Desert For A Camel Trek
A Dubai Disability Centre Has Been Fined Over Kim Kardashian’s Visit

It was back in 2013 that Sia adopted her face-covering persona – a decision she puts down to anxiety over her rising profile,.

The singer’s also a super-talent songwriter, having penned tracks for Beyoncé, Flo Rida and Rihanna.

There’s no word yet on whether 14-year-old dancer Maddie Ziegler, Sia’s usual stand-in for music videos and performances, will also be coming to Dubai.

We have our fingers crossed though…