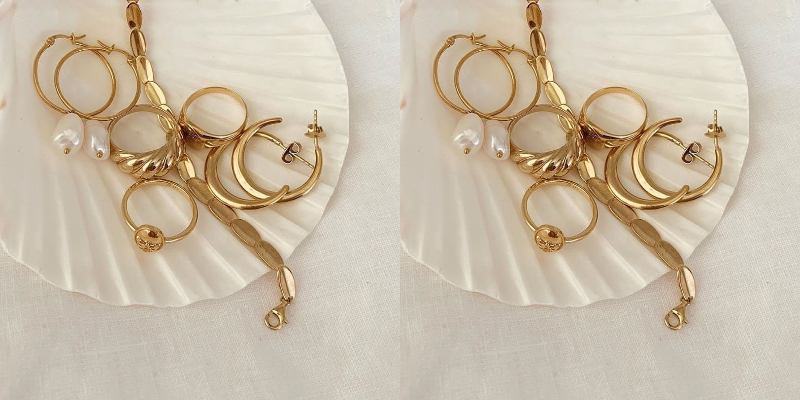 Every collection comes from a different inspiration. It can be a myth, a place, a single person or at times, nature.

For the first time ever, American business magazine, Forbes has released a Women Behind Middle Eastern Brands power-list. Over the past few years, we have seen Arab Women succeed and break-barriers in their fields, cementing their place as leaders in their respective domains. From beauty, to fashion, to technology Middle Eastern women are showing no signs of slowing down.

The magazine’s first annual Women Behind Middle Eastern Brands list is compromised of 60 women from varying fields. One of which is the jewellery business, where Arab designers have been pushing the boundaries. The list includes 11 regional jewellery designers who need to be on your radar.

One of the most iconic jewellery names in Egypt, Fahmy’s trademark combines cultural inscriptions and intricate craftsmanship resulting in well-researched pieces that pay tribute Egyptian history. Fahmy established her label 50 years ago  and has since been donned by the biggest names in the Hollywood and the region.

With almost 15 years of business under her belt, Dima Rashid’s namesake jewellery line, Dima Jewellery, has made a name for itself in the industry. Fans of the brand include, Hollywood A-listers like Oprah and Gigi Hadid, to Egyptian movie stars Mena Shalaby and Mona Zaki, and even Queen Rania of Jordan. The designer is originally from Palestine, and was born in Kuwait, and then went to pursue her education in Canada, before moving to and residing in Egypt – so one can imagine how this mix of culture have influenced her and her work.

The Toronto-based jewellery brand was founded in 2015 by Jordanian couple Noura Sakkijha and Maj Masad. With a staff of over 80% women, Mejuri is a company by women for women. The label takes a minimalistic approach to jewellery, selling timless simple pieces like: thin gold bands, classic small hoops, the occasional pearl earrings, and diamonds.

The jewellery designer launched her brand Dana Alalami Jewellery in 2008 and her hand-selected collection of rare and one-of-a-kind high-value jewellery fetched $100 million at an exclusive auction in Dubai. She is also a member of several committees, including being a board member of Jeddah Chamber.

One look about Noor Fares’ jewellery collection, and you will know that it is different than other brands out there. The Lebanese designer is known for her fun and colourful take on jewellery, combining ancient symbolism and contemporary style. A traveler, Noor includes the discoveries that she makes while jetting around the world in her designs.

Lebanese jewellery brand, Falamank By Tarfa Itani matches its rich oriental heritage with traditional craftsmanship to produce unique and handmade pieces of fine contemporary jewellery. Based in Beirut, today this jewellery design house produces collections and bespoke pieces that are worn by women throughout the world.

Ever since she was a child, Bahraini designer, Azza Al-Hujairi was mesmerised by the history of her country. With Bahrain’s infamous reputation throughout history for its gold and natural pearls, Azza knew she could not find a better medium to preserve the magic of her island.

Founded in 2011, Jude Benhalim is a high-quality jewelry brand that caters to the fierce yet feminine, classic yet daring, edgy yet elegant woman. The Jordanian brand bring a mix of tradition and modernity styles. It has been championed by numerous stars, the latest being supermodel Adriana Lima.

Lebanese jewellery designer Donna Hourani, sister of influencer Dana Hourani, makes the kind of pieces you want to wear every day of your life. Every collection comes from a different inspiration. It can be a myth, a place, a single person or at times, nature.