Another European Country Plans To Ban The Burqa 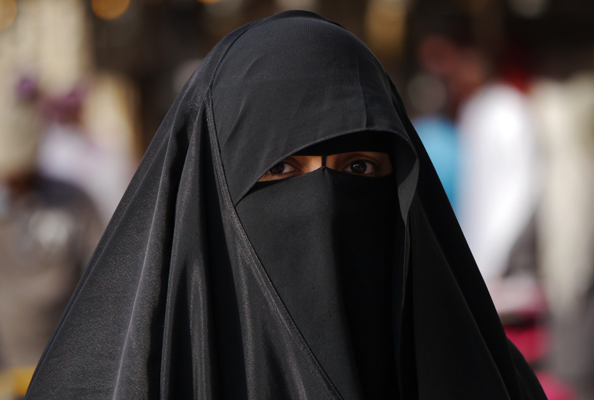 Migrants will also be made to sign ‘integration contracts’.

Austria is the latest country to announce its intent to ban the burqa from courts, schools and public places.

According to planned reforms revealed by the ruling coalition, the government will also consider a wider ban on public employees – such as police officers and judges – wearing a hijab or any religious symbols.

Public servants should instead appear “ideologically and religiously neutral”, the proposal stated.

The move is reportedly a reaction to rising support for the country’s far-right opposition party.

“We are committed to an open society, which also presupposes open communication. A full-face veil in public places stands in its way and will therefore be banned,” the policy said.

Read:
The Latest Country To Apparently Ban The Burqa Might Surprise You
Now The German Chancellor Has Called For A Burqa Ban

According to the BBC, around 150 women in Austria wear the niqab – but while the ban won’t affect great numbers, it could deter tourists from Muslim-majority countries.

The proposed policy also states that asylum seekers granted residence in the European nation will have to take part in an “integration year”, whereby they learn German and volunteer for charity.

A similar ban on Islamic dress has existed in other nearby nations, including France and Belgium, for several years.

Read:
A Saudi Woman Who Chose Not To Wear Traditional Dress Has Been Arrested
A Woman Has Been Fined Dhs120,000 For Refusing To Take Off Her Niqab

The Netherlands last year voted in favour of banning the burqa in some public spaces, along with helmets and face-concealing masks, and the proposal will now go in front of the country’s Senate.

German Chancellor Angela Merkel called for a national ban on the covering “wherever possible” as she addressed her conservative Christian Democratic Union party last month.