An Emirati Woman Will Lead the UN In Female Empowerment 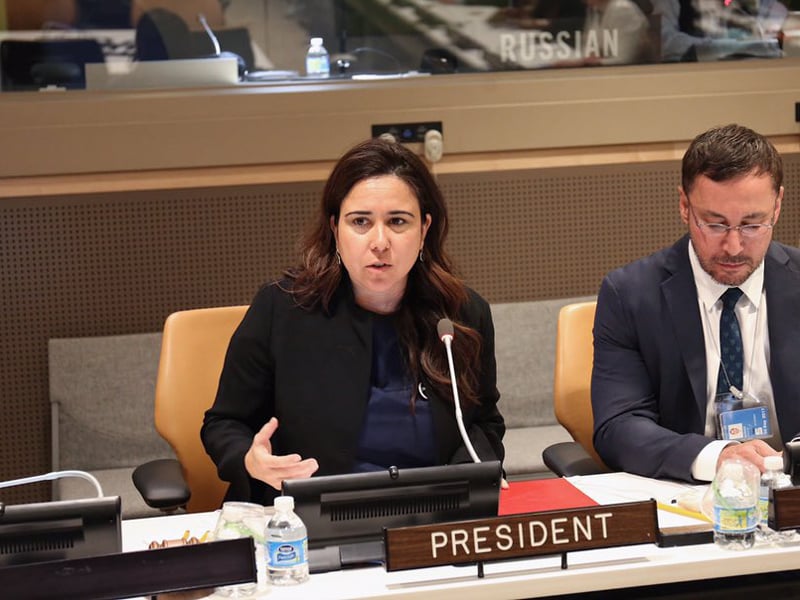 She was the UAE’s first female delegate to the UN, and now she’s been named president of UN Women.

Ambassador Lana Zaki Nusseibeh has a more impressive resume than most.

In 2013, she was the first woman to be appointed Permanent Representative of the United Arab Emirates to the United Nations, focusing on regional peace and security issues, humanitarian assistance, women’s empowerment, sustainable development and human rights.

Now the top diplomat has been elected to the presidency of the UN-Women Executive Board for 2017.

Established in 2010 by the United Nations General Assembly, UN Women works to foster women’s empowerment and gender equality throughout the world.

Read:
Sheikha Latifa: The Daredevil Royal Who’s Inspiring Us To Be More Adventurous
Women In The Middle East Show Solidarity With The US Women’s March

The organisation is described as a “strong champion for women and girls, providing them with a powerful voice at the global, regional and local levels”.

In her acceptance speech, Nusseibeh said gender equality was of “paramount importance” to the UAE.

“The constitution of the UAE guarantees equal rights for both women and men, and underpins the fundamental belief that women and men are equal partners in society,” she said.

Amb Lana Nusseibeh: Gender equality and women’s empowerment are of paramount importance to the #UAE. pic.twitter.com/iTWSkF8Iq8

“Through a series of public and private sector initiatives, women are playing an increasingly prominent role in business, military, and government.”

She said 2017 would be an important year for the UN-Women Executive Board, as the organisation would adopt its new strategic plan for 2018-2021.

The plan would outline how UN Women will work towards achieving its goal of gender equality by 2030.