It’s only been around 24 hours since Donald Trump was announced as President-Elect of the United States, but already his effect is being felt.

The businessman, who beat rival Hillary Clinton to the coveted spot in the Oval Office, has famously taken an anti-Islam stance during his campaign, revealing at one point that he wanted to ban Muslims from the US.

As the announcement of the Republican’s victory broke on Wednesday, a flurry of women said they would continue to be proud to sport their hijabs.

However now, as the news sinks in, more and more women are taking to social media to share their fears for the future.

Many American Muslims have revealed they are now deliberating whether to continue wearing their traditional dress in the wake of the election.

Read:
What A Trump Presidency Might Mean For The UAE (And Women Around The World)
British Royal Gets All-Female, All-Hijabi, Security Team During Her UAE Visit
The Truth About Middle Eastern & Muslim Misconceptions
Six Times That Hijabi Models Made Global Headlines
5 Most Common Stereotypes About Women Who Wear Hijabs

“My mom literally just texted me “don’t wear the Hijab please” and she’s the most religious person in our family….,” said one woman on Twitter.

My mom literally just texted me “don’t wear the Hijab please” and she’s the most religious person in our family….

“If you don’t feel safe to wear hijab in your area, please reach out to a friend/have a call-buddy/don’t walk alone whenever you’re out,” advised one commenter, while another Twitter user posted: “I’m scared that today will be the last day I felt somewhat safe wearing my hijab.”

Many are citing the 41 per cent rise in racial and religious hate crimes in the UK following the controversial Brexit referendum as the basis for their fears.

“My mom and my sister are actually having the conversation on whether or not they should continue wearing hijab for their own safety,” said another woman.

One person revealed a schoolgirl she sees every morning didn’t wear her headscarf on the day of Trump’s victory.

i see the same beautiful kid going to school every morning. today she isnt wearing her usual hijab. can u feel this.

Others expressed sympathy for their compatriots:

can’t believe muslim women have to remove their hijabs just to be safe , they shouldn’t have to and it makes me so upset i’m so sorry

I am afraid for my country but I recognize my Muslim friends are afraid for their lives and the lives of their children.

Earlier this year the hashtag #CanYouHearUsNow went viral on Twitter after Trump wrongfully insinuated that Muslim women are not “allowed” to speak.

One of Trump’s most infamous quotes during his campaign trail was his call for a “total and complete shutdown” of US borders to Muslims.

While his extreme vow was shot down for being impossible to enforce, he has instead promised to install “extreme vetting” for Muslims hoping to enter the country.

Trump also said he hopes to suspend immigration “from areas of the world where there is a proven history of terrorism against the United States, Europe or our allies”. 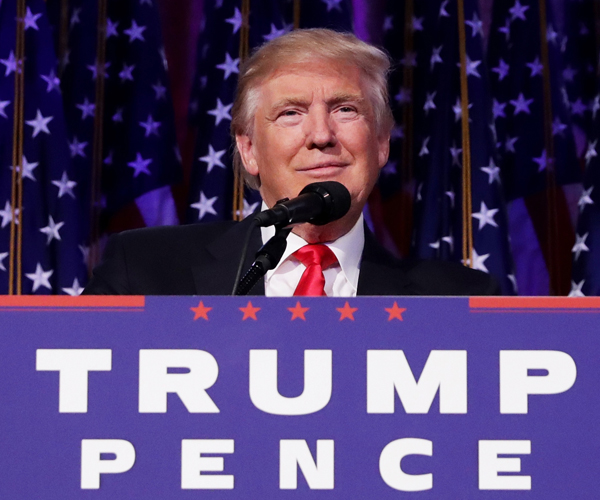 However, according to the First Amendment of the US Constitution, “Congress shall make no law respecting an establishment of religion, or prohibiting the free exercise thereof” – so it will remain to be seen how Trump’s anti-Islam stance changes the face of American politics.

He did vow in his victory speech, however, that it was “time for America to bind the wounds of division”.

“Working together we will begin the urgent task of rebuilding our nation and renewing the American dream,” said Trump.

“It’s a movement comprised of Americans from all races, religions, backgrounds and beliefs who want and expect our government to serve the people, and serve the people it will.”